Over the past few years « A List » International Film Festivals such as Cannes have been opening their selections to filmmakers working with animation (Red Turtle, Zombillennium, Mirai…), offering a new visibilty to those animation films that do not directly address children. But what happens to such titles once they leave the red carpets to venture into National distributions?

In the framework of the 21st edition of Cartoon Movie, Europa Distribution organised on March 5th a workshop for its members focusing on European animation films for adults. Over twenty independent distributors from across Europe and beyond attended the event to discuss with their foreign colleagues about the specific challenges of bringing adult animation to audiences who, in many territories, still automatically classify animation as a children subject.

Hana Chybíková from Aerofilms presented the marketing campaign that her company built in Czech Republic for the theatrical release of Teheran Taboo, winner of the last edition of the Scope100 project (more on Scope100 here). This European production, by the Iranian director Ali Soozandeh, adopted the rotoscoping animation technique to capture the atmosphere of contemporary Teheran where the director was not allowed to film. “We clearly saw that sex, drugs and sharia were the film’s main selling points,”commented Chybíková. Czech Republic does not, however, have a strong culture of animation films for adults; so Aerofilms’ main challenge was to overcome this perception in order to be able to bring the film to its natural audience.

The case of The Tower (Mats Grorud – France, Sweden, Norway) presented some similarities to Teheran Taboo, also being a film with strong political and social drivers. This cross-over animation film tells the stories of four generation of Palestinian refugees in Lebanon. The year of the release marked the 70thanniversary of the Palestinian exodus of Nakba.  For this reason the Swedish distributor Folkets Bio decided to target mainly adults, counting on a more socially aware audience and trying to involve +11 years old as a secondary target. Rose-Marie Strand explained that this was the reason why, after much discussion, Folkets Bio chose to show the film in the Arabic version rather than in the English one, and premiered the film in the largest Arabic Film Festival in Sweden.

When at the end of 2017 the time came to theatrically release Loving Vincent (Dorota Kobiela, Hugh Welchman – Poland, UK, USA) in Croatia and in Serbia, the local distributor 2i Film had no doubt the film should be addressed to an adult audience. 2i Film mainly targeted the art community, working on Van Gogh’s name and popularity. The film opened the Croatian release at the Filmofeel Fest in Zagreb where it got a great media coverage. “The film was the most watched at the festival and word-of-mouth generated from this opening was fantastic”,commented the distributor Ivana Horvat. In Serbia, 2i Film could count on the presence of two Serbian animators who had worked on the film. They met with the audience, signed posters and did interviews for national and local TVs, newspapers and web portals generating an “event” effect that benefited the release.

Leaving the European borders, the Spanish distributor Eduardo Escudero, Business Manager of A Contracorriente Films, discussed with his colleagues about the promotion of the Japanese film Mirai, presented in 2018 at the Directors’ Fortnight in Cannes. The film will be launched in Spain on March 15th with an experimental theatrical event release. The marketing strategy for the release ofMiraihas been developed by A Contracorriente in partnership with GRUVI. In the digital marketing era, distributors are always on the lookout for new tools that can help them keeping up to speed with this ever-evolving business. GRUVI’s special offer dedicated to Europa Distribution members was launched at the end of January 2019 and it is one of the many options available to distributors to gain new insights on the online market.

Despite the territorial specificities of each distribution market and the differences among the titles discussed, most of Europa Distribution’s members present at the workshop share similar concerns about their work. It clearly emerged that working with adult animation is challenging and it requires the capacity of targeting one’s audience in the most specific possible way. In this sense, data analysis offered by social media proves very effective. Passionate about their job, and about animation films, independent distributors always continue to experiment new paths and to look for successful strategies to bring the films they love a step closer to European audiences. 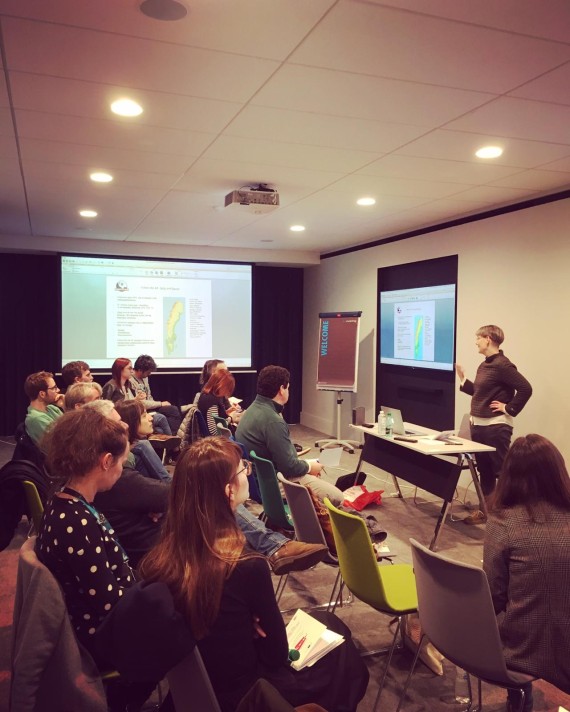