Immersed in the peaceful atmosphere of Karlovy Vary’s rivers and woods, thirty members of Europa Distribution took a step back from their daily working routine to acquire some new tools on Script Evaluation and share their perspectives with other distributors working in different territories.

It all started on a Monday. In partnership with the KVIFF – that on its 53rd edition counted over 13.000 accredited participants – Europa Distribution co-organized on July 2 a showcase session entitled «Artificial Intelligence and Script Analysis: Predicting Commercial and Critical Success for European and Independent Film». The CEO of ScriptBook Nadira Azermai introduced her company and explained the vision behind its recent foundation. Born in Belgium in 2015, ScriptBook is a 100% European start-up using Artificial Intelligence to provide fully automated screen-plays analysis and financial forecasts to producers, distributors and investors who wish to look into the AI crystal ball. How does that work? Based on what the machine has “learnt” about films (its algorithms are trained on dataset from 65.000 scripts and metadata from 15.000 movies), ScriptBook processes any script written or translated into English that can be uploaded directly on its online platform in a pdf format. According to Azermai one of the big advantages of bypassing human interference is that the evaluation is completely unbiased. And of course the machine is much faster than any human reader.

Besides offering a full analysis of the script in terms of rhythm, emotional potential, characters (likability, interactions…), genre and gender equality (Bechdel test), ScriptBook can also predict a MPAA rating, a net promoter score (taking the place of a focus group) and – quite important for distributors  – what financial success could the completed film have in a given European territory and even how many weeks it could last in cinemas. As in all AI mechanisms, the results can only be as good as the data and meta-data that the machine is given to process, and information such as casting, budget, talents involved also have an important impact when it comes to financial prevision. “In our view there is a value also in preventing certain projects from being made” affirms Azermai proudly showing data that reveal 84% accuracy when it came to greenlighting projects. “We see ScriptBook as a complementary tool that can be used to offer a validation criteria based on objective data; this can help to mitigate risks in a highly volatile business.”

Distributors in the room were interested to learn more about the kind of scripts that can be processed by ScriptBook and whether the machine could be useful to evaluate also very niche European arthouse films with no casting and no big names attached.  Azermai admitted that at the moment ScriptBook doesn’t have a rich database of such scripts and hasn’t therefore “learnt” how to read them but she added that, if the platform was provided a sufficient amount of arthouse film scripts on which to get trained, nothing would prevent Scriptbook from becoming a good talent scout for independent arthouse cinema as well.

While keeping in mind the potential of AI and objective machine evaluations, distributors on the next day turned their attention to the human and intuitive approach that guides their decision-making process when reading a script. On July 3 Europa Distribution organized for them a closed session with Isabelle Fauvel (Initiative Film), an experienced script consultant and project development advisor.  Fauvel introduced distributors to the world of film-development setting up a bridge between two sides of the business that so rarely get to meet. During this closed session the distributors discussed about their concerns when reading scripts and about the growing pressure for buying on script consequent to higher competition in local markets. Why do certain scripts immediately create a buzz in the industry? How much should that influence the decision-making? What is the best way to work with specialised agencies and external readers? Fauvel insisted that distributors should be wary of ready-made recipes and proto-types that define what a script should be like, because the essence of this business lays in originality and each project should be judged by its own specific premises. “When reading a script there are some useful questions to keep in mind. First of all, are you able to visualize the characters and the scenes? If the script is unable to create any mental image in the mind of its reader, this is not a good sign. Another bad sign is forgetting the screenplay soon after having read it.” Fauvel admitted that reading a script by a more established director is far easier, as one can have an idea of what the mise en scene would be like, and for this reason she recommends to search for any previous work of a director before reading her/his script: “Shorts can be very useful to offer an insight of a first-time director’s style”.   According to Fauvel there is another element, less obvious at first sight, that should be considered when reading any kind of script: “You should ask yourself what is the emergency behind that script. Why has the director embraced that specific project in that particular moment of his/her career? Is there something crucial the director needs to deliver? Is there anything special and original in this script?”. When asked about the best way to improve one’s ability to evaluate scripts, Fauvel encouraged distributors, especially those just starting in this specific field, to train themselves with scripts from films they already know. “The more scripts you will read, the more you’ll be able to rely on your instinct for buying the film you need in your line-up.”

Besides taking part to the first edition of the Script Evaluation workshop distributors attended Festival activities and work-in-progress sessions. Europa Distribution members also met the Lux Film Prize team, who had just announced the 10 films in Official Selection on July 1, to discuss about how the films competing for the Prize (to be announced on July 24) could best benefit from their joint efforts.

In August Europa Distribution will be present in Haugesund to talk about the releases of Scandinavian titles across Europe and beyond and then in September, the association will fly to San Sebastian to discuss about how distributors can give films from their catalogue (films older than 3 years) a new life after the usual first windows. Stay tuned and… Let’s talk! 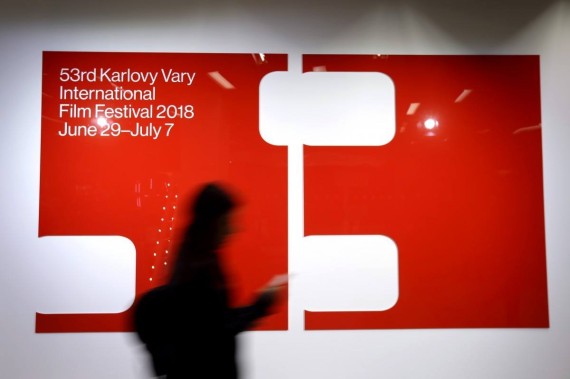