In the framework of the 20th Edition of Cartoon Movie, Europa Distribution organized on March 7th a workshop dedicated to those many independent distributors within the Association who are engaged in bringing independent and European animation films to local audiences. While many members are habitués of the Cartoon event, and have a long experience with animation releases, this was for others the occasion to get more familiar with the specificities of the animation and benefit from their colleagues’ expertise. To unveil the secrets of distributing animation, nothing better than getting practical: the distributors present in Bordeaux focused their attention on four specific titles and compared the different marketing approaches and results obtained in their respective countries.

The first film to be discussed was Ballerina (Eric Summer, Éric Warin – France). Eduardo Escudero (A contra corriente films – Spain) and Madeleine Hammar (Njuta Films – Sweden) compared the opposite marketing strategies they adopted for their local market, that lead the film to success in both countries. “The Latin culture in Spain prevented us from marketing a film called “Ballerina” to boys, but we felt the title was really strong so we kept it and went all the way into tutus, aiming at young girls only. The main tagline we used to address them was Fulfill your dreams!”. The strategy proved successful, turning the film into a big hit in Spain that placed it, in terms of admissions, at the same level as Sony’s Smurfs. The Hidden Village.  Ntjuta Films, operating in a very different market, opted for a radically different strategy. “We felt the side story of the boy inventor was very important and that it could help us to address to all children. In Sweden parents don’t like products only addressed to boys or to girls, there’s just one children culture. So we chose a poster where you could see the female protagonist with her male friend, the inventor, and we changed the titles in Ballerinan och Uppfinnaren, which translates into “The Ballerina and the Inventor”. It was a huge success and we got over three times the admissions we had expected”, stated Madeliene Hammar.

The distribution company Profilms has become over the past years the leading distribution company in Bulgaria for independent animation. Emil Simeonov presented the case of Richard the Stork (Toby Genkel, Reza Memari – Germany, Belgium), one of most sold independent animation films of the year. “In our experience we learnt that to bring kids to the cinema you first need to convince their parents. For this film we engaged the audience in contests for which we created specific merchandise. The cinemas were also involved, with t-shirts their employees could wear as well as stickers and banners to show.”

But what about less commercial animation? The third film to be discussed was Zombillenium (Arthur de Pins, Alexis Ducord – France), a film with a most successful festival career, presented for the first time in Cannes in 2017. “We released the film in the French part of Switzerland before Halloween, on the same date as France”, explained Corinne Rossi from Praesens. The film faced a huge competition from Emojy Movie, released on the same day, and from three more mainstream animation films that were still screening at the time (My Little Pony, Lego Ninja Movie and Cars 3), which made the release challenging. The pressure that French-speaking territories have to follow French release date can sometimes prove problematic but in regard with Zombillenium this wasn’t the case for Belgium. Thomas Verkaeren from O’Brother Distribution explained that for them the French release date worked very well for French-speaking Belgium: “We put all our efforts on keeping the film successfully in cinemas in the first week, before the Halloween vacations. So instead of setting up previews we organized a lot of events in the first week of the release. A key factor in the film’s success was the involvement of the Kinepolis cinema chain that screened Zombillenium’s teaser since August and used our material to promote the film.”

Going back to Switzerland, Corinne Rossi discussed the elements that built the success of My life as a Courgette (Claude Barras – Switzerland). “We had a huge support from the press, thanks also to the presence of the producers and the director of the film who made themselves very available. The word-of-mouth spread so much that all the cinemas of the French-speaking area ended up screening the film!” And the success of the film continued afterwards: thanks to the partnership with a local bookstore that accepted to sell the DVD, My life as a Courgette became the 2nd most sold DVD of the year in Switzerland (after Doctor Strange) while the school screenings continued to bring new admissions. The film was also a success in Belgium, where it was released by Cinéart one week after France and Switzerland. “Our main competitors – explains Arnaud de Haan – were Trolls and Sausage Party, not at all arthouse animation, so our goal was to convince first the parents. We had on our side great press reviews and, along with other marketing materials, we created pedagogical kits to support the school screenings that amounted to 20% of our admissions.”

When independent distributors take the risk of bringing to their local audience non-mainstream animation, no magical recipe can be summoned to ensure their success and much can change from one territory to another. Success can come from opposite marketing approaches, while the same strategy can bring very different outcomes in different territories. Careful planning, choice of release date, involvement of cinemas, local partnerships and strong marketing campaigns are all essential parts of the game. Looking further ahead, education can also play a big role, at least in those countries where cinema is integrated in school programs, not only helping the film to have longer and more sustainable life in the specific country, but also creating an audience for the independent animation of tomorrow.

Europa Distribution is very happy to renew its partnership with Cartoon Movie next year, bringing to its members another moment of reflection on the specific challenges of releasing animation, right in the heart of the best European animation projects of the moment. 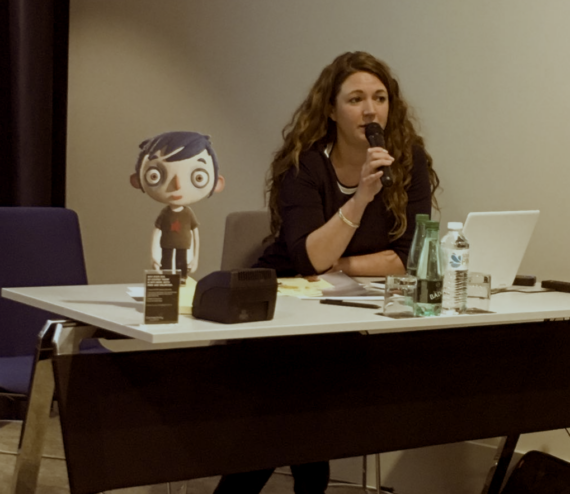