The “Seven Year Itch” turns out well for the Bíó Paradís, a cinema and distribution company in Iceland that is showing European arthouse films and U.S. independents. With “Moonlight”, the distributor released for the first time a movie that was also booked by other exhibitors in Reykjavík. “We are releasing the kind of films that other exhibitors don’t want to occupy their screens with”, says Hronn Sveinsdóttir, Managing Director of Bíó Paradís.  “But when ‘Moonlight’ won the Oscar for Best Picture which we had already released in January, another exhibitor wanted to screen it.”

Founded as a non-profit cinema by a society of filmmakers in 2010, Bíó Paradís started as the only arthouse cinema in Iceland. While the commercial cinemas in Iceland are showing Hollywood movies, the approach of Bíó Paradís is to present independent films from all across the world. The three other distribution companies in Iceland are having output deals with the major studios and are programming their own cinemas. “We realized quickly that we didn’t have access to the films that we want to screen”, Hronn Sveinsdóttir points out. “Therefore we had to start our own distribution company.”

Bíó Paradís needs to be self-sufficient. “We rely on our own films which are released in our cinema.” If a film has 1000 or more cinemagoers, it is a success. The average number of viewers for an independent film is around 500 people or less. It may seem very little but the perspective can change if we take into account that Iceland has a total number of 300 000 inhabitants.  Among them are 120 000 people who are living in the capital of Reykjavík. The films that are attracting a wider audience are Scandinavian movies. “Most of our films are European. The more Nordic they are, the more likely they succeed while films from Italy, Spain or Greece are too exotic for the audience – but there are also exceptions.”

If Hronn Sveinsdóttir believes in a film, she programs it twice a day.  Among Bíó Paradís’ most successful films was “The Tourist” by Ruben Ostlund with about 3 000 moviegoers. 2 500 of the tickets were sold in their own cinema three-plex. The distributor also had high hopes for “The Square” which opened slow due to the warm weather and a popular Islandic film that was released at the same time.

About three quarter of the films at the Bíó Paradís are own releases, among them also documentaries. The distributor is opening about 25 films per year. “We can’t release films in the summer time. It is easier if we get a film from another distributor because we don’t have to buy, prepare and pay for materials nor are we responsible for the marketing”, stresses the distributor. “We try to work cost efficient but if we release a film ourselves, it is more work, more expensive and we have a higher risk.” Among the titles which they got from Islandic distributors are “The Limehouse Golem”, “The King’s Choice” and “Final Portrait”. “They often get films in a package that are more artistic film which they give to us or put them straight to VOD.”

When it comes to film acquisitions, Bíó Paradís is sometimes struggling with high MG fees that don’t work for the small arthouse market in Iceland. “We can’t pay the same MG for an arthouse film as a distributor in a big country like Sweden”, says the distributor. “Some smaller arthouse sales agents understand that they can’t squeeze more out of us than 500 or 1000 Euros.”  Most of the films that the company is releasing attract not more than 300 cinemagoers. Therefore, the distributor can’t afford high charges for materials such as trailer, stills, artwork or the screening link for the translator. “We rather skip a film because we don’t even have DVD sales and VoD doesn’t replace that at all.” But the distributor has a very good relationship with the Icelandic TV channel RUV that is interested in arthouse films. “They are dealing in a relatively small market with a limited budget but they take a lot of our titles.”

The distributors in Iceland prefer to screen their films in their own cinemas because they make more money with concession than with ticket sales. It is a tradition in Iceland that all cinemas are doing intermissions for 15 minutes. “They put on the lights and music in the middle of the film so that people buy drinks and popcorn”, explains Hronn Sveinsdóttir. “We don’t do that because it ruins the film.” The only exception is Friday night when Bíó Paradís presents “Party Screenings” with commercial films such as the “Mamma Mia” sing-along screenings or the “Rocky Horror Picture Show”. During the break, the visitors can go to the bar. Drinks and popcorn are an important source of revenue for the cinemas. The average ticket costs almost 13 euro but 24 percent of the total is VAT. “We have discounts for students and disabled persons but we also offer six tickets for a discount price as well as a year pass.” Thanks to the special events, the downtown cinema in Reykjavik is getting a wider audience every year.

On Saturday, the Bíó Paradís presents special events that are completely sold out. When the digitally restored version of an old Icelandic comedy from 1984 was shown for the first time since then in the presence of all the actors, even the Icelandic TV covered the event. On Sundays, the Bíó Paradís presents the “Black Sunday” series with a classic film such as  “Eraserhead”. “We ask local people on social media to make a new poster for the film so they are getting excited about this event.” In addition to the 20 special events each month, the cinema also offers a film literacy program for children, teenagers and college students.

Most of the marketing is launched on social media such as Instagram and Facebook. “We have up to 40 events at the same time on Facebook”, says the Managing Director who runs the cinema and distribution outfit together with one colleague. “We start to market a film three, four months in advance.” The tickets for the special Christmas screenings at the Bíó Paradís were already sold in September. “It often happens through Facebook and Instagram that people pre-buy tickets online.” The independent distributor is also placing ads on YouTube and Google. While TV spots and newspaper ads are too expensive, Bíó Paradís also does radio spots.  But social media are the most affordable way to market and advertise a film. “It doesn’t cost so much but it takes time to engage with the audience and to get them involved in an event.“

Although the social media deliver a lot of information about the customers, Bíó Paradís is not into Big data yet. “The information where our audience buys the tickets and if they go on our articles on social media is available for us but we don’t have time to analyze it yet”, says Hronn Sveinsdóttir.

Considering how successful Bíó Paradís has grown in the last few years, it has every reason to be optimistic about the future. “Our audience is becoming more diverse and more adept in cinema culture. Now we focus on raising the next generation, who will grow up with the culture of going to the cinema with their peers, whether it is for Party Screenings or more serious arthouse films”, sums up the Managing Director of Bíó Paradís. “And we know the commercial cinemas in Iceland and worldwide are suffering because of illegal downloading and competition with other entertainment, we on the other hand are growing. The future is bright for Bíó Paradís because what we do cannot be downloaded on Pirate Bay or enjoyed alone on the flat screen at home.”

Before Bíó Paradís came along, this kind of films would not be screened in Iceland. Hronn Sveinsdóttir finds it more difficult to continue distributing the variety of films that she currently releases without better support. “The cost of P&A is simply too high for such a small market and it takes a lot of effort to market art house films over here.” It is clear for her that some things in the distribution model need to be changed if the smaller arthouse titles are going to keep on being  distributed and screened in smaller areas such as Iceland. “Larger arthouse titles are doing better with us, so the future is bright in that sense, that we are able to market larger art house titles that the general public would not consider going to before”, concludes the distributor. “Now they are more willing to take a chance on a non-Hollywood film, because they trust our program and our brand.” 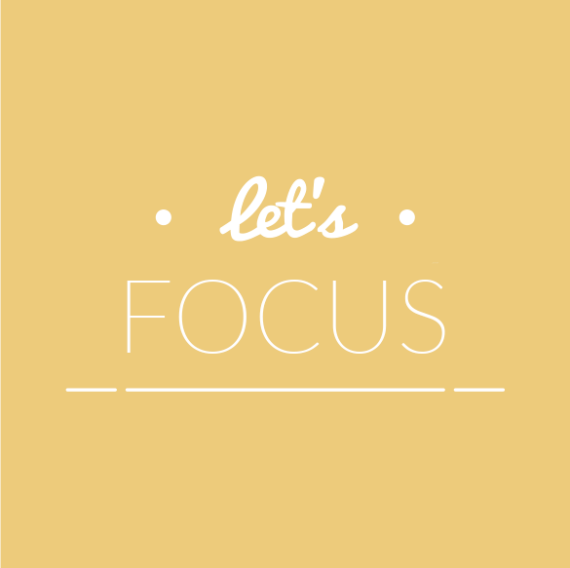