We caught up with Adeline Margueron, Head of Distribution at Liège-based outfit Le Parc Distribution. Our conversation revolved around the company’s line-up and strategies, the support measures implemented to fight the healthcare crisis and the distribution of family-orientated and animated films in the French-speaking part of Belgium.

How would you describe your company’s line-up and its editorial policy?

Distribution is just one of the many activities of our cultural centre Les Grignoux. We’re based in Liège, in the French-speaking part of Belgium. The centre was founded over 40 years ago and our main activity is exhibition. We own four cinemas; three are in the city centre of Liège, one in the city centre of Namur. We organise school matinees in all the cinemas of the French-speaking Belgium and Brussels. We have established partnerships with other exhibitors, cultural centres and schools to organise these screenings. We also own two cafes and one restaurant. And, we obviously have a distribution arm. We release 11-12 titles per year, and these are mostly family-orientated and animated films. Our focus is to distribute toddler-friendly films, targeted for children aged 3-5. We pick animation and documentary films, mostly, but sometimes also some fiction features, usually one or two per year. It’s quite a wide range of releases, and this diversifies our work as well. We’re a team of two working full-time for the distribution arm but, of course, we collaborate with the other divisions of the cultural centre, including programming, financing and communication.

What are the local market’s main complexities and particularities?

Differently from other Belgian players, who distribute both in the Flemish- and French-speaking parts of Belgium, we only work with francophone territories, namely the Wallonia region and Brussels. It’s a very little market, accounting for about 4 million inhabitants. Our target audience are toddlers and children – a little target for a little market [laughs]! The cinemas in the French-speaking part of Belgium are usually commercial multiplexes owned by chains such as UGC, Pathé and Imagix. There are not so many arthouse cinemas, [they are] less than ten, actually… So our market is not big, logically, and we release our films in 5-8 theatres. We also do some more work for reruns of our titles in smaller cities. All in all, one of the specificities of the Belgian French-speaking market is the scarcity of venues where to screen films. Besides, we do depend a lot on France. It’s very difficult to distribute a film in the French-speaking part of Belgium which hasn’t been already released in France. It’s very important for French and foreign films to follow the French theatrical distribution calendar, especially when you deal with big releases. For the smaller titles, such as shorts or toddler-friendly films, we can wait and delay the release a little bit. On the whole, it’s a complicated market… We’re a bilingual country, with a limited number of screens and we need to adjust to our bigger neighbour’s windows.

What added value does your work as a distributor bring, especially when it comes to promoting European films?

I believe it’s very important to bring European arthouse films to audiences. I believe we need to build the audience of tomorrow and it is a matter of survival for films to be still shown in theatres. I think what we do is crucial and it favours the circulation of works and ideas. As for European films, I believe cinema is a very good way to make people ‘feel’ what Europe is, even though it is still a concept difficult to define. And, that’s why we need to release more European films.

What was the most successful promotion campaign on a European film that you had so far? What was its secret ingredient?

The secret is always knowing your territory, and what the audience demands. It’s important to work at a local level and organise events so that arthouse and European content can reach spectators. We work in a very competitive market with majors and other big studios which can invest huge sums for their marketing campaigns, and obviously we don’t have their financial capacity. We’ve a small catalogue, but we’ve also the ability to reach a defined target audience and sensitise it. To achieve this, you need to build very close relationships with exhibitors and associations which can help to promote your titles. Perhaps, our most successful campaign was that of Cyril Dion and Mélanie Laurent’s Tomorrow (2015). We almost reached 200,000 admissions: it’s been a huge success. We worked in close co-operation with community associations, movements and the trade unions. We established more than 100 partnerships of this kind for this film. It’s been quite an extensive work, but it’s also been interesting to see how we intercepted spectators from very remote areas who came to attend our film’s screenings. Somehow, we tackled the citizens’ concerns and tried to answer their questions by inviting them to watch the documentary.

We only distribute films theatrically. This is one of our specificities. We’re a small team and the way distribution was set within the framework of our activities implies that we only buy theatrical rights.

Concerning the healthcare emergency, what has been put in place by the government in terms of aid measures for distributors?

The Centre du Cinéma et de l’Audiovisuel of the Wallonia-Brussels region did back exhibitors and distributors. Each time we were forced to shut down, we were able to apply for special subsidies. The centre also provided additional support to promote the releases of films taking place after the reopening. Thus, as exhibitors and distributors, we did receive some help. It wasn’t as much as we expected, but it was enough to keep our business running.

How do you see the near future of foreign circulation of European films and its reaching audiences?

At the moment, I don’t know how we’ll go through the winter. I fear the healthcare situation might worsen. So, if we stay open and we can keep working, I think we’ll go through this. The relationships with the platforms, the economic situation, all of this is very complicated, and the arthouse distributors are really struggling… But if there’re no arthouse distributors, European auteur films won’t be able to hit cinemas. That’s why we need public support. So, for me this is a matter of survival. I think the toughest times are ahead, and in particular the next two, three years will be crucial for us.

What brought you to work in film distribution?

I studied History of Film. Then at some point in my life I was looking for a job, and I found it in the field of distribution. So, I started working as a distributor. Before applying for that job, I didn’t really know what distribution was. It’s been interesting to learn things through practice. It’s been a very hands-on experience. As a distributor, you’re at the crossroads of many fields. You need to know a bit of everything, including communication, rights management, press work, exhibition… All in all, it’s a very enriching job. I started ten years ago. I don’t know how many films I distributed as the head of distribution – I took this position five, six years ago – but probably around 60-70. 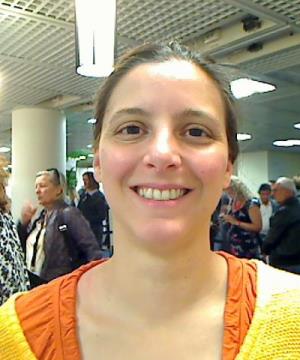