Vilnius International Film Festival celebrated its 25th anniversary this year, but due to COVID-19, their extensive schedule of celebratory events had to be cancelled. At very short notice, they managed to move the Festival online, giving a boost to local VOD platforms. After the close of the festival, we talked to Aistė Račaitytė, the festival’s programmer, who is also Head of Acquisitions at their sister distribution company, Kino Pavasaris Distribution.

What kind of films do you look to acquire at Kino Pavasaris?

Kino Pavasaris Distribution is attached to the Vilnius International Film Festival, so we pick up big auteur films, titles such as Shoplifters, Capernaum, and Parasite. When we distribute them, it is the same team that works across the festival and distribution. For example, at the festival, I’m the programmer and then handling acquisitions and the distribution team. Our general audience is a loyal festival goer. They tend to be a bit younger than the traditional western European arthouse cinema audience. Our audience ranges from around 25 – 50, we don’t have many of the over. Our core audience is around 35-50.

What’s been your most successful release?

Last year, the bigger titles were Shoplifters, Capernaum and Queen of Hearts. We really managed to make the most out of the films. When you combine the festival admissions together with the regular theatrical admissions, we get numbers that are much higher than regular releases. When we acquire over 20 titles a year we know, these two-three films may reach 8-10K admissions, these probably will be 4-5K admissions, and these will be 2K or lower. We are buying very diverse titles, from the big names and big auteur films like Nuri Bilge Ceylan, we had Wild Pear Tree. For us, it is a prestige title, we know that the total admissions will probably be 2,000 and that’s totally fine.

What are the main distribution challenges in Lithuania?

The biggest challenge is the lack of arthouse cinemas — in the capital we have two and then there are a few in other cities, but they are likely to combine arthouse with commercial films in their programming. We don’t have that arthouse tradition in Lithuania, where you can guarantee that a film will have full screenings for at least the 1st week, usually it’s 3-4 screenings per week. The main cinema chain, Forum Cinemas, holds most of the power. They don’t take many arthouse titles, maybe just in one of their cinemas and in order to screen there we need to compromise on the percentage share. As an arthouse distributor we have to rely on the one-screen cinemas across the country, and their programming tends to be pretty diverse. For example, they will play our film next to a very commercial local film.

In terms of competition, are there other distributors releasing similar titles to you?

Actually yes, there is a lot of competition, even though it’s a small country there are a lot of arthouse distributors. Some of them are cinema owners, some are attached to festivals, like us. Distribution is becoming more and more diverse but due to the lack of cinemas it is harder to find a proper slot for arthouse films.

From the acquisitions point of view, I’m noticing that because of the competition and the number of distributors in the territory, it has led to a really big increase in the level of MGs. Lithuania also falls under various multi-territory deals, which could be either Scandinavia or ex-Soviet Union countries, or the Baltic States. Distributors from Russia or Ukraine that are buying for CIS are saying that they desperately need to include Baltic States and they’re paying high prices for these titles and so the sales agents don’t have a choice and include the Baltic States. But when it comes to releasing the films, they rarely release them in Lithuania. Even if in some cases they seek to sub-licence to a Lithuanian distributor, they charge unrealistic prices, so in many cases it is much more expensive than to buy straight from the sales agent. It is difficult because we want to work with these titles, and know we could be the right distributor, but sometimes we just can’t justify the cost. It becomes disproportional, the actual potential of the films, in terms of box office and revenue and the cost to acquire them.

Do you ever acquire films with other distributors, for example across the Baltic States?

I work closely with other distributors in Latvia and I have several partners in Estonia. That allows us to buy for the Baltic States which makes things easier. However, it takes time to build a durable relationship with the sales agents to prove we are the best option and so they can try to exclude the Baltics when they do multi-territory deals. I really believe in this cooperation between the Baltic States. We’re very small and we’re talking about very small numbers of admissions, so every euro counts and if we can collaborate on materials, we can split the costs, it is already a big advantage. And it’s really important to emphasise that Baltic States, even though usually considered as one territory, consist of three very different countries, languages and cinema going habits, so I really believe local distributors know best how to work with the films.

What is the general split of the income between the different revenue streams – theatrical/DVD/VOD etc.?

As we have a wide and varied catalogue it is hard to say, but looking at the annual breakdown, theatrical is around 35%, non-theatrical/festivals & other special screenings is 35%, Free TV is 15% and from VOD platforms around 15%, we don’t have any revenue from Pay TV or DVD.

After this festival it’s evolved quite a bit. After two weeks we crossed over 50,000 views. If our festival had taken place physically, we had expected 150,000 admissions. Our partnering data analyst company made a survey, which concluded that on average two people are watching per one view, so we got close to the previous festival edition result – 126k admissions., But I think that the shift to digital really boosted the local VOD platforms. The festival took place on five platforms and some of them were very new and relatively unknown and I think we increased their viewer numbers. Lithuania has a very high piracy rate and many people are unaware of legal ways of watching films at home and I think this festival was really great promotion for the platforms. Similar to previous years, we saw some of our distributed films during festival reaching really high VOD numbers, this year it was Parasite, Corpus Christi, Proxima, and some performing more modestly. We’ll keep the films on VOD platforms until the end of quarantine restrictions when the films will get an opportunity to have limited theatrical releases. It’s really interesting whether that will work at all, but that’s the times we’re living in – we need to learn on the go.

I started working as a programmer seven years ago and the festival started its distribution activity. It was something I was always interested in and then I was offered the position of Head of Acquisitions. It’s a pleasure to be able to work with great content and to fight for titles that you’re passionate about, not the titles that are left over. 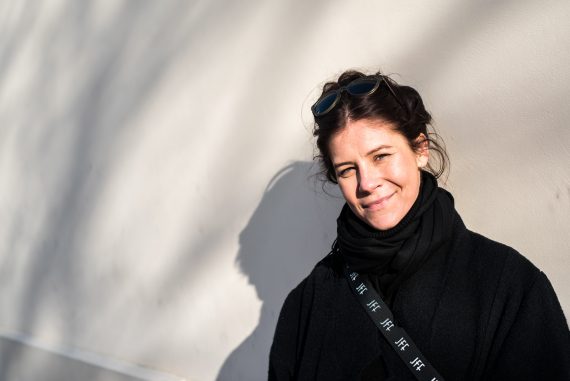