We talked to our member Eduardo Escudero, one of the founders of Spanish distributor A Contracorriente Films, about their catalogue, the situation of the Spanish market and the future of the sector after the pandemic.

The name A Contracorriente Films (“against the current”) has always been a statement of intentions. We wanted to follow a different editorial policy, focused on “feel-good” movies and European productions. We are very careful with our acquisitions, trying to buy finished products whenever we can. The most important thing for us is to generate a good catalogue, work with titles that we love and at the same time that have potential to reach the audience. In 2013, we were lucky enough to release The Intouchables, which had an unprecedented success (2.6 million tickets sold in Spain). At the time we had an internal discussion in the company, about whether we should change the strategy for our acquisitions and try to acquire bigger titles, but we decided not to change our line-up. Apart from distribution, we also work in film production. We are the producers of The Bookshop by Isabel Coixet, which won the Goya Award for Best Film in 2017. We also got into exhibition recently, managing various cinemas in Madrid and Barcelona. However, this is all synergetic to our roles as distributors.

What are the specificities of the Spanish market?

A lot of new companies emerged during the 2008 financial crisis, including ours, so the market became very fragmented. An average of 12 titles are being released in cinemas every week. We are of course necessary co-operators in this situation, because we release almost 20 films every year, but we also suffer the consequences. Only 3 or 4 titles manage to survive the first week, so there is a slow but steady decrease in the number of admissions for European titles. We had a very good year in terms of total admissions, but these are becoming more concentrated in fewer titles. We have to ask ourselves if we should change the strategy for specific products. Cinema is a great collective experience, but collective means that there must be at least two people in the room. We must explore other options, think about programming and making windows more flexible so films can be available to be exploited in other platforms as soon as possible.

How are you dealing with the current situation?

Everything is uncertain now. We don’t know how long this will last, when will we be able to reopen the cinemas and under which conditions. When things get back to normal we will have to base our strategy in building trust, so that people know that it is safe to go back to the cinemas. We will also have to do some kind of campaign in terms of price, and of course we have to offer good products. In the meantime, we must take all the necessary measures. As exhibitors, we are afraid of not being able to communicate with our audience, so we decided to launch Sala Virtual de Cine (Virtual Cinema Room). It is mainly a communication tool, which also allows us to share some income with the theatres, which are the most vulnerable in this situation. People can register in this “room” with codes provided by the participant cinemas, which allows them to watch some films online. The idea is to include films that were supposed to be released during these months, as well as some titles that were at the top of the box-office when the lockdown happened. In any case, we want to clarify that this is only a provisional measure within an exceptional situation.

About 40% comes from theatrical, 50% from TV, VOD and subscriptions, and the other 10% from home entertainment. Some years ago we hoped transactional VOD could replaced the old rental market for DVD, which used to generated a huge volume of income. However, with the arrival of streaming platforms people stopped paying for individual content, so there has been a decrease in the transactional market. On the other hand, European arthouse cinema has never been a priority for the major platforms. We keep working with all of them, although not as much as we want. Let’s see what happens with the new EU directive. It should ensure that at least 30% of the content on these platforms comes from European production.

Is there any specific film or campaign that you are especially proud of?

We have been very successful with some of our titles, but not necessarily in terms of revenue. One example would be Ballerina, a French-Canadian animation film. It was the first independent animation film to be released successfully in theatres without the support of private televisions. We loved the film and were really motivated, so we managed to get exhibitors on board. We designed a very ambitious campaign, and eventually the film reached 1.4 million admissions. It was a milestone. Another example was the film Quo Vado, which became a box-office champion in Italy but didn’t work in any another country. We decided to change the approach, focusing on the North-South stereotypes, which had already been explored in other titles like Welcome to the Sticks or Spanish Affair. The film made over 300 thousand admissions, which was also a big success.

What motivates you to work in distribution? How do you think the future will look like?

As I said, A Contracorriente Films is not only a name. We try new strategies and do things that nobody else has done before. We are constantly exploring, so it is very exciting. Sometimes we fail, but we always try to learn from the experience. As for the future, it is undeniable that people demand more content than ever. We would like to bring young people back to the theatres. In that sense, public institutions and televisions have a very important mission. We also have to keep working to make content available through other platforms. It is crucial to adapt our campaigns, give more importance to digital marketing and learn how to better reach our target. We have to continue doing what distributors have always done: connect the audience with a content, providing added value with our work. 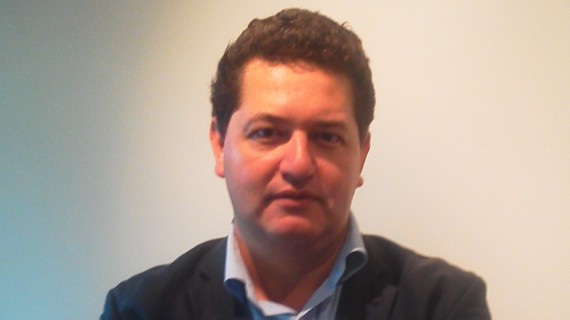