Emil Simeonov, co-founder and General Manager of Bulgaria’s Pro Films, breaks down the situation of the Bulgarian market for independent film distribution, which relies entirely on the theatrical window.

Due to the coronavirus outbreak, all cinemas in the country were closed from March 13 until May 18, when the ban was officially lifted. However, due to a lack of state support and a shortage of films available for release, most theatres remained closed, threatening the survival of the few independent distributors in the country.

What is the editorial policy of your company and why?

We founded Pro Films almost 15 years ago as a distribution company for European titles. At that time it was a very good and healthy market: piracy was still very low and there was a niche for arthouse films. A few years ago, we started to refocus our lineup on animated feature films, mainly because the level of piracy became so high that it almost killed the theatrical market for arthouse distribution. When we started, there were more than 15 independent distributors operating in the country, now there are only 4.

Do you have any other lines of work apart from distribution?

The Bulgarian market is so small that one film could bring down a whole company if it happens to be a big flop. That’s why we have diversified our business: we have our own cinema, a small publishing company and a dubbing studio for film and TV productions. We also produced some local titles a few years ago. This is how we managed to survive in such a small market with extremely high levels of piracy.

What are the other challenges of the Bulgarian market?

The biggest challenge is that the whole exhibition side is held by two big cinema chains, which have 90% of the total box office. They also have sister companies who represent all Hollywood studios in the territory, so they basically control the distribution market as well. Unfortunately, after the pandemic, it will be even worse. We have around 25 independent small cinemas in the whole country, but if this situation continues, I believe that maybe 20-30% of those cinemas won’t open again.

What has been the impact of the COVID-19 pandemic for your releases?

There are no cinemas to distribute our films, that’s the main problem. On the other side, we already paid MGs to the sales agents for the rights. Before the lockdown, we had a couple of movies ready to be released, so we had spent a lot of money on the promotion campaigns. All that money is lost, and probably we won’t have the chance to recover. Meanwhile, the big Hollywood studios have their own cinema chains, and they have postponed all their movies. Whenever cinemas reopen, there will be absolutely no place for independent titles, because all the screens will be taken by Hollywood productions.

What kind of measures were implemented by the government to help distributors overcome this situation?

Absolutely nothing. There has been almost no support for the culture industry. They just ordered to close cinemas overnight, and that was it. There are some support schemes for stage theatres, but this doesn’t apply to cinemas. That’s why I believe that, apart from the two big chains, a lot of small venues will not survive.

What are the expectations regarding cinema reopenings?

The government allowed the reopening a couple of weeks ago, but cinemas can’t simply open without new movies. About 90% of the screens are still closed in Bulgaria. The few cinemas that opened are now considering to close again, because they are not selling any tickets. On the first weekend, the total box office for the whole country was 325€. People are still afraid to go back to the theatres and there are no new releases.

As for our cinema, we have two options: One is to open on August 12, because that might be the release date for Tenet (Christopher Nolan, 2020), which would be the first release in Bulgaria in 5 months. However, if Warner decides to postpone the movie again, the other option is to open at the end of September.

As a distributor, how much of your income comes from theatrical compared to other windows?

This is another very specific trait of the Bulgarian market: there is no other window apart from theatrical. We don’t have a DVD market. We don’t have Pay-TV channels buying arthouse films. There are only two local VOD services, but these are owned by telecom companies and they don’t buy any rights from independent distributors. As for Free-TV deals, the average price for arthouse titles is €300-350 for a 2-years period, and the best offer we got in the last 10 years was €2000 for Dolor y Gloria (Pedro Almodóvar, 2019), which was an exception. In terms of distribution, all of our income comes from theatrical. If we only had the distribution company, we would have been bankrupt by now. Especially after all we spent on MGs and promotion for those two movies we were about to release before the lockdown. It is essential to have a diversified business to survive.

What has been your most successful promotional campaign for a European film?

We had some special cases with animation films over the last few years, like Luis and the Aliens (Christoph Lauenstein & Wolfgang Lauenstein, 2018) or Richard the stork (Toby Genkel & Reza Memari, 2017). We had some very popular actors and singers dubbing the characters, so we made a lot of promotion with them. We shot a lot of small videos with famous people, inviting the kids and their parents to go to the cinemas. It’s not something very original, but no one else does it in the country, therefore it was very successful. People still remember those campaigns.

How did you start working in distribution and what keeps you motivated?

First of all, my love for cinema. I started in this business 25 years ago, working for the first private cinema in Bulgaria after Communism. For me, this is a way of life. At the moment, we are experiencing something we haven’t seen before. No one could ever imagine that for 4-5 months all the cinemas in the world would be closed. This is challenging by itself, so we have to find ways to cope with it, to survive and to prove that there is a need for cinemas and films. Believe it or not, a few of our government representatives, including the Minister of Culture, have said on interviews over the last three months that cinema and culture were not so important for people. I think it is quite a big motivation to prove them wrong. 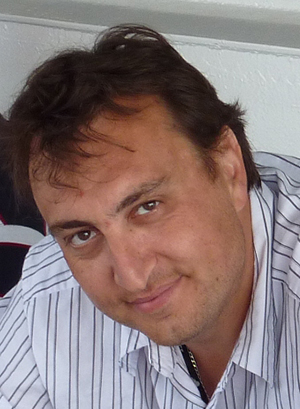