We chatted with Hans Kok, Managing Partner of Dutch distribution company Arti Film, about their release strategy, the challenges of working in a very competitive market and their thoughts about the impact of the lockdown caused by the coronavirus.

We release 12 movies every year, half of them LGBT related. For these we have a special release schedule; every two months a so-called “Gay Film Special”, which we organise in 20 cinemas. The other 6 titles are arthouse movies from all over the world, with a focus on European cinema. These are launched with a nationwide P&A, and we basically have to make our money with these titles. We have kept this strategy for the past 5 years, and it works for us. We always have Benelux rights for our titles, but the main market is the Netherlands.

What are the main particularities of working across territories?

Netherlands is a mature market for arthouse movies, but we are facing a lot of competition. There are around 28 distributors in the market, including the big studios. That means we need to have a clear strategy for our releases, because every week there are around 9-10 new films coming to the theatres. Ten years ago, there were 350 movies being released every year, but now we are reaching 500. Therefore, we need to have strong movies that can reach enough admissions to cover our policy. As for the Belgian market, I think it is becoming more and more interested in arthouse cinema. It used to be really small, but now there are more investments being done in cinemas.

How are you experiencing the current situation with the lockdown?

It is really tough. The Dutch government has offered to all companies facing this situation to cover 90% of their salaries during March/April/May. That would be really helpful for a lot of companies, including distributors and exhibitors. We have decided to postpone a few releases and make some movies available through a VOD platform called Picl. This service has been operating for some years, but right now is attracting more viewers. Picl offers a pay-per-view of arthouse films in the same week of the theatrical release. The price per view is around 8,5€, almost the same as a movie ticket. However, it is not a substitute for theatrical. The current situation is that starting June the cinemas may reopen under certain restrictions. In the upcoming weeks there will be a lot of new films piling up, and all of them want to have a place in the theatres when these reopen. More than a hundred movies would have been released in three months. That’s one-fifth of the year total, so what’s happening with all these movies? Are they all going to be postponed? As a company you have to decide whether you want to release a movie in the cinema in a busy period, postpone it or be happy with a small DVD/VOD income. Every company faces this issue.

We had a great campaign two years ago with the documentary Grace Jones: Bloodlight and Bami, by Sophie Fiennes. The USP was to have a unique and very recognizable figure. It was very clear for the audience what the movie was about, because Grace Jones is very well known. They knew what to expect. We also invited the director to the Netherlands for the avant-première. We organized various exclusive screenings on a Pink Festival and on a Music Documentary Festival and that resulted in a lot of buzz around the movie on social media. We organized interviews with the most important media outlets in the country. The day of the première in August we had coverage in all 5 main daily newspapers, but also on different movie websites. Newspapers wanted to talk about the film because it was something different and unique. Further we had TV coverage in three different television shows, and one show had a special of 20 minutes interview with Grace Jones herself in London.

Around 75% of our turnover comes from theatrical, 15% is VOD and 10% is DVD. We were not able to sell to TV in the past few years. In terms of its evolution, VOD is becoming more important, while DVD keeps dropping, which is a normal trend in the market. Theatrical keeps the same percentage, so as a company we are really dependant on cinemas. VOD is not yet an alternative, so we are missing a lot of things at the moment.

Why did you start working in film distribution and how do you see the future?

The main reason was the love for cinema. Back in 2002 I was a volunteer in an arthouse cinema in Hilversum, near Amsterdam. I was projecting movies, selling tickets, handling the bar and doing the programming with other people. One weekend I was away in Belgium, and I watched a film called Le Roi Danse, by Gérard Corbiau. When I came back, during our next programming meeting, I proposed to screen the film in our theatre. Unfortunately, the title appeared not to be sold for the Netherlands, so I suggested to one of my colleagues to buy the movie and release it ourselves. That’s how we established Arti Film. But it turned out to be such a nice business that we decided to continue. At the beginning I did it as a part time job next to my work as a Marketing Manager. During the first few years we released around 2 or 3 movies, but nine years ago I decided to do it full-time. We are a small company so I do a bit of everything: sales, marketing, acquisitions, logistics… while my colleague handles the financial part and also the acquisitions. The future is difficult to predict, but I believe on the short-term theatres will have a difficult business caused by the coronavirus limiting audiences. On the long term I would say that theatrical will still be the main business. VOD is becoming more and more popular, and consumers are ready to accept that movies can also be enjoyed on different platforms, but I think audiences still like the big screen and the ‘social’ aspect of going-out. 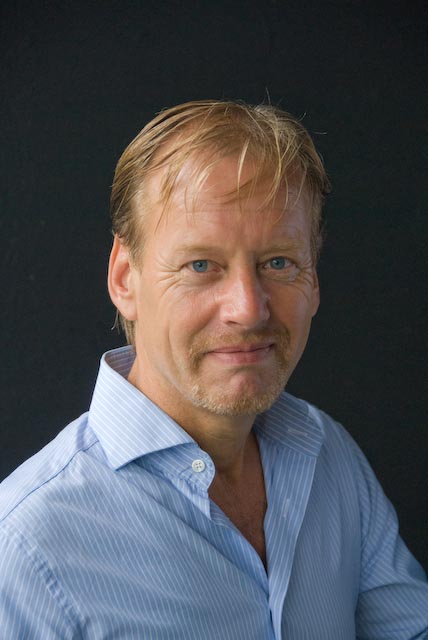