Distributor Cherry Pickers had just released Yann Arthus Bertrand’s Woman, (following a series of successful previews as part of International Women’s Day) when the cinemas in the Netherlands were ordered to close due to COVID-19. We spoke to the company’s founder and managing director, Huub Roelvink.

How is the distribution landscape in the Netherlands and how do you work with Belgium?

I think it’s a very healthy market, but it’s also very competitive. There’s a lot of well-operated arthouse cinemas in almost every mid-sized city and if they don’t yet exist, there are plans. Also, since the VPFs (for Virtual Print Fee, to be paid to finance the digital roll out of the theatres) disappeared in The Netherlands, you see smaller companies entering the market as well. And we fall in the middle of this, we are not a big arthouse distributor but neither are we small, we aim at these mid-sized movies. We pay decent MGs and we do sizable campaigns, whereas the smaller companies usually pay very small MGs and spend very little on advertising but still they compete for the same slots and I think sometimes the programmers don’t really distinguish between us.

Apart from that I’m a very positive person, otherwise I wouldn’t be doing this crazy work for these films. We have structured the company in a way that we have very low overheads and we just focus on the work that needs to be done. We don’t have a big office and we outsource our marketing. It’s a way for us to survive. In Belgium, we work with Cinemien, we take the P&A risk, it’s still our movie, but they co-release for us, so they do the marketing and booking and publicity. I also have a partner who does our DVD, VOD and PayTV sales in Belgium. So, I’ve two fixed partners for distribution and then with the marketing people in the Netherlands, so maybe three fixed companies and a bookkeeper. That’s the way to do it.

What has been your most successful release so far? What do you think were the ingredients that led to its success?

It’s a commercial film. I heard it was good but before I saw it, I thought it was going to be very cheesy and not funny at all, but when I watched it, I was immediately convinced. It has a very nice tone and it’s quite edgy, within of course, a commercial space. We knew that it had been a huge success in France, but that doesn’t guarantee that it will work in the Netherlands. I think it’s one of those times where you really see it being picked up by the audience. We just did the groundwork, arranging as many preview screenings as possible. If the film is good and people enjoy it, you can get this traction. It could have also ended up with 5,000 admissions, you don’t know, but then we had a solid first week, and the hold-over was extremely good. I think we had four weeks of almost no drop and I think even a rise which is extremely rare in the market.

We had some smaller films that were also quite nice successes, like Lady Macbeth was a big success for us and that’s what I would consider a signature title for our company, it’s a small pickup but it’s very strong. Those real gems that you find and that you will sometimes go for quite aggressively.

How important is the International Film Festival Rotterdam for your releases, is it a key launch event for your films?

It’s quite important for us, it’s the best launch platform that we have in the Netherlands but still you need to have a film that fits. In the past our films won several audience awards and we really manage to make a film much larger than it would have been otherwise. Also they always invite directors and they usually like to come because the festival has a good name. It works very well for us, we get a lot of press for our films in the festival.

Is it important for you to release quite soon after the festival?

Not as much as before, we always thought that we needed to release in March, but now we are much more relaxed about that. Audiences don’t think that a film is old, they just accept that it will be released at a certain point. If the release is in May or June and the film was at the festival, it doesn’t really take away the benefits of having it in Rotterdam. Previously, February and March were completely crowded, so we decided not to participate in that struggle.

How has COVID-19 affected your releases?

Woman was the worst hit. Because we released it on the 12th March, the moment when everything closed in Belgium and the Netherlands. It had been looking really good, we had really successful pre-premieres on International Woman’s Day where it screened at around 60 cinemas and the attendance was very high. It was looking like it was going to be a very nice success. We did try to go online as much as possible but it doesn’t amount to nearly as much revenue as the theatrical would have.

Would you usually go on VOD later?

Yes, it was a reaction to the disaster. Normally we wait four months. We have this one platform Picl, which is premium VOD and if a film doesn’t play in Pathe cinemas we offer it to them. They are gaining traction, particularly now because of the lockdown, they have had a lot of press coverage.

Have you seen a rise in VOD income in your catalogue titles in the past month?

I can’t really say because we don’t get these figures that quickly, that’s one of the annoyances of VOD exploitation. I can see my cinema figures almost instantly and I receive all the detailed information the next morning at 7am but for digital, I have to wait three months. I really want to do something about it. This is one of the things I am thinking about more now with this crisis. We need to get more of a grip on it because it’s so far removed from us.

Generally, how much of the film’s revenue comes from VOD income?

Theatrical amounts to 65%, TV (Pay and Free TV, but also MGs for SVOD services) is 20%, subsidies 10% and DVD/TVOD 5%. So you can see that theatrical is still the main source of income, by far. Also interesting (and worrying in equal measure) is that out of the 5% DVD/TVOD, only a third of that is TVOD. This defies all predictions that DVD should have been dead and buried by now. It is a very sad reality, that after a promising initial start, the VOD incomes have not been rising significantly, and apart from iTunes there are very few platforms that are offering a wide range of titles. And the SVOD market is dominated by Netflix, who do not acquire arthouse titles from local distributors at all.

When I was a student, I started working in the cinema (which I still programme now), at first I wanted to be a documentary filmmaker, but then I got into programming and distribution and have been doing that ever since. In 2011 I started working with Imagine, as their distribution partner in the Netherlands, that’s when I really got into distribution, but even as a student when I was programming and dealing with the distributors, I always thought that would be a cool job – you can choose films!

I still see a future in theatrical distribution, it’s what we do and I think our role is still relevant. Even though it’s not rocket science, it still takes a lot of experience and craft – to not over or underspend, to find the right audience, to find the right cinemas, and the right films. After COVID-19 I think people are going to come back to the theatres, people want to be together, to share experiences, and I think a cinema is still very capable of fulfilling that need. 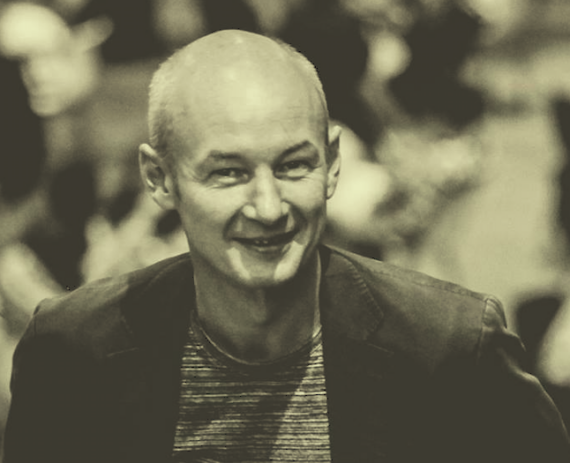