We caught up with Ioanna Panagiotidou, Head of distribution at Greek outfit Rosebud.21, to discuss the particularities of the Hellenic market for independent film distribution and the impact of the COVID pandemic in the territory. With the start of the summer season, open-air cinemas reopened in Greece with promising results. However, the fear of a second wave in winter remains a constant threat that might jeopardize the survival of smaller distributors.

How would you describe your line-up and your strategy for releases?

We release around 12-15 movies every year. During winter, we focus on European arthouse titles that have been awarded at international film festivals, titles by directors we follow and smaller “diamonds” that we discover. In summer, we go for more commercial films within the independent market. When Rosebud.21 was established, we started with the motto “the movies we love”, and 27 years later we have never betrayed it. For us it is not a matter of quantity, it is about having great films in our catalogue.

How is the Greek landscape for independent film distribution?

Pretty much as everywhere else. A few companies release the studio films and hold the biggest market share, so there is almost no room for the independent market, and even less for non-US titles. This means that independent distributors should be more careful when acquiring titles – which they are not, and so we have 8-10 new releases every week, with most of them being a flop.

What was the impact of the pandemic for your work? Was there any state support for distribution?

We were supposed to release three movies in March, April and May, but we had to postpone those titles for autumn and winter. As for our summer releases, we decided to continue according to plan and follow our line-up. Regarding the state support for distributors, there was only a scheme for employee salaries. For years, we have been trying to decrease the VAT on cinema tickets, which is 24% in Greece (compared to 6% for all other cultural activities: theatre, live performances, books, …). The government now reduced it to 13%, which is better, but we still want to fight for the fair 6%.

What is the situation with cinema re-openings? What kind of films are you releasing?

We are lucky because we have the open-air cinemas, which were able to reopen in June at 75% of capacity. It is easier to convince people to go to an open space so Greece has fewer problems than other territories at the moment. Even though we work on less capacity, the lack of studio movies enhanced the potential of good independent films. One of our latest releases, The Heist of the Century (Ariel Winograd, 2020), has been on top of the box office for three weeks in a row. This week, we also have Divorce Club (Michaël Youn, 2020) on the second position, so it is the first time that an independent distribution company has the two first positions in the box office, with those 2 films doing more than half of the total weekly admissions compared to the other 30 titles that follow. This is huge for Rosebud.21 and we are very happy about that.

What are the numbers compared to a normal situation and what are your expectations for upcoming releases?

We have a 50% drop in total admissions compared to last year, and I think that is the potential for the moment, as a lot of people are still afraid to go to the movies and others are waiting for the big Hollywood productions.

What was the most successful campaign for a European film that you had in the past? What would you say was the secret ingredient?

Over the last few years, we increased our budget for online advertising. We have been working more with social media, organising giveaways and using influencers to promote our movies. I think all of this helps a lot. Clever posts will generate free shares and exposure. Last year, we did a very strong campaign and promotion for Belle Epoque (Nicolas Bedos, 2019), which premiered at the Thessaloniki Film Festival with very good word-of-mouth. We had famous people promoting the film and we created teasers for influencers and opinion leaders, who shared them on social media.

What is the usual split of income for the different windows? How is it evolving?

It depends on the title, but for a film like El Reino (Rodrigo Sorogoyen, 2018), which was a very successful release, it was around 85% from theatrical, 13% from TV and 2% from VOD. There is no market for DVDs anymore, and private TV is not interested in our films. At the moment, we are also struggling with public TV. They used to buy solely independent films, mostly arthouse and European, but now they decided to go for more commercial movies in order to compete with the private channels. Even though that is not their role. Public TV is not supposed to chase private channels, but to keep a high cultural level and provide quality content to the audience.

What about VOD? Is it a growing market?

It is taking small steps, so we might have some news in the near future. We see a tendency with various players (telephone companies, TV channels, start-ups, …) showing an interest in our titles.

How do you think the future should look like? How do you keep motivated?

The upcoming winter will be a difficult one that nobody can actually predict. If there is a second wave around October-November, we will have to go through the whole winter without working. That would be very hard and it will be difficult to survive. However, if we manage to get over the pandemic and people are not afraid to go back to the movies, I still believe that there is room for good independent films.

As for the motivation, [laughs]… there is no business like our business! 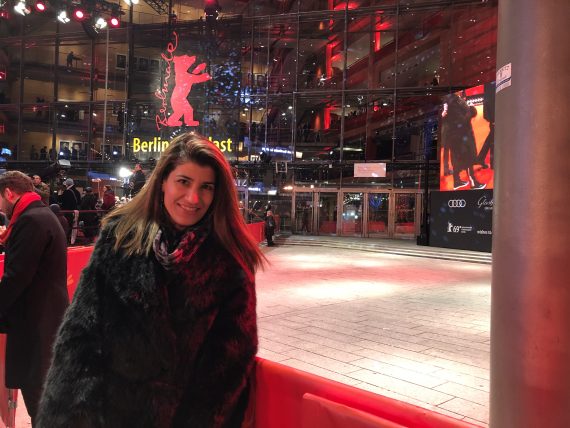