We chatted with Ivo Andrle, head of Czech outfit Aerofilms, about the situation of independent film distribution in the Czech Republic, one of the first European countries to reopen cinemas after the lockdown.

Aerofilms has been around for almost 15 years. We started originally in the exhibition business. We took over and independent cinema in Prague called Kino Aero, and then we decided to launch a distribution branch. We release about 15 films every year, going from small documentaries to Oscar-winning titles like Parasite or Green Book. We are not focused on any territory or genre, so every time we feel there is a movie we would like to watch ourselves we try to acquire it and present it to our audiences.

What are the particularities of the Czech market?

Local productions are quite popular in the Czech Republic. Every year we have local titles reaching top numbers at the box office, which has a big impact on the Czech film industry. In terms of distribution, we are a small territory. Most of the studios don’t have local offices here, so they are represented by local distributors. On the exhibition side, we are very lucky to have a strong network of independent cinemas. The number of theatres per capita is quite high compared to other countries, especially in Central Europe. It used to be a tradition to have a local cinema in every town, and many of them are kept and supported by the local authorities. Admissions have been growing over the last five years, so that is also a positive sign.

What is the split of income for your films in terms of windows?

Aerofilms is very much theatrical oriented. It is the core of our business and it represents the majority of our income. The shares fluctuate very much between titles, but an approximate average would be: theatrical 75%, TV 15%, and VOD 10%. Our line-up was never really strong in home entertainment, so we only produce DVDs for films that work exceptionally well. On the other hand, VOD is a fast-growing business. Six years ago we launched our own VOD platform (Aerovod), where we basically curate and handpick our films. Of course, we also cooperate with other VOD platforms operating in the territory, including international ones. This window is becoming more important for us, so we always take it into account when buying a film. As for TV, we have been working mainly with the public channel, which is the main buyer for arthouse titles.

Is there any specific promotion campaign you are particularly proud of?

Last year we had a significant case with the campaign for Diego Maradona by Asif Kapadia. We had previously released some of his films with great success (Amy, Senna), but this was a tricky one. Sports documentaries have a limited target audience, so we had to be very careful with the promotion. We decided to launch two different campaigns: one for the general arthouse audience, focusing on the universal story of the film and avoiding all football references, and one aimed at sports fans. The film premiered at the Karlovy Vary Film Festival, where it got a lot of media coverage. Eventually, the film did really well at the box office, which made us very proud.

How did the lockdown affect your work? What measures have you implemented?

As soon as the lockdown started, we realized it was going to last for a while, so we came up with a rather quick solution: we opened an online cinema. Within three or four days after the lockdown, we already hosted the first screening. The idea was to recreate the real experience of going to the movies. The screenings started with live introductions and trailers, and there was a chat where people could talk and share their opinions. Theatres were selling tickets through their online platforms, where people could pay the minimum price or some extra money to support the business. As a distributor, Aerofilms provided all the films through our catalogue and current line-up, while our marketing team helped with the promotion. It was a great success, with over 15,000 admissions in two months. Throughout the lockdown, we also focused on our VOD platform, which reached 6 times the previous record numbers. We spent a lot of money on publicity and put a lot of work into it. Besides that, we tried to follow what the government was doing, trying to apply for different support schemes.

How was the impact of cinemas reopening on May 11? How did you manage to release new films considering the restrictions?

We had to be very careful about the commercial potential of our releases, especially considering the limitations. The restrictions included a maximum of 100 people per screening, with people sitting every other row and seat. We had to consider if it was worth it to release a movie that could be a commercial success, so we decided to start with smaller titles. We also released some of the films we had before the lockdown, like Parasite or Caught in the Net. The latter was our biggest hit this year, a local documentary which made over 300,000 admissions in two weeks. Now it is back on top of the box office, just with smaller numbers. We are very happy because people came back to the cinemas. We are between 35-50% compared to our average numbers from previous years, but given the restrictions and the limited number of screenings, I would say it is not that bad. I think there is hope for the arthouse scene.

How are you approaching the promotion campaigns?

Things are still uncertain, so most of the campaigns are happening online. It is quite difficult to organize outdoor campaigns because these need to be planned weeks ahead. It is too risky and costs a lot of money, so we are not pushing in that direction. We focus on traditional media partners, online and print. Now it is much easier to get good PR because there are not that many cultural events going on. Almost anything you do is very welcomed by the media.

What keeps you motivated to work in film distribution and how do you think the future will look like?

I’m not an artist, but I like to be around art, making connections between filmmakers and the audience. I think that’s basically the role of independent distributors. There is also a part of me that likes to gamble, and this is a business where you get a lot of surprises. You are always taking risks, which gives you a boost of adrenaline.

I’m optimistic about the future of the industry, and I know theatres will prevail. Maybe the situation will look a bit different, but I’m sure this experience will survive, especially in hands of independents. Right now I feel a lot of enthusiasm coming from sales agents and distributors. Everybody is ready, and people want to enjoy films in the theatres. 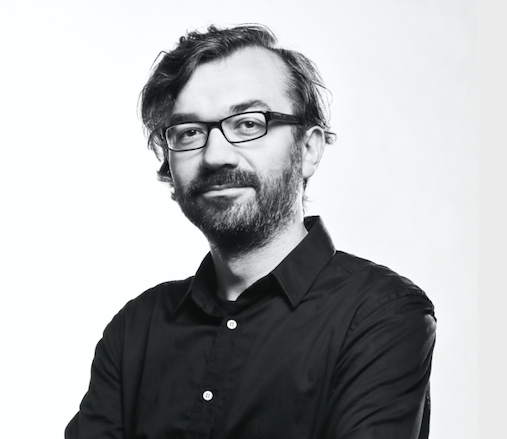