We talked to Jakob Kijas, General Manager of German distributor Eksystent Distribution, about the main challenges independent distributors have to face in Germany, as well as the effects of the global health crisis on the market.

How did you start working in film distribution? What’s your company’s editorial policy?

We launched the company back in 2012 and the first film we acquired was It Looks Pretty from a Distance by Anka & Wilhelm Sasnal. When I watched the film at a festival I thought nobody else would distribute it, so I decided to give it a try. That’s how the company started. At the beginning we focused on Eastern-European movies, but it was very challenging so we tried different things over the years. Currently we focus on arthouse independent titles with an interesting festival life, and also some children movies. We release up to 4 films every year. We also launched a new distribution format, a mini-festival called ‘Femmes Totales’, dedicated to female directors. We’ve celebrated two editions so far, and one of the films included in the catalogue was Sandra Wollner’s The Impossible Picture, which won the German Film Critics Award last year in Berlin. This initiative tours through Germany, Austria and Switzerland, finding new audiences for these titles. It’s a concept that we offer to our network of cinemas, providing them with all the posters, leaflets and other materials for the promotion.

What’s the biggest challenge for independent distributors in Germany?

Germany has one of the biggest markets in Europe, but not that many people go to see independent arthouse movies. Around 70% of the market is occupied by Hollywood productions and German blockbusters. It’s a bit challenging because Germany doesn’t really consider film as an artform, but as entertainment. On the bright side, the German market is not concentrated in one place, you have multiple choices. In other countries it is usually very centralized in the capital, but we can reach many communities in different cities. We also have different cinema structures: multiplexes, regular theatres, arthouse cinemas and even communal ones, like cooperatives or student initiatives, very independent and cinephile. These are spread all over the country in small towns, and they are doing a tremendous work curating their programme and showing films apart from the mainstream. I would say the diversity of the theatres and the federal nature of Germany present its biggest opportunities.

How is the global situation affecting your work?

Everything got cancelled, that’s the main issue. We had a release scheduled for April, but we decided to do it online through a platform which shares the income equally with cinemas. Theatrical releases won’t happen as planned, but right now we can’t say anything else because we don’t know. The German government has launched support schemes for cinemas and distributors, but some of them don’t apply to us. The German funding system only takes into account the companies which have received funding by them, so it doesn’t cover the whole market. If we had an idea of how the situation will look like, then we could think about implementing measures. At the moment everybody is just postponing their releases, so there will be a huge amount of films coming up in the second half of the year. Obviously this won’t help independent arthouse titles, which will have a hard time finding slots in the theatres. We have to consider if postponing is really the best strategy in this situation.

The main revenue always comes from theatrical, around 70%. We also do VOD and TV, but this happens very rarely. And we still do some DVDs. Platforms are growing, but I wouldn’t say the market as a whole is really evolving. Usually we don’t have issues with the timing of the windows, because we don’t have that many films that got funded by the German government, so in that case windows don’t apply for international movies.

Is there any specific campaign you are particularly proud of?

I really like the ‘Femmes Totales’ initiative. We managed to reach different people and institutions, raising awareness on the topic. We launched it before the #MeToo came out, and it really made a difference for some people. As for a specific film, I would point out Gordon and Buffy, the children’s movie. We worked very closely with the publisher of the books here in Germany, as well as with some educational institutions. It was a very nice and successful campaign.

What is that still motivates you to work in distribution and how do you see the future?

The possibility to find a movie that you love and make it available for other people to enjoy. Being able to share that experience is the biggest motivation. I believe culture is essential, so it shouldn’t be considered only as an economic structure. It all comes down to education. People should be more open to consider film as an artform.

We should think about new strategies and collaborations in order to overcome the current situation in the least damaging way. It is important to have a discussion that includes the whole chain: producers, distributors, exhibitors,… I also think distributors should adopt a different attitude towards online services. With all the films coming up in the second half of the year, the capacity of the market is limited. We need to discuss what could be the best way forward. How are distributors going to make it if they don’t have screens to show their films? This is an opportunity to discuss everything from scratch and find new ways. 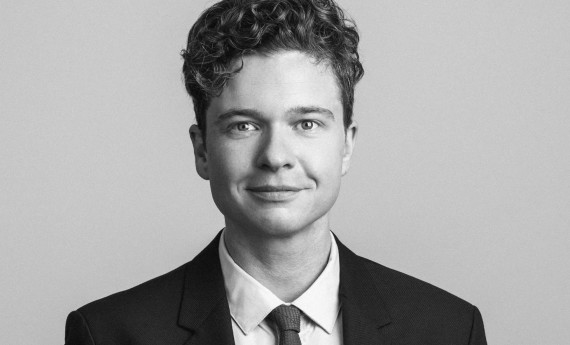