We caught up with Jakub Mróz, President of Poland’s Tongariro Releasing, an independent distribution company specialised on LGBT films. Mróz opened up about his role as a film distributor and the recent trends in the Polish market. Thanks to a diversified business model and a strong presence online, the company managed to get through the subsequent lockdowns without major hardships. However, the lack of new productions to feed their line-up and VOD catalogue has become one of the main obstacles to overcome in the near future.

How did your company start and what is your editorial policy?

This year we are celebrating the tenth anniversary of Tongariro Releasing. We set up the company in 2010 as a distribution company focused on LGBT films. We wanted to use popular culture and cinema to influence some positive changes in society. So far, we have released almost 50 films in theatres, including titles like I Killed My Mother (Xavier Dolan, 2009), Tangerine (Sean Baker, 2015) or And Then We Danced (Levan Akin, 2019), among many other festival-recognised films. We acquire titles from all over the world, primarily European, but also from Latin America, US, Asia… We have released only one Polish film so far, but right now we are involved in the development of a national production, which is something completely new for us.

Apart from distribution and production, what are your other lines of business?

We also have our own VOD platform called Outfilm, dedicated to LGBT titles. We launched it back in 2012, so it is quite established now. Actually, because of the situation with Covid-19, it is our main business at the moment. It works both on subscription and transactional mode. Besides that, we also have our own laboratory, which serves our company but also other distributors, sales agents and producers. We specialised in the creation of trailers, DCPs, Blu-Rays and DVDs. Finally, our other line of work is actually quite recent. As a result of the pandemic, many festivals had to go online this year. Some of them approached us to show their films on our VOD platform, and we decided to start setting up completely independent platforms for film festivals, providing technical service for them.

What would you say are the main particularities of the Polish market when it comes to distributing independent films?

For us, the most challenging aspect is to book screens for our releases, because there are a lot of independent arthouse films coming to cinemas every week. And it is not only the access to the screens, but also the competition for viewers, because all films compete with each other for pretty much the same audience. Surprisingly, during the pandemic, we managed to release a couple of films in a big number of screens with good results, because a lot of distributors held back their titles. We released And Then We Danced in September and it made more than 5k admissions, which is quite good even comparing it with our regular numbers before the pandemic. We also released Two of Us (Filippo Meneghetti, 2020) in October, but cinemas closed down after two weeks, so it was too short. The film made 777 admissions in that time, and since then it has been selected as the French candidate for the Oscars, so we would like to go back to the theatres with it for the awards season. Otherwise, the film will be released on VOD.

How do you see your job as a film publisher? What do you think is the added value it brings to the market?

I would say the promotional activities are the core of our business. We must find the best way to profile and present a film to our local audience. One title can be promoted in various ways in different territories, highlighting different aspects of a movie. Our company is quite recognisable because we are specialised in LGBT cinema and we work actively with NGOs and sponsors. We promote not only the movies, but also our brand, in order to create a community around it.

Talking about finding the right promotion for a film, what has been your most successful case for a European title? What was the secret ingredient?

The campaign for And Then We Danced was quite successful. The international premiere took place in Cannes last year, so we waited more than a year to release the film. Before the theatrical release, the film was exploited quite significantly online, because many festivals showed the film within their online programmes. We tried to show it as much as we could before the release in order to create a buzz around it and spread word of mouth. That was the main goal, and I think it worked. Even though the film was available online before the theatrical release, we had very good results in cinemas.

Connected to this topic, we’ve also noticed that the media market has changed significantly. Before COVID-19, it was granted that if there was a new film coming to theatres, all respectful media would publish reviews and articles about it. However, in 2020 it has changed and not all films were reviewed. On the other hand, there were more articles on VOD films and series, especially with cinemas closed. In some cases, reviews for our films were included in paid media partnerships. Also, some of the most popular critics have their own media (vlogs, blogs, fanpages) and it is necessary to pay to be present there. I feel that is the natural evolution of media into a more democratic creation and distribution of information.

What is the usual repartition of income from the different windows for your films?

It really depends on the title. Quite often, with small arthouse films, we lose on theatrical distribution and have to recover with VOD. Actually, not that many films are successful in theatres, maybe 1 out of 5. It is different if we talk about a well-known film with a famous cast. For example, we released Elephant Song (Charles Binamé, 2014) with Xavier Dolan and it was very successful in theatres. In that case, VOD was maybe just 10% theatrical. But it was an exceptional case. In the majority of cases, theatrical distribution doesn’t cover the costs, and as our platform grows, the income from the exploitation of VOD rights gets more important.

As for the other windows: We still work with private TV, but as we have our own VOD platform which requires SVOD, it creates a conflict with Pay-TV players who also require a subscription. It is always a tough negotiation. We don’t work with public TV because… Well, I think there are political reasons why they don’t show LGBT films. Apart from that, we stopped producing DVDs by the end of 2019.

What is the current situation in Poland? Were there any specific measures to help distributors in these difficult times?

Cinemas were closed on November 7, and we don’t know when they will reopen. There is no definite lockdown yet. On a state level, there was some general support for companies, but as we haven’t experienced a significant drop in our income, we didn’t benefit from it. We have our VOD platform, the laboratory and we are creating the websites for festivals, so we were able to diversify our activities. On a European level, we are too small to qualify for the MEDIA Automatic support. This year it was the first time we received Selective support for Two of Us, but cinemas closed two weeks after the release.

I’m overall worried about the industry. Right now, one of our main concerns is the lack of productions. Our platform works in SVOD mode, so we need to feed it regularly to keep people attracted. This means we need to buy a lot of content, but most productions were postponed this year, so there are not that many new films. We have never thought about it as a potential problem, but now it is. Things are definitely changing.

How did you start working in film distribution and how do you see the future?

I used to work as an advisor for cultural institutions, and my partner comes from an IT background. Our motivation was mostly to change the situation of LGBT people in Poland. Before we started our company, it was possible to watch some LGBT films, particularly the most commercial ones, but even in those cases, distributors tried to hide the fact that there were some gay characters. When we released Shortbus (John Cameron Mitchell, 2006), which was our first acquisition, almost all national media wrote about us. It was quite big and suddenly it was possible to talk about LGBT characters, directors and stories. We also got huge support from other Polish distributors and cinema owners. As for the future, it is really difficult to predict, but I’m kind of optimistic. I really think that there will be some changes in the industry, but it is hard to say in which direction they will go. 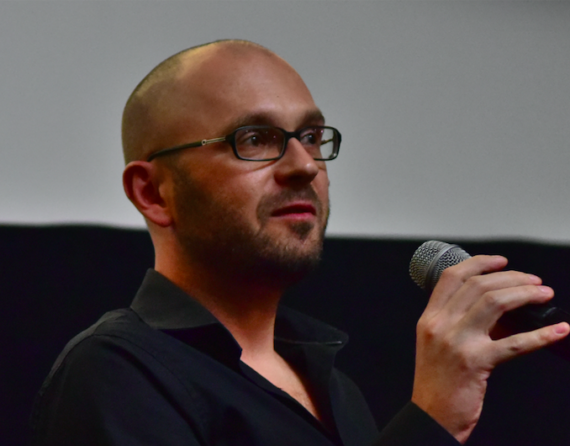