We talked to Kim Foss, Managing Director of Camera Film, about the situation of the Danish distribution market after the lockdown, including the restrictions for cinema reopenings.

We have two main lines of work: On one hand, we have the distribution company, Camera Film, which started in 1966, so we have over 50 years of experience in that field. On the other hand, we run a cinema called Grand Teatret, a historical venue which has been operating since 1913. We focus mainly on high-end arthouse titles and local documentaries. Some of the latest releases we did before the lockdown were Portrait of a Lady on Fire and Parasite.

What are the particularities of the Danish market?

We have a huge local market share, usually up there with France, UK, Italy and Poland. In terms of numbers, we typically have around 12 million admissions every year and more than 160 cinemas across the territory, with a population of almost 6 million people. Nordisk Film is the biggest chain with close to 50% of the market share. On the distribution side, we are in the middle range. One of the main challenges we face when buying films for Denmark is that bigger titles are sold on a pan-Scandinavian level. In order to access these films, we need to partner up with other distributors in the different Nordic countries. However, we usually enjoy the luxury of going to markets and watching films before buying. When we go to Cannes, many of the Competition titles are still available, which is not always the case for other European territories.

What is the usual split of income for your films in terms of windows? How is it evolving?

We are basically living from theatrical, especially owning a cinema. We are totally focused on making good theatrical results. Recently, we launched our own VOD platform connected to the cinema, which has been doing particularly well during the lockdown. However, we could never sustain a living on the secondary windows, which are basically just the icing on the cake. We get some TV deals, but not for every title, and we are still pushing DVDs. I think the lesson we learned during the past couple of months is that theatrical rules supreme.

What was the impact of the lockdown for your work?

In terms of distribution, it was a disaster. We still had Parasite running up and well in theatres, doing 10,000 admissions every week. We also had Portrait of a Lady on Fire, which was only in cinemas for 5 weeks with terrific word of mouth. And then we had the Japanese animation Weathering with You scheduled for the very day the cinemas were closed, so our whole campaign was burnt. We have just released it now. Initially, we actually had more bookings than in March, but not all cinemas reopened at the same time, so it’s been a softer start than expected.

How is the situation after cinema reopenings in Denmark? How are you dealing with the restrictions?

I think this could be a great time for arthouse cinema, because there is so little competition from both local and American films at the moment. I’m feeling sorry for the bigger chains, though, as they have lost all the summer tent poles. Some of the very commercial cinemas would have preferred a longer lockdown with support – as opposed to the situation now, where they reopen with mostly old films.

In terms of restrictions, we have 3 main limitations: The first one is a maximum of 500 people per screening, which is not going to happen anyway, so it is not really a concern. The second is having empty seats between people, which is already implemented in the booking system. The last restriction, which is the most difficult one, is that every person must have 2m2 of space, which means we have to measure every room and calculate our maximum allowed capacity. It’s challenging, but so far we are managing – with roughly 40% of normal capacity in the cinema.

What’s your schedule for releases after the lockdown? Are you focusing on some specific titles?

We are actually proceeding with our previous schedule in the cinema – and postponing most of our films from our own distribution. We feel a responsibility towards the market, so we are taking in even more titles than we normally would in the cinema, so smaller distributors have access to more screens than usual right now. At the same time, we are lucky to have a cinema club in Denmark with 200,000 members, who have paid for memberships and get a deduction on tickets for some films. That’s a particular Danish asset that will help a lot in this situation, not only arthouse cinemas, but also some of the more commercial ones. Little Women was the first club film to open on June 4, with more than 5,000 admissions on the first day. That’s not bad, but the rest of the films are suffering badly – both the titles held over from before the lockdown and the new releases. My best guess is we will sell only 30 to 40% of the tickets we would have made last year with the same films. And we have not renegotiated MGs, so probably there will be losses on all our releases this year. Of course, everything depends on when (and if!) restrictions are lifted. On top of that, we started with the worst cinema weather possible: sunny and warm. Anyway, it can only go up from here – and as we speak, we had the first rainy day in a while, so suddenly we made almost ‘normal’ numbers in the cinema. After all, it seems the audience is still there.

Is there any specific campaign you are particularly proud of? What was the secret ingredient?

We always try to buy films with the heart. In my experience, the audience can feel when you have a special investment in something. My dearest case was perhaps Control (2007) by Anton Corbijn, which actually started from my own private life. When I was younger, I lived in Amsterdam for a while and I used to visit a friend of mine called Annik Honoré, who was running the Plan K venue in Brussels, where all the new bands played back in the 80s. At some point, she was involved with Ian Curtis from Joy Division, and that is part of the story behind Control. Years later, when I saw the film (and had not seen her for years), she was suddenly up there on the screen – as a character in a movie. It was kind of mind-blowing, so I decided to acquire the title immediately. I had to find partners in Sweden, Norway and Finland, because the distributors I usually work with were not so interested in this particular film. But I solved the puzzle. Months later, I randomly met the director in Lisbon and I told him my personal story – and convinced him to come to Denmark for the opening. It was an acquisition and promotion made with passion, and the audience could feel it. Their 6th sense never fails.

What brought you to distribution and what keeps you motivated? How do you see the future?

Back in the 80s, I started writing articles about films and organizing screenings in Copenhagen. Later on, I was hired to run the biggest film festival in Denmark at the time, and during that period I also co-founded CPH:DOX. At the same time, I was also working as a journalist for the biggest paper in Denmark, writing festival reports, reviews and interviews. Eventually, the person in charge of the Grand Teatret and Camera Film retired, and I was offered this job, which I have held for 15 years now. What’s not to like? You spend your time watching films, broadening your perspective and getting emotionally fulfilled. You travel, get to meet and work with very nice and interesting people… Curating is my favourite part – both for the distribution and the cinema. Right now, you have the riots in the US. We brought back I Am Not Your Negro to the screen immediately, and suddenly we are part of the bigger dialogue, too. So, I’m basically just enjoying being where I am, and I’m certain that we will survive this crisis. But a lot leaner, of course. It’s been a costly adventure – and I’m not even counting lost revenue here. With Parasite doing crazy numbers, 2020 was supposed to be our best year ever. Now we will probably suffer our worst ever instead… 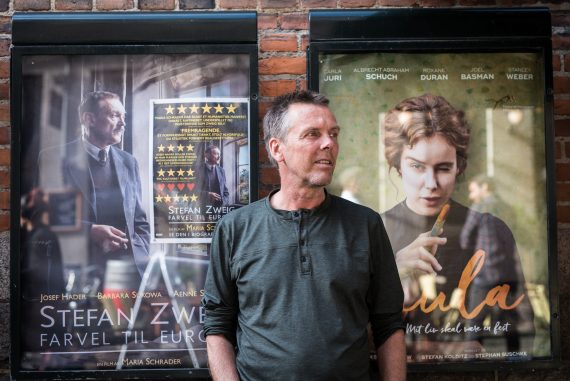