Luís Froes, General Manager of Outsider Films, talks about the situation of the Portuguese distribution market after the pandemic and their strategy for upcoming releases.

Can you tell us about your line-up and editorial policy?

We focus on commercial quality movies, feel-good titles and animation films for children and adults. When we started, the major studios and the more important independent distributors were focusing mainly on big American productions, while small independent distributors took care of the arthouse titles. However, we felt there was a gap between those two, so that’s where we started looking for our films, with a special interest in European productions. We try to make a difference by finding innovative ways to reach the audience.

What are the complexities of the Portuguese market for distribution?

It is a very tough market. A single company [NOS] controls more than 80% of the market share in film distribution. Apart from releasing films by Disney, Paramount, Dreamworks and Warner, they also distribute more than 100 independent titles every year. They also have a 65% market share in the exhibition side, so they basically control the cinemas and the business. On top of that, the only Portuguese Pay-TV channel belongs to them, so you can imagine how dependent we are. As for the size of the market, we have 10 million people, with an average of 1.6 cinema tickets per person every year.

What is the most successful promotional campaign for a European film that you had so far? What was the secret ingredient?

We had a few good examples over the last few years. We released Serial (Bad) Weddings (Philippe de Chauveron, 2014), the biggest French success of the last decade, building our campaign around a strong promotion in cinemas and TV. It was a commercial hit with over 100k admissions in theatres. For the Italian movie Perfect Strangers (Paolo Genovese, 2016), we launched a viral campaign with short videos we filmed on the streets, based on the main theme of the film. We also had the director coming to the premiere during La Fiesta del Cine Italiano in Portugal, which is not that common for a small territory like ours. With Ozzy (Alberto Rodríguez, 2016), the Spanish animation film, we organized a strong campaign during Christmas, producing merchandising for children that we gave away in cinemas. Eventually, the film made roughly 103,000 admissions. Finally, for The Bookshop (Isabel Coixet, 2017), we worked with the actual book publisher and promoted the film during the Lisbon Book Fair. The secret ingredients were picking up wisely the release dates and being creative with the promotion.

What is the usual repartition of income between each window for your films?

Theatrical is always crucial, and having good results in cinemas means higher revenues from TV and home entertainment as well. The repartition of income changes a lot depending on the type of film, but on average I would say around 53% comes from theatrical, 31% from VOD, Pay and Free TV; and the other 16% from home entertainment. With the arrival of the big streaming platforms like Netflix and HBO, we noticed a big decrease in the transactional market. Let’s see if the revised AVMS [Audiovisual Media Service] EU directive contributes to change a little bit the current situation, forcing platforms to include at least 30% of European productions within their catalogues.

What measures have been put in place in your country to help distributors getting on their feet in the current COVID situation?

The impact until now has been extremely hard because our revenue comes basically from theatrical. So far, the only measures implemented by the government have been a support scheme for salaries, a delay in our taxes and some credit lines with a small interest. We still don’t know what will happen after the pandemic, but one of the measures they could take is giving directions to the Free TV channels to support independent distributors.

What is the situation with cinema reopenings in Portugal? Do you plan to release yourself?

The Portuguese government decided to open on June 1, but we don’t think that was a good idea. We are still lifting some of the general restrictions in the country, and a lot of people don’t follow the rules, so we don’t know what will happen. Opening in June without big blockbusters to support the industry is a mistake. In the Lisbon region cinemas are still closed, but some small arthouse theatres opened across the country – with very bad results. A lot of cinemas plan to reopen in early-July because they are expecting some big releases such as Tenet (Christopher Nolan, 2020) or Mulan (Niki Caro, 2020). These are the kind of movies that can bring people to the cinemas. On our side, we usually work for a more adult audience, and these will be more reluctant to go back to the theatres. Therefore, our first release is scheduled for the second week of July.

What kind of films will you release? How will you manage with the restrictions and the promotion?

We are going to release Proxima (Alice Winocour, 2019) on July 9, and the Danish animation Checkered Ninja (Anders Matthesenon, 2018) on July 30. Cinemas will only be allowed to open at 50% of capacity by then, so we will have to be very careful. No one knows how long will it take for the numbers to be the same as before. We can see that in other countries things are going very slow.

As for the promotion, we are taking risks with our own money. Considering the situation, and based on the results from other countries, we will be much more careful with the upcoming campaigns. For Proxima, we are doing a social media campaign with Gruvi, a digital marketing agency we usually work with. We will launch the trailer in all cinemas a week before the release. As for Checkered Ninja, it will be a bit different because we have to aim at children’s media. We will have some promotional material to give away in the cinemas and create some buzz around the movie.

What brought you to distribution? Are you optimistic about the future?

I started in this business in 1986, working for different companies such as  LNK Audiovisuais and VC Multimedia, and in 2012 I decided to start Outsider Films with two other partners. At the time we used to acquire 6-8 movies every year, but now we are realising between 15 and 18. As for the future, I have no idea. I’m not optimistic or pessimistic, I’m just expectant. I think it will all depend on people’s choices and how they behave. 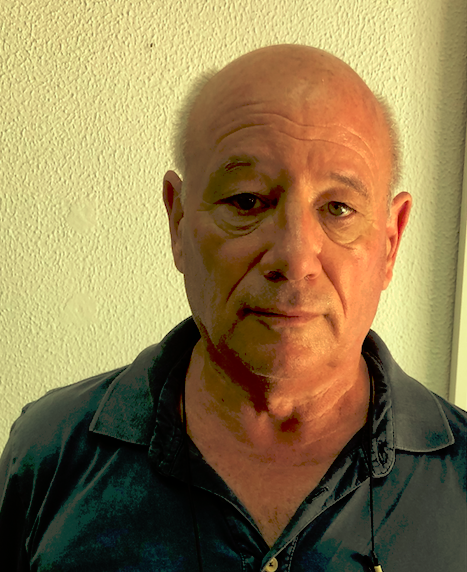