We spoke to Marc Smit, Co-CEO of Cinéart, who offered us some insight into the situation of the distribution market in the Benelux and their strategy to navigate the current crisis.

Cinéart has been around for 45 years. It was originally established in Belgium, but in 2008 we launched a subsidiary in the Netherlands. I think it was a very good move on our side, because now we control how the work is done in both places. My colleague Stephan is based in Brussels, and I’m in the Netherlands, but we treat Cinéart as one entity, at Benelux level. We have local teams in both countries, covering all windows. We focus on quality films, releasing around 30 titles every year. I would say we have a fairly wide spectrum of films, but the bulk of it is arthouse or crossover cinema. We occasionally do bigger French or English productions, but also small local titles and documentaries. Beyond that, and as we buy most on script and therefore early on, our contribution to the financing and development of films is more important than ever.

Is there a specific campaign you are particularly proud of?

We were very happy about Portrait of a Lady on Fire. The involvement of the producer and the director was amazing in terms of supporting the campaign. In the Netherlands, the film did extremely well, so we were very proud. I would also like to mention The Specials (Hors normes), because we did a lot of partnerships with mental health institutions. We built on the obvious themes of the film, but also changed a little bit the trailer, promotional materials and online assets to focus on the universal topics of brotherhood, fraternity and fighting against the odds. We succeeded in showing people that it was a film for a broad audience, and it worked very well in the Benelux – compared to other territories.

What are the particularities and challenges of the market?

The Netherlands is a very strong theatrical market, which is very impressive. For over ten years the numbers have grown steadily. VOD (Premium VOD, Transaction VOD, Subscription VOD) is also growing in the Netherlands, while Free-TV and Pay-TV are comparatively stronger in Belgium. One of the biggest challenges of the Benelux market are the multiple regions and languages, with different holdbacks on other territories, which means that we have to wait for some films to be released in France or the UK before we can exploit them in the Benelux. We also face the same problems as in many other countries: there are a lot of films being released, so there is a congestion in the market. Contracts are also getting more complex. The number of options available to exploit a film is increasing, which is obviously challenging but also brings opportunities, as several business models will coexist.

What has been the impact of the lockdown for your work? What measures are being implemented?

Roughly half of our turnover comes from theatrical, and this has been closed down. On the other hand, VOD and Pay/Free TV revenues have been rising. In lockdown, we have been focusing our efforts on all types of VOD releases and working on partnerships. We have a big selection of our films available across all platforms. We even acquired a few VOD titles in the last few weeks. I strongly believe this was essential not only to keep on providing great films to our online audiences but also to keep on investing in troubled times.

We also try very hard to keep a relevant B2C profile and build our brand. Our website is Google- and mobile-friendly, and we have quite a lot of followers across all social media (very strong following compared to peers). The most important thing right now is to keep calm and carry on as the Brits put it. Obviously it’s a tough period, but we are trying to make the best out of it. It is very important for independent distributors to find new ways of doing things, staying relevant and healthy.

As for the measures, the government is providing support for our labour costs. A portion of our turnover has disappeared during lockdown, so we have partial unemployment in both countries. We can also delay some of our taxes. If the situation lasts longer, additional measures may be required for the sector.

Theatres are starting to reopen in some countries. How is the situation in the Netherlands? What is your release schedule?

Here it has been announced for the 1st of June, with a maximum average of 30 viewers per screening. Cinemas have been working hard on their protocols, which have to be approved by the government. They need to respect all the sanitary rules and the distance between people. On July 1st, it should go up to an average of 100 people per room. I think some cinemas will open in June, but others will wait a little longer because it is not feasible for them to work with these restrictions. Early signs show that most cinemas will open, albeit at reduced capacity, which is very good news.

Our first release is scheduled for mid-June. We did a few premium VOD releases but we also kept films ready for theatres. We’ll see how it evolves, because everything is quite conditional these days. Our first release should be Ema by Pablo Larrain, and then we have a stream of releases scheduled for later this year (Babyteeth, Adam, Supernova, The Father,…), but we might have some holdbacks. If France or US decide to delay a release it will have an impact on us as we would have to delay our releases too.

What is the usual split of income in terms of windows? How is it evolving?

Around 50% comes from theatrical, which is a Benelux average. Then we have TV, which is about 25-30%, VOD with 15% and DVD with 5%. It’s interesting because PVOD has been operating in the Netherlands for a while, which wasn’t the case in Belgium. However, since the pandemic, the Belgian market has really picked up on the premium VOD. The overall market in the Netherlands has become a bit more fragmented across windows over the years. We lost our main Pay TV player a few years ago, but now there are some companies like KPN or Amazon which are making steps into the Pay TV and SVOD space, launching new services. The market is less traditional in that sense and we are working with many different types of deals – managing exclusivity and premiumness across a mosaic of options. Obviously, there is a competition between international and local content, but there is a big demand so I think there is space for both.

On a more personal note, what motivates you to work in distribution and how should tomorrow look in your view?

We buy most of our films on script basis (about 75% of our titles), so it is very exciting to see how everything comes together. It’s always a bit of a miracle when a film is great, as many things have to fall in place: e.g. acting, directing, music, editing. What also keeps me motivated is that we have a wonderful team, a big reputation and a great connection with our audiences. It is important to remain relevant, and I think the future will be even more B2C for us. Our brand being even more important. 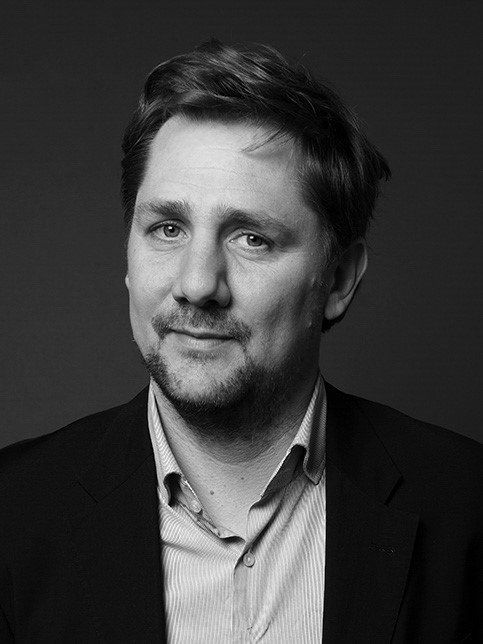