Marek Bień, describes for us the situation of the Polish market for independent film distribution, which has seen a very impressive growth the past ten years. After the lockdown, the market showed its strength by getting back on his feet: but Poland now faces the second wave of the pandemic, and no one knows what will come next. Hopefully, Gutek Film will be able to count on the very close relationship it has with its audience.

Can you tell us about Gutek Film’s line up and financial strategy?

Gutek film is mainly focused on European Arthouse director driven films. Since 1994, we introduced to Polish audience works made by many prominent directors.  We attach great importance to the quality of the films: it has to have a very high artistic attractiveness, and/or deal with important and current social issues. It’s necessary for us to be in line with current reality and to present important voices.

We also want to keep financial sustainability through a conscious risk management; therefore, we share with our audience films with different box-office potential. First, we buy big titles like Pedro Almodovar’s Pain and glory, or Serial bad weddings 2, by Philippe de Chauveron. The second category would be medium films, such as Portrait of a Lady on Fire, by Céline Sciamma, The Traitor, by Marco Bellocchio, or The house that Jack built, by Lars von Trier. And the last category is the smaller films, new discoveries: unknown directors but with something intriguing, some potential that we know how to put out so we can push the film forward. The strategy is to release 14-16 films per year, with this mix of categories.

How is the market like in Poland for independent distribution?

The Polish film market has been growing and developing very fast throughout the last years. It almost doubled in ten years. That’s in line with the general process in Poland. The economic situation of Polish society has been improving and people want to go to cinemas. The market grows in terms of admission, in the number of Arthouse screens or multiplex cinemas, and in terms of Polish films produced every year, with the support of the Polish Film Institute. This positive process has been visible in every corner of the market for the last ten years. It still has one weakness: it’s quite a big market but with no major famous international or regional festival. At the moment, we do have a large number of small festivals, which are crowded, but with limited international impact.

What is the main challenge in this situation?

Before the outbreak of the pandemic the market was oversupplied with titles and we had difficulty with getting our films to reach out to the audience. It could be also difficult to book enough screens and good show-time in cinemas, or find an appropriate day of release. There were up to 10 premieres every week, and sometimes even more! But now it’s totally changed with Covid, and it’s impossible to know what the future will bring.

How was the re-opening of the cinemas after lockdown?

I checked the figures in terms of box-office every week and compared them with the same week, a year ago, which was the best year in Polish film industry history, in terms of box-office revenues and admission. Since the re-opening, there has been a steady growth, a positive tendency. We started with -95% in late June, early July (compared to the same week the year before). Week by week it got better: -80% in July, -70% in August, -55% early September and -45% the last week of September. Compared to the best year in Poland!

.. One of the major Polish distributors decided to release two Polish blockbusters, which significantly helped push the market forward. This trend was moderately optimistic and showed the strength of the market, in a situation where American studios decided to delay some films, local distributors also postponed the premieres of films with greater potential, campaigns were limited, the number of seats in cinemas reduced, and many cinemagoers, especially the elderly, were still afraid to visit the cinema… If there hadn’t be a second wave, we could have expected a further expansion of the market.

Did you release any film during this time?

We were amongst the first distributors to decide to release films when theatres reopen. It was partly as an act of solidarity with the market and partly because we just wanted to start working with new films. We started working on them during the lockdown: the date of release was set and the promotional campaign was ready for launch. We released five films in June, July, August and September (such as The Traitor, by Marco Bellochio, Arab Blues, by Manele Labidi, the Islandic film The County, by Grímur Hákonarson or the Czech film Charlatan, by Agnieszka Holland).

One thing is to decide to release the films, another thing is to do everything to make the release profitable, or at least not to lose too much. We of course adjusted our box-office estimations and P&A expenses to reduce the risk of operation. In most cases we decided to release films that were supported by Creative Europe. It was a very important, supportive and stabilizing element. It allowed us to invest more in the campaign, make the film more visible and book more cinemas across the country, not only a few places in big cities.

What do you think should be done to help the sector in this Covid situation?

Many companies were beneficiary of the financial shield introduced by Polish government during the first wave of the pandemic, but now when we face the second wave, it’s just far from being sufficient and especially exhibitors need an urgent help. There’s a growing need for a cinema recovery plan to compensate box-office loss. In France it exists, in Poland there is just a chance for the government to introduce a special aid program dedicated to cinemas and distributors, but the final decisions are not yet available, as well as the details of the program… It’s very important, because exhibitors are the crucial point in the whole chain. Many of those cinemas are at the limit of their possibilities to continue operating.

Are you planning any further release now?

It’s hard to make plans with the second wave of the pandemic. Everything changes so rapidly. We don’t know what to expect in the coming months, if there’s going to be a lockdown or not. Basically, we hope to release our films in the coming months, including works with bigger potential by the end of the year, or at the beginning of the next year, but the market situation needs to be monitored and release decisions must be kept up to date. We have our line-up, specific release dates, we are working on campaigns, but now we are faced with the possibility that some films may be delayed…

What is the repartition of income between the different releases for your films?

The majority of income comes from theatrical distribution, and the second source of income is Pay-TV. Depending of the success of the film in cinemas, the repartition is usually more than 50% of the revenues for theatrical release, and Pay-TV is right behind it. The third source of revenues is revenues from TVOD, but they constitute a small single-digit share in the overall revenues from the exploitation of the film,  SVOD really does not exist, it’s at the end of the whole chain as major Polish VOD platforms offers TVOD, and DVD is going down, it’s really just a symbolic part.

The love for cinema, of course. In secondary school, and during my economics studies, I visited arthouse cinemas all the time. I had this intense feeling, watching films made by such extraordinary directors such as Fellini or Antonioni… It grew on me. I thought it would be a good idea to mix my passion with my professional life.  In the 90’s, the audiovisual industry in Poland was at a very early stage of development and it wasn’t very typical for a person with economical background to work in the film sector. But I thought I could add something useful, valuable, to the company which distributed the films I liked. So I decided to call the company’s headquarters directly (emails were not so common then), and it just so happened that Roman Gutek, the owner and founder of the company, answered the phone. We started talking… and soon after I started working here.

What was your biggest success?

There are many examples! We’ve been 25 years in the market: that’s a very long time. I would mention big titles like Amelie Poulain, by Jean-Pierre Jeunet, Untouchables, by Olivier Nakache & Éric Toledano, or last year it was Parasite, by Bong Joon-ho. These are our successes in terms of box-office revenues. 700.000 admissions for Untouchables, that was an outstanding success. But practice has also taught us how uncertain this market is. You can never be sure what the final result of the film will be.

Is there a secret ingredient in this company’s success?

As I said, distribution is always a risky business, and there is often an unknown. We can only predict how the film will do to some extent, approximately. And there are many ingredients of the success. I think they lay in our general approach to each film we acquire for theatrical distribution, which could be described as a careful curation of each separate work, an insistent need to share with our audience these precious gems, which we aim to perform on each step of the campaign: during the first launch on local arthouse film festival, at preview screenings in selected cinemas across the country, when creating original artwork and main communication, when setting up the media coverage and a campaign.

This secret ingredient is just a close relationship with our devoted audience looking for the same content we are interested in. We keep this close dialogue and cinemagoers are attached to our line-up. It was very visible during lockdown: people were interested in our situation, on how they could support the cinemas, etc. I don’t know how we could get that without theatrical releases. It wouldn’t work out. And without the theatrical window we would lose a lot of people who would never know about our new releases. This is why, in the current situation, the exhibitors and the cinemas are the most important to save for the future. 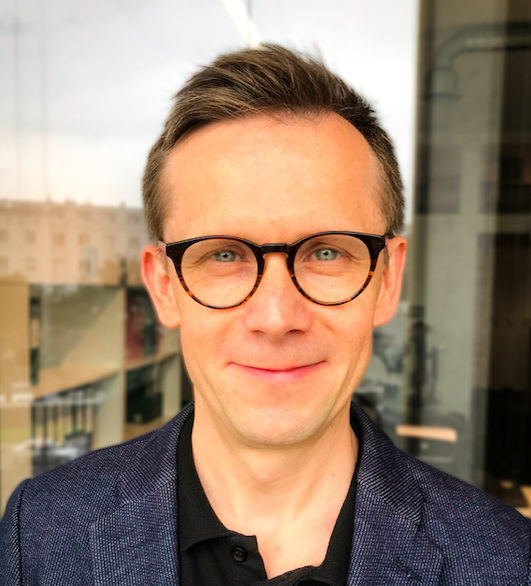