We interviewed Margherita Chiti, General Manager and Head of Acquisitions and TV sales of Teodora Film, to discuss the complexities of the Italian market and her position as an independent distributor in the midst of the Covid-19 pandemic.

Could you tell us about the company’s history and your editorial policy?

Teodora Film was founded 20 years ago by Vieri Razzini and Cesare Petrillo. From the beginning, the company focused on independent arthouse titles, directors driven and with a special attention for LGBTQI films and female directors. Cesare Petrillo left the company one year ago, while Vieri stayed as a partner. At the moment, our team is formed by Daniela Graziano (CFO), Stefano Finesi (Publicist and Communication), Gianluca Buttari (Technical and Marketing) and myself (General Manager and Head of Acquisitions). We are still dedicated to arthouse cinema, so we try to follow up with directors we have been working with and distributing throughout the years. We are also starting to explore potentialities of co-production. Obviously the current situation has forced us to stop, but we will certainly get back on track with this line of work.

What are the main complexities of the Italian market?

We are dealing with a very difficult market for arthouse cinema, but I think it is a general wave that has been taking over the arthouse distribution sector across Europe. It still exists and it has an audience, but it is clearly becoming more and more niche. In recent years we had to adapt to a new model sustained by smaller revenues. We reduced our P&A expenses and changed the approach for the promotion of our films. Now we spend less in publicity and invest more in the curation of the titles. Our releases are smaller and we do almost everything in house, except for some professional collaborations, so we could adapt quite easily to this new scenario.

One of the biggest challenges for us is to find screens for our titles, because many theatres have closed over the past few years. Dubbing is another obstacle for Italian distributors. It requires a huge investment, so you need a certain revenue in order to recover. In Italy it is very difficult to release small arthouse titles in original version. We tried with some films like Stranger by The Lake, Weekend or School’s Out, but these have a very specific and loyal audience. We also have a huge problem with piracy, which has never been properly addressed. There is no effective regulation against it, so everybody pirates films.

How are you dealing with the current situation caused by COVID-19?

We released a film the week before the lockdown, because we had already invested in P&A. It was Doppio sospetto (Duelles), by Olivier Masset-Depasse, the most awarded film in the history of the Belgian Magritte Awards. The first week it worked pretty well, but then everything stopped. We decided to postpone our upcoming releases, so now we are just waiting. There are many discussions going on right now between distributors and exhibitors about what to do, but there is nothing really concrete. I think we should wait a little bit until we get over the worst part of the pandemic. Cinemas will be among the last places to reopen, so probably the season is over up until September-October. Unless the situation allows it for some open air cinemas in summer, which are very successful in Italy. For the moment we are not planning on releasing our films in any other way, because we want to preserve the possibility of a theatrical release. We can do that because we are small company, with only 2-3 upcoming titles which are not very expensive. If nothing happens until the end of the year we might consider other options, but right now we prefer to wait and see. Nevertheless, some proposals are coming on the exhibitors side and we are listening and trying to understand how to possibly cooperate in order to help all the theatres – the smaller and the bigger ones – that have sustained our history and development.

One of our latest releases, the Macedonian film God Exists Her Name is Petrunya by Teona Strugar Mitevska. The film was quite a flop in France, which is usually our benchmark, so we decided to change the campaign and the whole approach for the promotion. We did everything in house: created a new trailer, a new poster, pushed a little bit the comedic side of the film… I think this was the key element. We also managed to have the director in Italy, because she was attending the Torino Film Festival for a retrospective. Our publicists did an incredible job with the press, and eventually the film did more admissions here than in France, which is quite unusual. We are very happy about that. We strongly believe in teamwork: we share all the decisions, constantly confronting each other – each one being aware of the field of competence and know how – and I do believe that this is our major strength.

What is the usual split of income for your films?

Theatrical is always crucial for us. On average, I would say it represents at least 40% of our revenue, with the other 60% coming from Pay-TV, Free-TV, home video and SVOD. This might vary of course, depending on the film. We still do some DVDs with an external agent (CG Entertainment), but the income is very small. When we released Woman at War we launched a special campaign where the audience could request a Blu-Ray, and it would be produced specifically for them. It turned out to be quite successful, but it’s definitely not a big market anymore. VOD is evolving a little bit, but compared to the revenues we used to do with DVDs, not to mention VHS at the beginning, we are still very far behind. The situation is slightly improving with streaming platforms, so we decided to release our catalogue on Prime Video, which brings us a constant flow of revenue.

On a more personal note, what brought you to distribution? How do you see the future?

After my studies I started working as an assistant professor, but I didn’t really like the strict world of the university in Italy. I found out that a distribution company called Mikado Film was looking for an intern, so I decided to apply. It was just out of curiosity, but then I discovered this amazing job in acquisitions, where people were paid to watch films, go to festivals, create a line-up and follow directors. That was everything I always wanted to do. In the following years I worked for different companies like Warner Bros., Sacher Distribuzione, Cinemaundici produzione… and nearly ten years ago I joined Teodora.

As for the future, the arthouse sector has been changing a lot. It is becoming smaller, but I hope it stabilizes for a niche. We don’t want to make a lot of money, we never expected to become rich out of this, we would be happy to just keep on doing what we love. We are true cinephiles, so we feel grateful when we are able to bring a film we love to the theatres. I hope our audience will keep supporting us. I would also love to see people back in the theatres, because that is the place where cinema should be enjoyed. 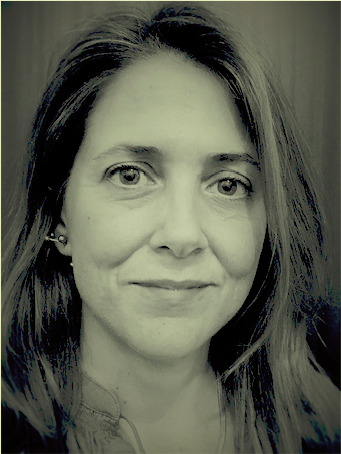