We spoke to FilmLaden’s Managing Director, Michael Stejskal, about the complexities of the Austrian market. Whilst the cinemas have re-opened after lockdown, there is still a threat of a second wave and an uncertain future.

Are there any complexities or peculiarities with the Austrian market?

It’s complicated and simple at the same time. It’s complicated because it’s more or less a part of the German market. Austria has 10% of the inhabitants of Germany and about 12% of the cinema admissions. So, statistically our audience goes to the cinema more than the Germans.

Most of the films are not sold directly to Austria, but to a German distributor, who then sublicenses the Austrian theatrical rights to an Austrian distributor. We of course try to get the rights directly from sales companies, but it doesn’t happen often. For bigger titles especially, we have to buy the rights from the Germans.

Normally we only have the cinema rights, no VOD, no TV, or any other rights. So, for most of our films we are focused on the most complicated and risky part of the business – the theatrical rights. In Austria, our cinema market is monopolised to a very high degree. There is one big chain which has a large portion of the market share, several smaller chains, some local cinemas and about a dozen arthouse cinemas. That’s it. It is also very centralised, with everything focused on Vienna, because it is the only really big city in the country. If you take the population of Vienna and those who travel to Vienna for work (or to go to the cinema), it’s about 2.5 million people, and the total population of Austria is 8 million. So, we have to focus on Vienna, in this way it’s more comparable to the French market (where the focus is on Paris), than in Germany where it is more spread out (with Berlin, Hamburg, Munich etc.).

Then on the other hand it is quite simple because we are only working with the theatrical rights, there are not many players on the cinema side, and we’re concentrated on one city, on Vienna.

With COVID-19, has anything been put in place to support distribution in Austria?

No, not yet, we are working on it, I don’t know if our efforts will be successful. Of course, we have had the support that all companies have received, such as the furlough scheme (like everywhere in Europe), and some subsidies which every company can apply for.

How have you adapted as a distributor during these times, have you changed the kinds of films you are releasing?

between March and June. The figures have been bad, it would have been cheaper to not release them. There have been some exceptions, not for us, but some of our competitors have had okay figures with some arthouse titles. In general, it has not been good.

In June and July, the bigger multiplex-chains where closed and only smaller films were on release, so it is complicated to compare with the last year. In our own cinemas we had about 60% of the admissions of last year. In August we had about 50% of last year’s admissions. For the whole cinema circuit, I do not have the exact figures at the moment, but it is a dramatic loss.

Looking back to a more positive time, what has been your most successful European release?

Our biggest success in Austria was Serial (Bad) Weddings (Philippe de Chauveron) with 430,000 admissions and 230,000 admissions for the sequel. We have a long tradition of European titles that have worked well, for example, “Amelie”, “Goodbye Lenin”, “Potiche” etc. but the biggest success without any doubt was Serial (Bad) Weddings. It was the perfect film at the right time, and I think we did a good campaign.

We risked a lot, because we spent a lot of money for the campaign across all channels (TV-spots, radio-spots, ads, a good social media-campaign, a lot of pre-screenings etc.). We had very good partnerships and we worked hard to get the maximum support from the cinemas.

I was always interested in film and like most of the people who are working in our business it happened by accident. Most of us didn’t have the plan in their youth to become a distributor. It’s not the type of profession that you are thinking about when you are a child, like becoming a pilot or a doctor. So, it was many years ago, I joined what at that time was a very young distribution company and progressed that way.

It’s coming to the office at 8:15 and leaving the office at 7 in the evening. And then sometimes we have our premieres or some other events in our cinemas. An interesting aspect in our profession is that you have a lot of different things you have to do, and you must have a lot of different skills. We have to read scripts, to see rough cuts, and discuss it with the director and producer. You have to have some kind of economical understanding throughout the company. You have to be a leader for your staff. And you have to keep all the time your optimism because it’s emotionally very demanding – sometimes you have big triumphs and sometimes you have terrible failures.

I don’t have any doubts that the cinema will have its place in the future. We don’t know of course how long it will take to get back to normality and we don’t know which of the new changes will become permanent. For example, films that are released on VOD and cinema at the same time, films only being released on VOD and not at the cinema, etc. For a distributor like us who is only connected to the cinema, it will be a very complicated transition. It will probably be necessary to have some political support otherwise, maybe there won’t be any independent distribution in countries like Austria. I’m not really pessimistic because of course there will be some type of support but when it will be and how it will be structured, I don’t know.

I think it will be very crucial for the next few years to enforce a better development of the MEDIA programme, it is public sector but we can’t really discuss it with them. And we will need it more than ever to continue, so we have to communicate with the guys in Brussels and we have to find better ways to find funding mechanisms which are a real help; especially the Selective scheme which does not enable the distributors to plan a proper release. It is more or less a lottery at the moment. 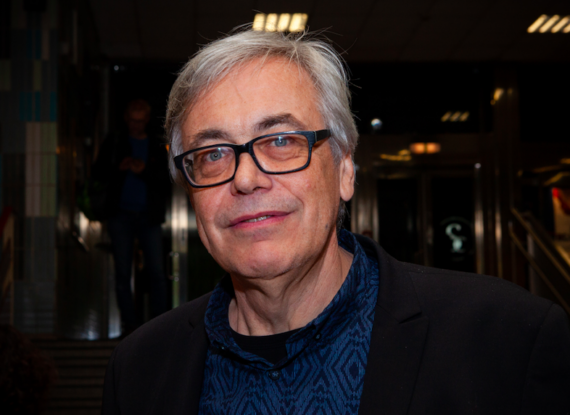