We interviewed Miguel Ángel Pérez, founder of Spanish outfit Surtsey Films, to discuss the main challenges of the distribution market in Spain and the future of the sector after the pandemic.

How did the company come about and what is your editorial policy?

Surtsey Films was launched in 2012. Back then I was working for Karma Films, another distribution company with long experience, but for different reasons I decided to start a new project on my own. During these 8 years we have released around 100 titles, roughly 10 every year, with both successes and failures. We focus on arthouse and European cinema, especially French and German productions. Unfortunately, we are not distributing a lot of Spanish cinema, mainly because we are not often given the chance. I would say that is one of our pending subjects.

What are the main challenges of the distribution market in Spain?

The loss of independent cinemas in the last few years is one of the main challenges. It is very difficult to release our titles beyond the 40-50 cinemas we usually work with. There is a lack of screens willing to show this kind of films. Dubbing is another challenge. Out of the 100 films we have released, more than half have been dubbed into Spanish. In many places there are no cinemas screening films in original version. If you want to expand your business and make your films available for a wider audience you are forced to dub them. The market has also become more competitive, because in the last 4 years a lot of new distribution companies have started operating. In that sense, I believe there are a lot of titles being released. Every week we have 13 or 14 titles coming to the theatres, while a few years ago the average was 7 or 8. The market has become more difficult for the traditional distributors.

What measures are you implementing to deal with the crisis?

Being patient and waiting, there is not much else to do. We had a release scheduled for March 14th, right before the lockdown, in which we had invested more than 40 thousand euros…. Usually from November to February it is very difficult for us to release with relative success, because the box office is dominated by the Oscars. The most intense period for us usually goes from March to September, so this situation has affected us deeply. For the moment there is almost no specific support for our sector. There is not much we can do, apart from being patient and hoping this doesn’t last long. Maybe this summer will be better than usual, because a lot of people are going to stay in the cities. We might have an opportunity within this tragic scenario.

What is your schedule for releases now that cinemas are reopening?

We might start releasing around mid-June, which is actually better than we expected at the beginning. At the moment we have 4 or 5 films ready to release, but there is no fixed strategy. There is still a lot of uncertainty, so it is absurd to think about the calendar. We won’t release our titles in other platforms either. When we buy a film we pay a big MG which is very difficult to recover without theatres.

What has been your most successful campaign so far?

We had some box office hits that made us very proud, such as Hannah Arendt, Night Train to Lisbon or Aurore. Last year we were also gladly surprised by the success of the Chinese film Long Day’s Journey into Night. As for a specific promotion campaign, one of the most special cases in recent years was Virgin Mountain (Fúsi). We decided to change all the promotional materials, going for a more simple, romantic and moving title, “Corazon Gigante” (“Big Heart”). We organised different avant-premières and we invited the director to Spain. Eventually the film had the second best box office result in Europe.

What is the usual split of income for your titles in terms of windows?

Approximately 55% comes from theatrical, 30% from free and pay TV, 5% from VOD and the remaining 10% is shared between DVD and others. Film clubs and alternative venues are very important for us, sometimes even more than VOD. Free public TV still gives us no joy, and when private channels failed, Amazon or HBO appeared. Netflix has never bought anything from us.

What motivates you to work in distribution and how do you see the future?

The truth is that I was quite discouraged, that is why I’m starting a parallel activity. The distribution market is very saturated, and we must look for different scenarios and opportunities. Therefore, I have decided to jump into exhibition. If everything goes according to plan, we will soon open a cinema in Madrid. Despite all, I’m actually optimistic regarding the future. We are going to suffer, but this sector is used to go through hard times. We are survivors. I believe we will get over it and people will go back to the theatres. Soon this will only be a bad dream. 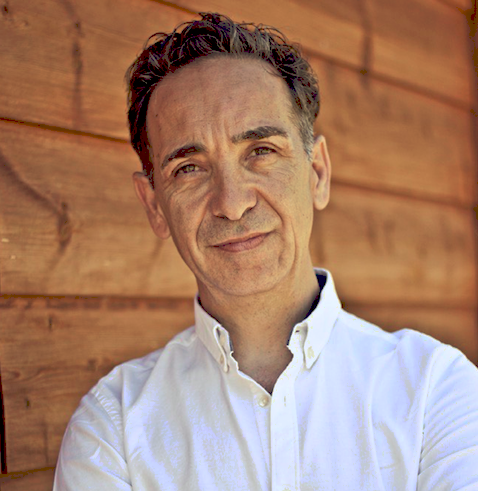