We caught up with Mika Siltala, CEO and founder of Finnish distributor Cinema Mondo, to discuss how they managed to survive throughout the lockdown thanks to a diversified business model.

How would you describe your line-up and editorial policy?

Cinema Mondo was founded in 1990. Since then, we have released roughly 550 tiles throughout the years. We are old-school theatrical oriented, always on the hunt for good arthouse movies. As our name suggests, we look for titles all over the world. Japanese animation has been a big part of our profile, especially the Studio Ghibli catalogue. We have also released films by Wong Kar Wai, Takeshi Kitano and Asghar Farhadi, among other classics and masterpieces. I would say our line-up is rather eclectic. Business-wise, maybe it’s not the easiest profile, but this is where we feel most comfortable.

How is the film distribution market in Finland? What are the main particularities?

The market is very centralized. For some arthouse titles, up to 70% of the total admissions come from Helsinki. We are a small nation, with only 5.2 million people, but the fundamental costs are basically the same regardless of the size of your market. The theatre network is also very limited. Helsinki has a good structure of multiplexes and independent cinemas, but when you go to the countryside, apart from the 5-6 university cities, it usually comes down to one activist in a small town to run the single-screen old cinema. At the same time, working in a small market can also be an advantage. For a long time, we were basically the only distributor for arthouse films in the territory. Nowadays the market is more fragmented, and there are 3-4 companies working in the same space. Sometimes we are looking at the same titles, but we try to avoid bidding against each other. The market is too small to start a war.

Can you remember a specific campaign that worked particularly well? What was the key element?

The most pleasant case we had was Amelie (Jean-Pierre Jeunet, 2001), which was by far our biggest ever hit. It happened that the main actor, Mathieu Kassovitz, was simultaneously the main face for one of the major perfume brands [Lancôme], so there was a spectacular outdoor campaign with the same guy in every poster. I guess the timing just clicked. Some other titles like Amy (Asif Kapadia, 2015) or Ida (Paweł Pawlikowski, 2013) were also big hits with us. This brings another explanation: ladies are a strong element within the quality audience in Finland. When a couple goes to the movies, it is usually the lady who decides the film, so this might be another key element for success.

What were the effects of the pandemic on your work? What measures have been implemented?

In Finland, everything started around mid-March. The news were getting quite serious in Southern Europe, but we still went ahead with some releases in early March, like the Japanese animation Weathering with You (Makoto Shinkai, 2019). The film opened wide in multiplexes and arthouse cinemas, and it made 3,500 admissions in just a couple of days, which is very promising for Finland. But then the measures hit in, and theatres started to limit capacity. In a few days, everything was closed.

When it comes to our company’s survival, we were lucky to have a sizeable catalogue on DVD and VOD, as well as a cinema in downtown Helsinki. This is why we are still here: because we have different operations at the same time. If something is failing, maybe the other leg is supporting the company. At the moment, the government is still discussing new measures to support the industry. We know that the Ministry of Education has given one extra million to the Finnish Film Foundation to support smaller theatres and festivals that were cancelled this spring. Despite being rather limited, it will save some cinemas that are fundamental to the industry. The government has just approved a support scheme for local productions as well, covering both TV and cinema. Sadly, no specific national support for distributors so far. Some measures are still being polished.

What is the situation with cinema reopenings? Are you planning on releasing as soon as possible?

Movie theatres are allowed to open from early June, with some restrictions such as limited capacity. A handful of independent cinemas have opened already, and admissions seem to be growing. We are going to have outdoor sneaks in mid-June for our upcoming film, The Perfect Candidate (Haifaa Al-Mansour, 2019) and start releasing at the end of the month. However, nobody is rushing to lock release dates or print posters right now. Obviously, multiplexes need some strong content when they reopen, so everyone is waiting for Tenet (Christopher Nolan, 2020) in July. Some of our films are aimed at older audiences, and these will be more cautious to go back to the theatres. I think we should focus on young urban audiences now, because these will rush back when possible, and then gradually move towards more classical arthouse releases like Ina Weisse´s The Audition (2019) in late summer.

How are you approaching the promotion campaigns and its financing?

The company is barely surviving while waiting for reopening. One key place where we are sneaking our titles is a well-loved outdoor cinema in Helsinki. Basically, it is full every evening without promotion. This is one of the tools we are using. We have been building this space for 20 years, and now it has a strong base of followers. People come there trusting the quality of the program. Most likely we won’t be able to work on traditional media partnerships this summer. Those are on hold because of the situation. Simultaneously, we can get extremely good deals for outdoor campaigns. There is a lack of advertising because many festivals and major events have been cancelled.

What is the usual repartition of income between each window for your releases? Can you give us some example?

In the past, it was really simple: we could say theatrical, TV and DVD had one third each. Unfortunately, commercial TV left the building a few years ago. They only buy Hollywood packages now, so it has no potential for companies like ours. I would say TV is down to half from what it used to be. VOD has been growing, but really slowly, so it hasn’t been filling the gap. In general, it comes more and more to theatrical, where the risks are bigger.

Some family movies have been amazing in all windows for us, like Luc Jacquet´s March of the Penguins (2005), while occasional arthouse titles find lasting legs on home entertainment as well. There is no short answer regarding the partition of revenue for the different windows.

How did you start working in distribution? Are you optimistic about the future?

Back in the 80s, Finland was the corner of Europe, and many films never reached our country. At the time I was travelling to London and Paris, where I discovered brilliant movies and directors. I worked as a journalist, covering those trips with articles and reviews. Eventually, together with some colleagues, we decided to start the Helsinki Film Festival – better known to audiences as Love & Anarchy. We realized there was a huge potential for these titles, as people were rushing to watch exotic movies they couldn’t access before. We decided to do this all year round, so we opened a cinema and launched the distribution company.

I wouldn’t be here if I was pessimistic. We are always on the borderline of insanity and optimism. Right now it is a huge question mark how people want to come back to a normal life, but I don’t think cinemas will go away any time soon. Cinemas are here to stay. In what way? We will find out. 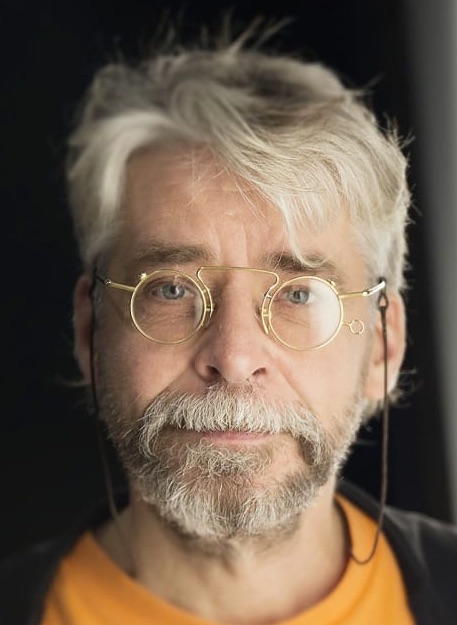