We caught up with Olivier Van den Broek, co-founder and managing partner of the distribution company The Searchers, to discuss their line-up and how they are dealing with the Covid-19 pandemic.

Why did you start your own distribution company and what is your editorial policy?

We founded The Searchers in 2015, after working as consultants in acquisitions for a smaller company. Back then we felt that arthouse distributors were clearly addressing an aging audience, while important movies for a younger generation were no longer being picked up. A film like Whiplash, which established Damien Chazelle’s career as a filmmaker, was not a clear fit for arthouse distributors, but lacked big names for the mainstream. The same goes for Nightcrawler. These films were eventually often picked as part of studio multi-territory deals, that would focus primarily on their ancillary value, and not on their theatrical exposure. We decided to focus on movies coming from young filmmakers, which otherwise would have ended up in similar deals. During the first years we were quite successful with movies like Hell or High Water, Wind River or You Were Never Really Here. Later on we established partnerships with bigger companies such as STX Entertainment, which helped us to evolve and become more impactful in the market, enabling us to defend smaller titles. One of our upcoming releases is Promising Young Women by Emerald Fennell. I think that’s a clear example of a movie that stands out, and that is what we are really focusing on: Making a path for movies that rejuvenate the movie going experience.

What are the challenges and advantages of working in a multi-territory market?

I think the size of Benelux makes it a very interesting territory. It is big enough to actually matter, but it requires significant investments. That being said, the diversity of the territory clearly presents both its biggest challenge as well as its opportunity. The Netherlands is very different from Belgium, and even within Belgium there is a big difference between Flanders and Wallonia. These are two very distinct countries culturally speaking, so it is a challenge to find movies that have an appeal over the entire market. The Netherlands is traditionally closer to anglo-saxon culture, therefore English language movies resonate very well there. It also presents a very healthy theatrical market, both for multiplexes and arthouse cinemas. It is remarkable to see that Benelux presents a bigger market than Germany in terms of absolute admissions. On the other hand, Belgium is more under French influence, making it a bit more traditional.

How are you handling the current situation with the pandemic?

We really depend on theatrical revenues, so it is a big problem for us. On the bright side, it’s clear that there is an enormous appetite for entertainment on behalf of the audience. It’s a matter of being able to adapt and benefit from the situation. Lately we have been very active on selling movies to streamers and broadcaster, and that’s when you realize the most important thing you have is actually the quality of your catalogue. I think that’s something we have to look at as an industry. In a time where things are so challenging, where part of our revenues are being postponed, it’s great to see that quality continues to sell.

What is the usual split of income between windows? How is it evolving?

For us, theatrical income generates approximately 40% of our revenue, with 50-60% coming mainly from Pay TV, Free TV and SVOD. Our goal is to have an entire Benelux theatrical footprint, so about 90% of our titles are acquired for theatrical release in the first place. However, we have been very close to broadcasters, and right now we are working with platforms such as Amazon and Netflix, distributing some of their movies theatrically. As for the differences between countries, platforms work much better in The Netherlands than in Belgium, which is a bit more complex due to the French influence and France’s respective windowing structure. French distributors have to hold back their streaming rights for theatrical films for three years, which puts the (French) Belgian streaming also on hold. This devalues enormously the potential of movies in Wallonia in a streaming era. If a movie is not released theatrically in France, the legal windowing however does not apply anymore so we can be more flexible and creative. Paradoxically, for us this favours the value of films that are non theatrical in France over theatrical films, which makes no sense. I think that’s a big lesson to learn from the current health crisis: flexibility is crucial, and legally imposed windows are a reminiscent of the past.

What has been your greatest success so far?

I’m a big fan of westerns, hence the name of the company. Traditionally, western is not a genre you should acquire as a European distributor, but we have done very well with titles like Hell or High Water, Wind River or The Sisters Brothers. Instead of highlighting one campaign as our “most successful campaign”, I think being able to score regularly with movies that on paper are a little bit against the stream has been our biggest success. Think I, Tonya (“American sports”) or The Big Sick (“American indie without notable cast”). The fact that our team is able to overcome those marketing challenges, making sure that there is a younger audience willing to watch our movies. It’s something that we also have to do with exhibitors: showing them that the path forward is not necessarily the most conventional, maybe even the opposite.

What drives you to continue working in distribution?

I’ll give you a clear example. Three years ago we closed a deal in Cannes for the new Martin Scorsese movie: a big mafia epic called The Irishman, with Al Pacino and Robert De Niro. It was by far the biggest deal we ever signed. Eventually the movie’s financing fell apart, and the film ended up being picked up worldwide by Netflix, which at the time declared war on theatres. If at that point you would have told me that two years later we would be releasing The Irishman wide theatrically on Netflix’s request it would have been insane. This only shows how quickly things have changed over the course of 24 months. If you are a person that gets easily bored, this is a wonderful business, because you have to remain very sharp. It’s important to have a sense of what is going on in the world, but also how things will evolve. I think that’s an enormous motivator.

How do you think the future will look like?

I think that content itself and the quality of the storytelling will be more at the heart of success. The future will favour filmmakers and producers who are willing to make bold decisions and deliver “distinct entertainment”. You can never underestimate the value of quality. I’m not saying that every good movie will be a hit, but if you have a good product that takes its audience seriously, you are already two steps ahead. No marketing campaign can save a movie that lacks any creativity. I also don’t share the opinion that people will only go out to see tentpoles and Marvel movies. Experience isn’t necessarily the equivalent of a 200 million production, it can also be a much smaller film that lends itself for a fun, collective experience. Think about female audiences coming out en groupe to watch Hustlers last year. Or the success of a quirky ensemble piece like Knives Out. There are very little boundaries if you present something that is unique and it is clearly targeted to a specific audience. I think it really comes down to understanding the type of material you have in your hands and appreciating artistic value as a commercial component to success. 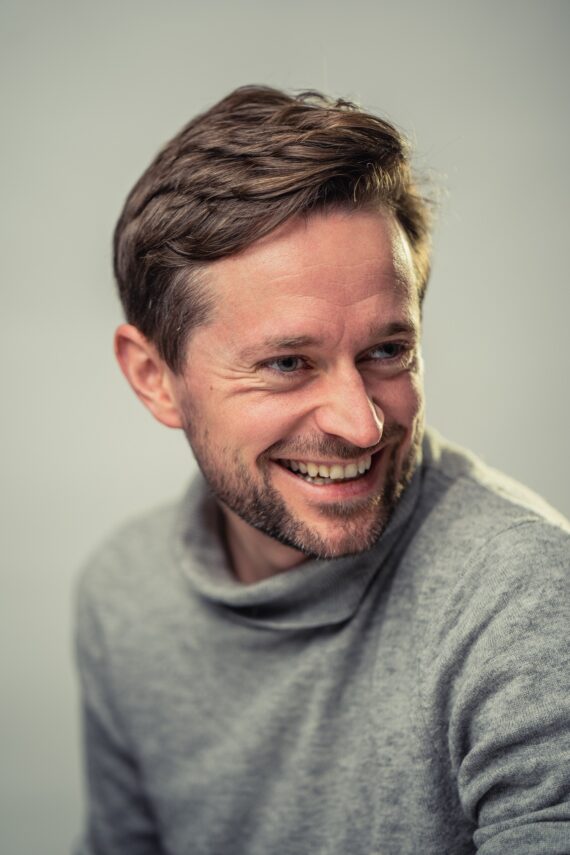