We spoke to Folkets Bio’s Head of Acquisitions, Oscar Eriksson about the Swedish cinema market and its reaction to the pandemic, and his point of view over the importance of theatres and the curator’s work distributors do with their specific audience.

We are currently working on the launch of a new project with the working title Folkets Klassiker a curated program of new digitalised Swedish art house classics from the very start of our company in 1973. We are releasing these titles on both VOD and for cinemas as a part of highlighting our history and a specific part of Swedish film history that Folkets Bio emerged from.

Our editorial policy stems very much from these roots. We are a content driven art house distributor with a strong focus on telling new, untold stories from Europe and beyond.  Among our directors you find Michael Haneke, Celine Sciamma, Ross Stewart & Tomm Moore, Jessica Hausner, Chang Dong Lee and many more.

How is the Swedish cinema market?

As everywhere the Swedish cinema market is drastically changing in the face of digitalisation. Sweden is a highly digitalised country and VOD-platforms grew very fast here. When comparing numbers per capita, Sweden has one of the lowest numbers in Europe and the lowest in Scandinavia, regarding how many films we actually see in the cinema. At the same time, we consume more media than ever. Sweden also has a strong cinema monopoly with AMC owned Filmstaden possessing close to 75 % and together with co-owned Svenska Bio around 80-85 % of the cinema market. A strong cinema chain as Filmstaden creates a somewhat unbalanced environment where blockbuster titles dominate the market. The importance of our own cinema chain and other art house cinemas has therefor grown in importance.

With the situation at AMC at the moment no one can say anything about the future. Within a year we might have very different situation for a majority of Swedish cinemas.

How did you adapt to the digitalisation in Sweden?

Folkets Bio, as all independent art house distributors in Sweden, was quick to understand that drastic measures would have to be done to adapt to the new situation that was facing us and today VOD is increasingly becoming as fundamental to our DNA as cinemas.

Today we have our films on a few digital art house platforms, S-VOD platform Drakenfilm and T-VOD/S-VOD platform TriArt.se being the biggest, but we make them available also on a number of other platforms.

We try to adapt holdbacks for every window from title to title but this is still somewhat of a problem for us. We would benefit from a more flexible holdback policy and we hope this will change in the near future.

What is the usual repartition between the different windows?

The largest part of our income is definitely cinema: it’s extremely important, and I hope it will stay important; it’s still the window we believe in. The usual repartition between the different windows is between 70 % cinema and 30 % VOD but this is changing quickly and in 2021 we estimate the difference to be 65/35.

Why do you believe in theatres and how would you describe your work as a film distributor?

Cinema is where we come from and movies are made for the big screen! For people to gather and watch a movie on the big screen, it’s a possibility to step out of the everyday normal world and enjoy an elevated art form. It’s also a place where people have the possibility to meet each other; it’s a democratic room where everyone is allowed to take part. It’s political because what we screen, what we do, the stories we bring and the diversity we show is not seen in any other room. Digital platforms currently don’t have the same diversity; or it is hidden, it disappears in the mass.

When it comes to the question regarding distributors vs publisher it is a bit of a tricky question. For many people outside the business distributor does not mean very much and I understand why many has started calling themselves publisher instead. This gives a bit more meaning and understanding of the work we actually do. We work with content that we do not just acquire but curate and market to an audience.

The shift we see in the work we do with more specialised releases and the need of being much more specific on what we deliver to the audience is how a role of publisher or curator might be more accurate today.

What was your most successful campaign?

In the last year or so the most successful campaign was Portrait of a Lady on Fire (Céline Sciamma, 2019), that we bought on script.

We decided to release it at the Stockholm International Film Festival as one of the highlights almost one year ago. We knew this film would work with our normal arthouse cinemas and we did a big marketing campaign to target the younger audience as well as young women (22-35). It was great to see the campaign reached that audience: in social medias it created discussions with engaged people and those interactions were fun.

The film eventually reached close to 30 000 in admissions and also was a big success on the VOD-market.

How is the situation now with COVID-19 and how does it impact you?

At the moment the situation in Sweden is quite bad. Since two weeks, gatherings are limited to 8 people and most cinemas are closed until Christmas. Hopefully we will see less restrictions from the 25th of December, but this is still very unclear.

We have postponed a number of releases to 2021. But we released Rocks (Sarah Gavron, 2020) on Friday the 27th November. It had to be limited and we are looking into shortening the window and go for VOD.

Was there any kind of specific Covid related support to help film distribution?

As for the rest of the world, the culture industry in Sweden has been strongly hit by the Covid epidemic and just now new numbers were released showing that the culture and entertainment industry lost 8 billion SEK in the first nine month of this year, a decrease of 15 %.

We have received Covid specific support, both for short term work allowances and support calculated on losses and based on increased P&A expenses from the Swedish Film Institute.

More support is, of course, needed when we now move into 2021 with a very uncertain situation.

Many years ago, I walked into a small cinema in Malmö in the south part of Sweden asking if they needed some help. I started by selling tickets, coffee and candy, and in this basement cinema I saw some of the best films I ever had seen and after that there was no return.  Since then, I have been working with a number of festivals before I started at Folkets Bio six years ago. 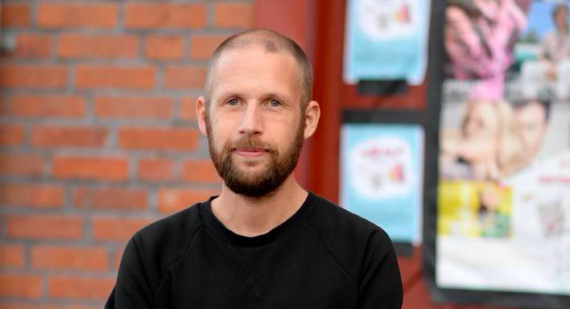