By Jesús Silva and Isabella Weber

We talked to Paul Wiegard and Vera Herchenbach, CEO and Acquisitions Executive of Madman Entertainment, about the particularities of distributing European and foreign-language films in Australia and New Zealand. Due to the huge volume of films being released every year, it is crucial for independent distributors in these territories to promote their titles through the local festival circuit before launching a nation-wide release, a strategy that has been deeply affected by the COVID pandemic.

What is the set-up of your company and your strategy for acquisitions?

Paul Wiegard and Vera Herchenbach: The Madman media group is divided into two halves: one side, the Anime Group, dedicated to Japanese animation. This side of the business handles the licensing and distribution of anime in Australia and New Zealand, including a dedicated streaming platform called AnimeLab, and hosts Comic-Con-like events known as Anime Fest in both countries.

The other side of the group and the key to this interview is Madman Films, focused on feature films from all over the world, where a portfolio approach is taken to our acquisitions’ strategy. Each year, we distribute approximately 5-7 local films from Australia and New Zealand. We also seek a further 6 English-language features from the US or the UK, mostly titles that have broad nation-wide appeal. We have a great interest and pedigree in representing feature documentaries, so we try to acquire an additional 10 feature docs every year. On top of that, European cinema is the fourth core pillar of our film business. Several years ago, we would acquire anywhere up to 25 foreign-language films per year, but now we release around 7-10 titles.

We have made a concerted effort to get closer to content creation, taking a financial stake in two productions companies in Australia, participating in development funds such as Curzon, Cinéart, Madman (CCM Fund), Screen Queensland, and co-distribution deals with other production companies, including New Zealand’s Piki Films, founded by Taika Waititi (Jojo Rabbit, Hunt for the Wilderpeople).

What do you look for when acquiring European films?

We have an arthouse line-up made of director-driven films. We never acquire a title if we don’t plan to release theatrically or foresee a strong film festivals pathway. Madman Entertainment has been the largest supplier of films to the festival circuit in Australia and New Zealand for over a decade. Mostly comprised of French-language films, which arguably have the biggest market share in this territory, but also German and Scandinavian titles, which have enjoyed a strong run over the last few years.

Can you tell us a bit more about your work with documentaries?

Three years ago, we established a streaming SVOD platform dedicated to documentary content called DocPlay. It is non-exclusive so, apart from screening our own titles, we publish documentaries from virtually all other distributors in Australia and New Zealand, as well as sales agents from all over the world. There were many reasons to launch a curated service for documentaries; a core area of interest to extend the life of many feature documentaries and series. Furthermore, it provides an opportunity to directly communicate with audiences. Currently, we have over 80 thousand registered users, more than 530 films and over 60 docuseries.

Are you thinking about expanding the business into cinema ownership?

We decided not to invest in the exhibition business. Even though it would have provided a level of certainty as a distributor, the local market is mature, and we are very fortunate to have a competitive and sophisticated exhibition industry. There are multiple major multiplex chains, as well as a strong network of independent arthouse cinemas and regional venues across Australia and New Zealand. Complementing that, we have a mature cinema-going population that does attend cinemas on a regular basis.

What are the main challenges when distributing European arthouse titles in your territory?

The challenges are universal to every market. First of all, the sheer volume of films released every year, which makes for a very congested market. It is quite challenging for smaller independent films to establish a footprint and have a long run in cinemas. That said, there is also the ability to efficiently distribute films on a far greater number of screens, and respond quickly thanks to digital distribution, which was not the case ten years ago.

A hurdle when it comes to distributing foreign-language films is finding the right balance between the exposure and exhausting commercial opportunities through film festivals. We need enough screenings at festivals to provide word-of-mouth and awareness around a film before venturing into national release. In this territory, few foreign-language titles enjoy a national release beyond the film festival circuit.

How is the competition with other distributors working in the same space?

There are approximately 10 independent distributors operating in Australia and New Zealand. We embrace competition because, in many ways, it helps to develop the market and to cultivate the taste of the audience. Nobody likes to miss out on a film to a competitor, but in the end, it is all about investing in the independent sector, and that is important for the market as a whole.

What was the overall effect of the COVID pandemic for your work?

Because we have a diversified business, exposed to all the distribution channels, we were able to redeploy staff impacted by COVID 19 into other areas of the company. We took this time as an opportunity to experiment and for training new skill-sets. We had just come off a very strong run of films when the pandemic hit, such as Portrait of a Lady on Fire (Céline Sciamma, 2019), Parasite (Bong Joon-ho, 2019) or The Specials (Olivier Nakache & Éric Toledano, 2019). For films originally scheduled over the past four months, many of them have been postponed, but we were able to fast-tracked other titles to Premium VOD with short windows to subscription services and transactional VOD platforms, where we have experienced healthy results. Importantly, the cast and crews were willing to participate in all the virtual Q&As, premieres and publicity. Sadly, most of the independent distributors have had an incredibly tough period because they rely strongly on theatrical. Many people were made redundant, so it has been devastating.

How long were cinemas officially closed and how is the market recovering?

On March 23, all cinemas were closed across both territories. In New Zealand, they went directly into a hard lockdown, but after 70 days the country has reopened almost without restriction. Even so, the major studios have not released the tentpole films, such as Tenet (Christopher Nolan, 2020) or Mulan (Niki Caro, 2020), to encourage people to come back to the theatres. During the first weekend of June, the gross box-office in New Zealand was 22,5% of the same week from the prior year. And that was after 7 weeks of cinemas gradually reopening. As for Australia, we are in the third week after lockdown and the results are 12% of the box-office from last year. Unfortunately, in the state of Victoria restrictions have tightened again with a second wave of the virus, with all cinemas in the Melbourne area directed to close for another 6 weeks.

What is your expectation for upcoming releases?

We had a couple of films that were in the mid-stages of being marketed, such as Monos (Alejandro Landes, 2019) and Shirley (Josephine Decker, 2020). As such we have decided to push on with releasing, rather than rebooting marketing campaigns and with the knowledge other key markets had released them already. Our upcoming national releases include Bill & Ted Face the Music (Dean Parisot, 2020) and The Trial of the Chicago 7 (Aaron Sorkin, 2020), both beholden to USA dating. All major film festivals in Australia and New Zealand are executing virtual editions this year, unlikely to stimulate the same level of awareness and publicity opportunities for films. We have acquired a few new titles during Virtual Cannes 2020, but everything is still very uncertain at the moment with respect to timing. We have managed up to this point, our staff have been outstanding, but we think that the real pain will be felt during the first half of next year.

Before the current situation, what was the usual repartition of income for your titles in terms of windows?

There are many things that come into play and weighting different for every movie. On average, approximately 40% of the revenue is generated from theatrical channels, as little as 5% from physical media (DVD), around 15% from transactional VOD and the remaining 40% from Free-TV, Pay-TV and SVOD. We still have a DVD market and TV has been consistent over the last few years, but for the arthouse market theatrical is the main driver.

Could you provide a few examples of successful promotional campaigns for European films? What was the secret ingredient?

Every release has its own tailor-made campaign, but there are various reasons that can influence the success of a film. Capernaum (Nadine Labaki, 2018) is a good example of a film that benefited from a large expat Lebanese community. Key to the success was focusing on this group for a number of weeks before expanding to a general audience. Furthermore, time to review the performance from other markets including France and USA helped us to calibrate our marketing materials for a wider audience. The film grossed over 700,000 dollars in Australia alone [roughly 48,000 admissions]. Some other European successes from the past few years include The Death of Stalin (Armando Iannucci, 2017), and The Lunchbox (Ritesh Batra, 2013).

What motivates you to continue working in film distribution and how do you think the future should look like?

There is something very exciting about having the opportunity to amplify and share remarkable stories from all over the world. It is incredibly fulfilling. These stories bring about positive social change and awareness.   From a local perspective, the future is challenging, as our politicians would seem to have a lack of understanding or interest in the Arts. Even so, when it comes to filmmakers doing whatever it takes to have their stories made and told, we have eternal optimism. After all, there are 7 billion people on the planet, which means there are a lot of great stories that need to be told!  With every film, there is a hope you’ll learn something new about the world or about yourself. 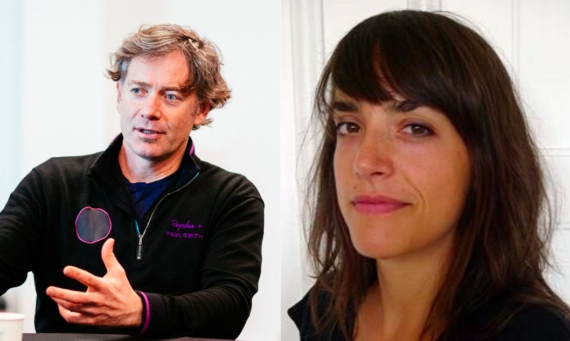