We caught up with our member Seppe Vanhaecke, responsible for distribution at MOOOV, to discuss their role within the Benelux distribution market and the measures they are taking in order to adapt their business model to the current global situation.

Can you tell us about your company’s history and editorial policy?

We are actually a government subsidised organization, which resulted from the merging of two festivals back in 2013. Distribution is only one part of our work. The main activity for us is the MOOOV Film Festival, that we usually held at the end of April. We also have educational programs and a network of cultural centres where we screen our films. Our organization is focused on world cinema, specially titles coming from Latin America, Africa and Asia. We also take an interest on topics such as climate change and migration. Since we are a government funded organization, when we are buying films we make sure that we don’t go against other distributors in the Benelux. If the private companies are interested in the same title, we let them have it. We won’t be betting against other distributors using taxpayers’ money, because that wouldn’t be fair. We aim to be a structural help for the market, showing films that otherwise wouldn’t be distributed. The titles we select for distribution often premiere at our own festival, and after that we release them in cinemas.

What are the particularities of the Benelux market?

Belgium is a bilingual country, which makes it very complex. First of all, our films must have subtitles both in French and Dutch, mainly because of Brussels. There are also some cultural differences. In Flanders we are closer to the Netherlands, while in Wallonia they tend to follow France. As distributors, we always have to keep in mind the release dates for our films in France. Audiences in Wallonia follow French media, so when there is a lot of buzz around a film in France, we want to show it as soon as possible in French-speaking Belgium. It is hard because sometimes we want to premiere the film at our festival and it doesn’t align with the French release. That’s one of the difficulties. Also, compared to the Netherlands, Belgium is a very small market. There are not that many arthouse exhibitors. When we buy the rights for a film in Benelux, the Netherlands is very important for us because audiences are much bigger there. That’s where we always get our biggest revenue.

How is the lockdown affecting your work?

First of all, we had to change the strategy for our film festival this year. It was rebranded MOOOV Festival 2.0, with our main competition going online, so audiences could still watch the films. Part of the programme will be moved to other film festivals, like the Gent Film Festival. Otherwise these films wouldn’t been shown in Belgium. As for distribution, we had to postpone our upcoming releases, which are some of the biggest titles we’ve ever had: Monos, For Sama, Öndög... At the moment we are just waiting. There are a lot of things going on with VOD services in Belgium, and there’s a lot of pressure on distributors to release films on these platforms. As a subsidised organization we want to support cinemas as much as possible, so we will try to release our films in theatres when these reopen. For the moment we have only released a film on VOD, The third Wife, which won the Youth Jury Award at our festival last year. However, if the situation stays like this, we might consider it for other films as well.

What is the split of income for your releases? How are windows evolving?

In terms of percentage, cinema is of course the biggest, it represents approximately 60% of our revenue. VOD is quite small in Belgium, apart from the big platforms, while in the Netherlands there are some initiatives like Picl, where films are released at the same time as in theatres and with a similar price. The income from VOD represents around 10%, but that’s an estimate. We have done DVDs in the past, but not anymore. As for TV, we always make some sales during our festival, and that is also an important percentage.

What was your most successful release so far? What was the secret ingredient?

Last year we released An Elephant Sitting Still, the 4-hour long Chinese film, which did much better than we expected. Even if it wasn’t the biggest film we had in terms of revenue, it was something very special. It premiered in our festival, and then it had screenings in different cities. There was some buzz around the film and it got very good reviews. In Brussels we released it in Cinéma Galeries, and it was on their programme for 30 weeks (since the beginning of May until the end of November). It was basically thanks to the word of mouth. People in Brussels talked about it and kept going. Eventually the film did the same amount of admissions in Belgium than in the Netherlands, which almost never happens. For us it is really important to get support from theatres such as Cinéma Galeries. We always try to engage in conversations with them, instead of trying to push our titles. We want them to believe in a film and support it.

How do you started working in film distribution and what motivates you?

I have been with MOOOV since I was 17. I started as a member of the Youth Jury in the festival and then became a volunteer. Suddenly there was a temporary position available, just right after I graduated, and in January 2019 I started in distribution. For me the most important thing are the films we release. I don’t get the gratification from the numbers or the revenue, because it will never be that kind of success. It’s all about the love for these small titles, which deserve a place in the cinemas. 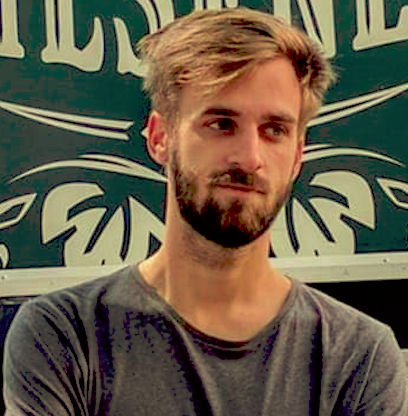