In Norway, cinemas were closed on the 12th March due to COVID-19, but it was one of the first markets to ease restrictions. We spoke to Arthaus CEO, Svend Jensen as the cinemas in Norway were beginning to reopen.

How would you describe Arthaus’s line-up, do you have a particular editorial policy?

We acquire around 12-14 films a year, usually releasing around one film per month. This allows us enough time to carefully select and release every film, which we always do as a team. We are looking for outstanding titles that have theatrical potential. We are not hardcore arthouse, more like mainstream arthouse. That is partly because Norway is a small market, with only 5 million inhabitants, so we cannot be too extreme in our selection. But we do have some more edgy titles, the more artistically brave films. We also try to select films from all over the world, and in every genre, also for children, and different age groups.

We understand that our audience is getting older, but we don’t want to only cater for the 50 plus audience. I think it’s still very important to have exciting films for younger audiences too.

I’ve been in the industry for almost 30 years and previously there weren’t many distributors doing what Arthaus is doing, so we were able to establish a gap in the market, acquiring the great festival films that otherwise wouldn’t come to Norway. For some time, there were only 4 or 5 distributors releasing those kinds of films, so there was a lot to choose from. It was about really trying to find the films that others hadn’t seen the potential in, and we had a lot of success with this throughout the years. We have grown and become a bigger arthouse distributor.

Now there are a lot more smaller distributors and we are competing for the same titles, so the competition is stronger, but I think because we have been in the market a long time, we have gained credibility as being a good distributor. We have a good dialogue with our audience and have built a recognisable brand – both within Norway, but also with sales agents and producers who know we are reliable.

What is it like to release European films in Norway?

We have support from NFI, Nordic Film & TV Fund, and MEDIA, which reduces our risk on releases. Knowing that a film has a strong chance of MEDIA support is always a good thing. Though that has changed now, it’s not like it was four or five years ago, when you could be more certain that a film would get supported [for the MEDIA Selective Scheme].

Has there been any support for Norwegian distributors during COVID-19?

There hasn’t been any new schemes or support, but both the Norwegian Film Institute and the Nordic Film and TV Fund are being very flexible with their grants and have reacted quickly, which has been very good. We can think what’s best for the film and the situation, whether that’s postponing the theatrical or instead releasing digitally or on home entertainment.

We are hoping that there will be some compensation for the films that were going to be released or were cut short because of the restrictions during the lockdown period. The government has said that everyone who has been affected by the lockdown should receive some support, but so far Arthaus hasn’t received anything.

Most of the cinemas have received compensation from the state, but there was a lot of confusion about the compensation scheme. Initially the idea was to compensate the whole value chain through the cinemas (distributors and producers), because only the businesses selling tickets were allowed to apply for the loss of income. But the application form was not clear about this so in the end only a few cinemas applied with film rental included. I believe distributors should be eligible for their own compensation, and that this is going to happen. The cinemas and actors have been supported, but not the distributors or the producers.

What is the impact of the cinemas reopening in Norway?

Around 30 cinemas re-opened on May 8th, we offered them The Farewell which was originally scheduled for 13th March, the day after the lockdown. We had a series of very promising preview screenings before the cinemas closed, and a huge (in our terms) release campaign. We did hope for a quick re-opening of the cinemas (who begged us not to go digital) and waited a couple of weeks before we decided to released it on Premium VOD April 6th. The income from PVOD is very small compared to what we expected from theatrical.

Now (June) most of the cinemas are back in business, but with limited capacity (max 200 at a screening) and strong distancing-rules. Combined with no new blockbuster releases the overall cinema numbers are down 80%, but for us it is just down 40% since no new Hollywood or big local films makes our films stand out more.

Parasite was also on release with very good numbers when the cinemas closed. We had had six very strong weeks at the box office, and it had a huge potential for a very long theatrical tail.

Parasite had been doing very well at the drive-in cinema which started during the lockdown. It doesn’t make us much money, because of the costs involved, but it’s good to see it is being watched and it kept it in the public’s awareness. We also went earlier with the home entertainment release which has been extremely good.

With the lack of revenue from the cinemas, how are you financing your upcoming releases?

Parasite is saving us because it was such a huge success. It’s our most successful film ever with 140,000 admissions and still counting. Also because of the flexibility of the Norwegian Film Institute and the Nordisk Film and TV Fund I think we will manage okay this year.

What’s been your most successful European release?

Michael Haneke’s Amour, it was some years ago. It was successful everywhere, in Norway, it sold almost 100,000 tickets which was extraordinary at the time. We had been following Haneke, and we have released most of his films. It feels good when you have been working for so long with a director to then have a success.

What was particular to the Norwegian release was that the blockbuster Kon-Tiki was Norway’s Oscar hope, but every time someone wrote about Kon–Tiki’s chances, everyone would say that it wasn’t going to win, because Amour was. So it made people more curious to see it.

Looking generally at your releases, how is the income split between the different revenue streams?

We are predominantly a theatrical distributor, that is what we are passionate about, for people to go to the cinemas to see our films.

I would say that 70% of a film’s income is from theatrical, then maybe 15% from DVD and VOD, and 15% from television, something like that.

How is the VOD market evolving in Norway?

We have had this idea of launching our own VOD player for a long time now, but had been waiting for the right situation. Then the Corona situation happened, and we had 60 of our titles ready to be launched, but our platform wasn’t ready, so we decided to put them on a quite new VOD platform in Norway, Nettkino. It was a good way for us to tell our audience, that even though you can’t go to the cinemas, you can find most of our films on this platform. I think we had about half of the films available on the platform, so we were quite visible there, but the numbers from Nettkino are not that impressing. The numbers from our films available on traditional platforms like iTunes are much better.

It was from a love of cinema. Back when I was a teenager in the small town of Skien I ended up on the board of the local film society. Then at university I did Cultural Studies which had a Film and Cinema component. My lecturer was the Head of the National Federation of Film Societies and asked if I wanted to do my national service there instead of military service. During that time, I also started going to the Cinematheque in Oslo, I was probably there every day. The guy running it noticed and said I might as well start selling tickets, so I did. I got to see the middle of a lot of films working there. Then the job of Managing Director of Arthaus came up and I applied and got the job. Arthaus started in 1992 and I have been there since 1994.

I strongly believe in the theatrical experience. It will survive all kind of home-entertainment evolutions. Humans are social animals. We need to explore our world together and share our feelings. The cinemas are the perfect place for this. I think every «market» needs film distributors (or publishers if you like) to sort the good stuff from the mediocre, to highlight the exceptional films and guide the audience. 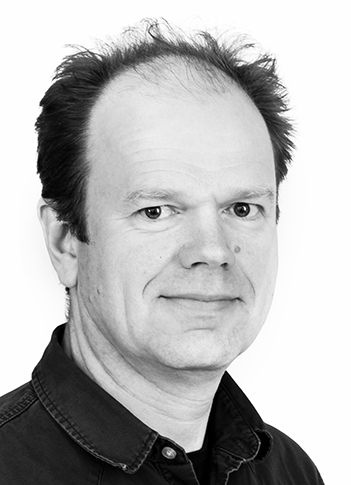