We talked to Xènia Puiggrós, Distribution Coordinator of Segarra Films, to discuss their line-up, the particularities of the Spanish market and the role of independent distributors in the industry.

Segarra Films was founded by Ramon Térmens in 2010 as an independent production company. About 3 years ago we started doing distribution, and so far our catalogue has been quite eclectic. We have followed a strategy of trial and error, trying to find what works better for us, but always with a clear interest in arthouse cinema. I would say that our editorial policy focuses on discovering new voices and releasing titles that otherwise wouldn’t be shown in Spain. We want to promote a type of cinema that goes beyond the mainstream. Films that have something interesting to say, with a distinct voice and style. On that basis, we have tried everything so far: horror, comedy, documentary, indie drama, social cinema, …

Is there any campaign you are particularly proud of?

We always treat every film individually. The fact that we release just a few titles every year gives us the opportunity to reinvent ourselves with every project, considering what we have learnt from the previous experiences and thinking about how can we implement new strategies. A film that really surprised us because of how well it worked was Sofia, a social drama directed by Meryem Benm’Barek. The film won Best Screenplay at Cannes’ Un Certain Regard in 2018. We thought it was a wonderful story, which led us to discover a new director with a lot of interesting things to say. In terms of promotion, we always try to bring the director to Spain, because it is something that works very well for us in order to attract the interest of the press and the public. With Sofia we organized an avant-première in Barcelona and we invited the actress Leticia Dolera to have a Q&A with the director after the screening. It was a great experience.

What is the situation of the Spanish distribution market?

How are you dealing with the scenario caused by the pandemic?

When cinemas close you lose your main source of income. Festivals and markets have also been postponed, so it’s going to be very complex. A lot of companies will have to close, because you cannot continue working without an income. Nevertheless, I think that VOD companies are benefiting from the situation. I don’t know if they have increased their subscriptions, but I’m sure they are having more transactions than usual. Being aware of these problems, and knowing that platforms are not suffering as much as exhibitors, I think the key is being able to diversify your business and adapt. If you have different lines of work you won’t be completely stopped.

What will be impact of cinemas reopening on May 25th?

For us it is great news and a huge relief, because many of the independent exhibitors we usually work with can’t afford to be closed for much longer. Every step towards normality means a lot.

Are you planning on releasing despite the limitations? If so, what kind of films and how are you going to finance the promotional campaigns?

We have already decided to postpone a release we had scheduled from June  to October. Even though cinemas are reopening, the capacity is going to be limited. We prefer to wait until the situation is a bit more normalized. We will see how things are in October, but we are optimistic. As for the next releases, we won’t change our editorial policy, neither our funding strategy: we will continue taking risks. The government is not implementing specific measures or support schemes for distributors, so we don’t have that many options.

The first window is always the cinema, which represents up to 40%. The other windows (mainly VOD and TV) share the remaining 60%, which varies slightly depending on the profile of each title. We cannot imagine buying a film if it is not going to be released in theatres. In that sense we are not just mediators, we try to curate our catalogue and pick titles that can make it to the cinemas. Obviously, televisions play a very important role, as well as platforms nowadays. At the beginning we used to do some Blu-Ray, but we have abandoned it because it wasn’t worth it. We have been working in distribution for just a few years, so we have the advantage to adapt very fast to the changes, because we didn’t have anything settled.

How do you see the future and what keeps you motivated?

This business pushes you to be very aware of what is going on around you. You have to remain sharp, which is very stimulating. Every day is different, and a new challenge means new opportunities to rethink what you do. You have to be very focus in order to find a product that will be interesting to the audience. But above all, you have to keep in mind why you do this. We do it because we love independent cinema and we want to show titles that otherwise wouldn’t be seen. It is a very competitive business, but sometimes people thank you for releasing a specific film in Spain, and that makes it all worth it.

One of the things that has become clear with this pandemic is that humans cannot live without cultural products. Especially in times of crisis, when we need things to distract us, make us think or transport us to different realities. Even if our work changes and we have to adapt to new formats, the truth is that people will always need stories. 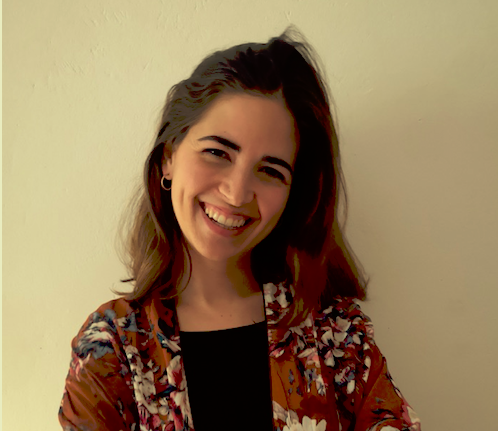