We chatted to Andrea Romeo, General Manager and Head of Acquisitions of Bologna-based outfit I Wonder Pictures. Our conversation revolved around the company’s editorial policy, its recent line-up as well as its distribution and marketing strategies.

Currently, our editorial policy focuses on inviting viewers to watch “clever” but entertaining content, with special attention paid to high-quality comedies, a much-needed genre in this moment of hardship. We’d like to gift viewers with a bit of laughter, magic and optimism. The outfit was established back in 2013 to distribute Malik Bendjelloul’s Searching for Sugar Man (2012) and Joshua Oppenheimer’s The Act of Killing (2012). Both documentaries were in line with I Wonder’s editorial policy of being committed but at the same time passionate about wonderful modes of storytelling – and that’s also in our company’s name! [laughs] Later on, we started working on fiction films such as John Ridley’s Jimi: All Is by My Side (2013), Lenny Abrahamson’s Frank (2014) and Jaco Van Dormael’s The Brand New Testament (2015), which was very well received in Italy. Then we went on distributing other titles such as Armando Iannucci’s The Death of Stalin (2017), Nicolas Bedos’s La Belle Époque (2019), Max Barbakow’s Palm Springs (2020). We’ve released theatrically over 150 films since the inception of our company. All in all, we focus on comedies with strong cultural and cinematic value – mostly French titles, but not only. We added to our line-up films from the UK, the US or even Bulgaria – we boarded Kristina Grozeva and Petar Valchanov’s films Glory (2016) and The Lesson (2014), for example – along with top documentaries from all over the world, spanning titles such as Viktor Kossakovsky’s Gunda (2020), David Batty’s My Generation (2017) and Alexander Nanau’s Collective (2019).

What are your market’s main challenges and peculiarities?

All we knew about the pre-Covid market obviously makes no sense now. We need to start rethinking the industry with the right listening and understanding attitude. Not everything has changed, but we cannot predict all of the aspects of a transformation that is going to radically reshape the process of fruition. Speaking about Italy in particular, it is very difficult to distribute titles all over the country and the relationships between distributors and exhibitors need renewed trust. However, I cannot exclude that the outbreak might encourage more complicity and exchanges between the two sectors. Besides, the biggest challenge is that of finding integrated strategies helping exhibitors to feel confident about their titles’ potential. And that can happen only through a solid alliance between distributors and exhibitors…

How do you see the work of a distributor? What is the added value it brings, especially when it comes to promoting European films?

I see the work of the distributor as a publishing job. I’ve said many times that I feel more like a “film publisher”, as the word “distributor” cannot fully describe our activities. What we do is to select a certain title, taking care of it and build its own identity for the press and for the audience. This is a crucial part of our work, because we cannot simply import films, but these need to be translated, adapted and valued. That’s the magic of our work. For example, we distributed a film by Olivier Assayas, entitled Non-Fiction (2018). We released it in Italy as “Il gioco delle coppie” [lit. “The couple game”], causing much surprise among local cinephiles. For this film, we adopted a more inclusive, mainstream marketing strategy, which allowed to gain a more diversified audience, much different from the usual one engaged in arthouse films and the one it attracted in France. We worked on this title with a sales outlet I trust very much, Playtime. The movie was presented at Venice and was very well received. The original international title was very elegant and quite straightforward for us working in this industry. France chose it to present it as “Double Vie”, but we didn’t find that title convincing enough for the Italian market. Thus, we proposed the team to premiere it three weeks prior to its French release, kicking it off with a limited distribution during Christmas and then expand it towards the end of the year. We decided to give the film a brand-new title, poster and trailer, trying to sell it as a romantic comedy and place less importance on the helmer’s name. The Italian market already knew Assayas’s work through his previous films such as Sils Maria (2014) or Cold Water (1994), which did not surpass the €280,000 threshold. Thanks to I Wonder Pictures’ editorial work, Non-Fiction grossed €695,873 and recorded 113,000 admissions in Italy. Obviously, our deliberately misleading strategy caused some perplexities. Some viewers commented on Facebook their amazement in not finding a light-hearted, “no-brain” comedy but ending up watching a more committed piece. Nevertheless, they enjoyed that type of surprise. People perceived the trick, and I must add that normally the opposite strategy is risky [selling a light-hearted piece as an arthouse one]. It has been fun! But that’s not a rule to follow. For example, for Nicolas Bedos’s La Belle Époque (2019) we aligned our release with the French one – just one day later – and we kept the same title and poster. We made some changes to the trailer, though. The French one was more sombre, so we’ve spent a fortune to add Burt Bacharach’s song Always Something There To Remind Me. The Italian trailer was perhaps less “cinematic”, but surely more joyful.

It’s constantly evolving. Previously, theatrical distribution accounted for 45% of our income, but now it has decreased to 35%. Another important source of income is TVOD and the remaining revenue comes from other types of rights sales.

Concerning the coronavirus crisis, what has been put in place by the Italian government in terms of aid measures for distributors?

We’re still waiting for some official measures. The sudden shutdown on cinemas on 25 October has been really harmful. The government is working towards providing support for the incurred income loss and the closure of cinemas. In particular, the distribution of two of our titles has been significantly disrupted – one was Palm Springs, screened for four days, and the other was Anita Rivaroli’s We Are The Thousand (2020), screened for just one day and winner of the Audience Award at SXSW. We’re also expecting the implementation of a significant tax credit on Italian films.

On a more personal note, what brought you to work in film publishing?

I started my career as a young film critic at the age of 17. Next, I began working as a festival director – I’ve founded several and I’ve been heading one for 15 years, namely Bologna’s Biografilm Festival – International Celebration of Lives. Meanwhile, I had opened a firm providing film distribution-related services called The Culture Business. I collaborated with DreamWorks, Warner, Universal and many other distributors, especially to provide services of media promotion and third-party promotion. In 2013 that market started shrinking. Following the spread of digital releases, distribution became somehow simpler, but also much cheaper. Thus, I decided to sell the branch providing distribution-related services, Fanatic About Films, to one of my competitors, Milan’s Echogroup. Then I started working with I Wonder Pictures on sourcing documentaries for the festival [Biografilm] that Italian distributors wouldn’t pick up and were therefore difficult to screen or premiere here. Later on, I met Joshua Oppenheimer at Telluride and was very impressed about his feature The Act of Killing. I thought it should have been distributed in Italy so I told him: “If nobody is going to buy it, I’ll set up a company and I’ll distribute it in Italy.” It sounded a bit like a joke, and I would have never expected to win this challenge, especially because I’ve seen many failing and I know all the complexities of this work. The first successful titles proved that there was a market gap in documentary distribution, which I was ready to fill thanks to the expertise and connections gained through my work for Biografilm Festival. Then we started adding fiction titles to our line-up and the company grew in size, grossing €250,000 in its inaugural year and later topping over €2,500,000. Besides, the editorial policy we have been working on during the programming of Biografilm Festival has been developed further within I Wonder Pictures’ special section of our slate, called Unipol Biografilm Collection. 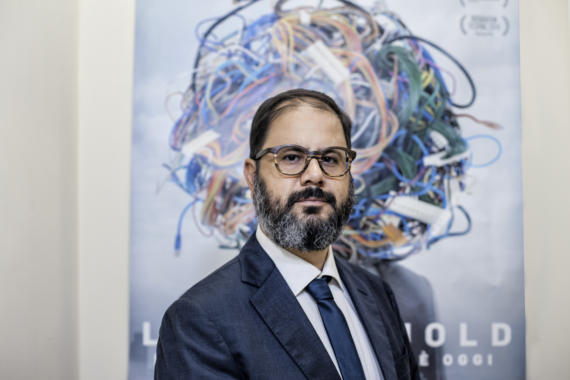