Antonio Medici, CEO of Bim Distribuzione, talks about the situation of independent film distribution in Italy, where the global health crisis has accelerated some trends that were already visible in the market, such as the reduction in cinema attendance. Despite cinemas reopening back in June, and with a network of open-air venues showing promising results during the summer season, the Italian market still suffers from a lack of new releases and specific support for distributors.

The company was established more than 35 years ago by Valerio De Paolis, and later acquired by Wild Bunch AG, a multinational group with companies in France, Germany, Spain and Italy. The identity of the company has evolved over the years, not only because of the change in ownership, but also because of the changes that occurred in the market. In the beginning, we were a small company specialized in very arthouse titles. Since then, we have been very successful buying quality movies that could also access mainstream audiences, such as Amélie (Jean-Pierre Jeunet, 2001) or Brokeback Mountain (Ang Lee, 2005). We are now diversifying our line-up, acquiring genre and animation films, as well as some national titles, which is something we had never done before.

At the end of last year, we launched a production company called BIM Production. This is part of the diversifying process that we are undergoing in order to be more competitive in the market. We are also shareholders of a network of arthouse theatres in Italy. We have direct control over a few venues in Rome and Florence, and we also take care of the programming in different cinemas across the country.

What are the main challenges for independent distributors in Italy?

Changes are happening at a faster speed every year. In my opinion, one of the effects of the COVID crisis was the acceleration of some trends that were already visible in the market. Mainly the fact that the theatrical audience is concentrating on very few titles, which is a very bad sign. There are a lot of films that just disappear in the market, especially arthouse titles. Another effect of the pandemic was the huge increase in digital consumption, but even then, I think the audience has concentrated on a few titles. However, I can see two advantages: the promotional campaigns for digital releases can be much cheaper, with less risk for distributors, and there is more space for everyone. It will be easier to build your audience and it would be less expensive.

What was the effect of the lockdown for your work? What measures do you think should be implemented in order to help distributors?

During the lockdown, we had to sell some of our films directly to streamers. For some titles we had digital releases, others were postponed or given back to producers,… In a changing world, we have to adapt our policy. There were a lot of measures put in place to support national titles, and also support schemes for exhibitors, but there was nothing directly targeted to distributors. I was actually surprised with the MEDIA programme, which was not very reactive during the crisis. They were too rigid with their rules, which were established for a normal situation. I expected them to be more effective, more flexible, considering that MEDIA is the main incentive for distributors of European titles.

What is the situation after cinemas reopened in the country?

Officially, theatres reopened in mid-June, but only 5% opened at first, because there were no new releases. In Italy, we have a good network of open-air theatres, which proved to make good results during the past couple of months. Still, summer is not a cinema season anyway. A lot of places close down in Italy during summer, even without COVID. Everything is changing every week, so it is very tough to make predictions at the moment. After the first weekend of Tenet (Christopher Nolan, 2020), the market drop compared to the same weekend last year was 75%. Week day results seem to be good, so I expect the final drop to be less. However, up until now we didn’t have a strong arthouse release, so we don’t know the real situation for the arthouse market. From September 10, we are supposed to have a normal line-up and stream of releases, but let’s see what the market looks like.

What is the usual repartition of income between the different revenue streams for your titles? How is it evolving?

It is really difficult to give just one answer, because it depends a lot on the title. I would say that, for an average arthouse film, theatrical can be up to 50-60%, while for more commercial titles it stays between 30-40%, but with significantly higher TV sales. Digital is very low for arthouse, maybe 10%, and DVD is not a market anymore.

SVOD and Pay-TV are becoming mainly the same thing, but Free-TV has a totally different approach. While digital consumption or Pay-TV sales are mainly based on admissions, the Free-TV system is based on the slots for broadcasting. Some highly successful movies in theatres are not suitable for prime-time TV, so they get a low sale, while some movies that do not perform that well in theatres get very good deals for TV.

What has been your most successful campaign for a European film?

The first that comes to mind is the UK title The Children Act (Richard Eyre, 2017). I believe we did a very good job, because we approached the film from many different perspectives. It was based on the book of the same name by Ian McEwan, who came to Italy for the promotion. I think it is important to have different tools to market a movie. Years ago, if you had a good cast, that was enough. Nowadays, it is important to have different channels to talk to the audience, and with The Children Act we used many of them. That’s why we were very happy with the marketing campaign and with the results.

How are you approaching the upcoming campaigns?

We are reducing our P&A costs because we know there will be a reduction in theatrical revenues, so we have to be very careful. We always try to adapt the investment to the level of expected revenues, and we know this will be less than before the crisis. In any case, another change brought by the digital world is that we can now be much more effective at marketing without spending a lot of money.

What brought you to distribution in the first place and how do you see the future of the sector?

I was first interested in film production, but then I did an internship with a distribution company and realised that I liked this job better. Sadly, I see the future of independent distribution at risk. Only small companies with low expenses, or big companies integrated into multinational groups, will manage to survive. The middle size companies will have a very tough time. I also think independent distribution will be more integrated with production. Access to titles is becoming more difficult because of the studios and the streamers, so this will be very important for the future of distribution. 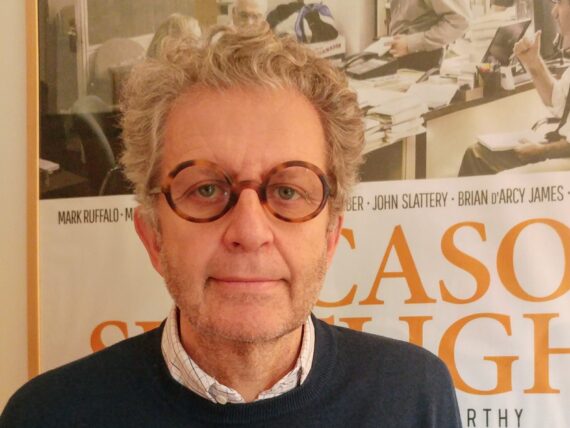