We caught up with Corinne Rossi, CEO of Praesens, to talk about the particular traits of the Swiss market for independent distribution, such as the multilingual nature of the territory, often linked with differences in terms of audience taste and trends. Rossi also opened up about the measures implemented by the government to sustain the market during the pandemic, highlighting the need to be prepared when cinemas reopen in the country.

Can you give us an overview of your company’s history and line-up?

The company was founded in 1924, which makes it the oldest film company in the country. Since the beginning, Praesens was involved in production and distribution. The company used to do a lot of co-productions of Swiss classics, but stopped acquiring new titles for distribution at the end of the 80s. I joined the company 13 years ago, and that’s when we started doing theatrical distribution again, together with home-video, VOD, TV sales… We are based in Zurich, operating for the whole territory, although we have one employee in the French part doing the theatrical booking, as well as a press officer.

As for our line-up, we are totally open to all kinds of genres. We have distributed animated films like My Life as a Zucchini (Claude Barras, 2016), Oscar-winning titles like The Artist (Michel Hazanavicius, 2011) or Spotlight (Tom McCarthy, 2015), many European films like The Bélier Family (Eric Lartigau, 2014) or Loving Vincent (Dorota Kobiela & Hugh Welchman, 2016) … We always try to find special films, regardless of the genre.

What do you think are the main particularities of your market?

We basically have 3 releases for each film, one for every linguistic region: French, German and Italian. That means we have to create different marketing materials and organize three separate campaigns, because the taste and mentality of the audience are sometimes slightly different between regions. We try to acquire films that can be released in the whole country, but sometimes we have French comedies which are very difficult to release in the German part, or German titles that wouldn’t work that well in the other regions. Overall, the German-speaking audience represents 60% of the market, another 30% for the French and 10% for the Italian. We have a strong network of theatres across the country, and a good market for European films, so there is not a big difference between the three territories in that sense.

How do you see your role as a film distributor?

The most important thing for us is to find good stories. Of course, it is important to have good directors, a famous cast, festival attention and awards, but I think it is crucial to find emotional stories that can connect with the audience. Especially nowadays, when we have fewer and fewer film journalists, we need stories that can trigger people’s attention outside the film section in the newspapers.

We usually collaborate with French and German distributors, because many times we have to wait until a film is released in one of the bigger territories. It is always a pleasure to talk to them and see what they are doing, sharing materials and ideas on the promotion. As I mentioned, a big part of our job is also to adapt the promotional campaigns for the three different regions, especially when it comes to the marketing materials. We try to work very closely with all of our neighbours, and sometimes we adapt their materials for the Swiss market. For example, Germans very often work with German titles, but we prefer to keep the original title on the artwork, particularly with European films.

What was the most successful campaign for a European title that you had so far? What was special about it?

I would say My Life as a Zucchini, the Swiss animated feature. We worked a lot on the campaign and it was very successful in the end. We started very early covering all the festivals and working extremely close with the press. Likewise, we organised several premieres, even in the smallest villages of Switzerland. We created a lot of marketing materials for cinemas, schools, bookshops … It was one of the best-animated films that year in terms of admissions, selling 200k tickets across Switzerland.

What is usually the split of income for your titles in terms of windows?

As a company, it is almost 50-50. Maybe 60% for theatrical and 40% for all the rest (VOD, TV, etc). We also buy many titles for straight-to-video release, so it is difficult to compare. However, it really depends on the genre. For example, documentaries have a harder time on VOD. I mean, you really need to see those films theatrically. We still do a bit of DVD and Blu-ray, even though the market is going down everywhere. Apart from that, the rest is quite stable. It really depends on your line-up. If you have mostly documentaries, the ratio goes to one side, if you do more comedies, it goes to the other side. Based on our 2019 figures, the VOD revenue for documentaries is just 10% of the theatrical revenue, while for comedies and dramas goes up to 80%. The SVOD market is growing in our neighbouring countries, so I think it is a matter of time until it develops here as well.

Overall, what was the impact of the pandemic on your business and what measures were put in place to help you get through these times?

Last year, after the general reopening, we bought a lot of films to release right away, because there was not much product available. We did quite well during these times, but now the theatrical window is closed again. We got support for lay-off schemes, so up to 80% of the salaries were covered by the state. We also got support for the missing theatrical revenues, which helped a lot. And of course, we bought many titles to sell directly to VOD or TV. As you know, we are not directly attached to MEDIA, but we have a MEDIA replacing program by the state, and I think we are going to get a bit more money for the next call. Especially for the bigger titles, both European and Swiss, that are supposed to be released in the upcoming months.

In the meantime, we are doing a lot of straight-to-VOD releases, and also preparing for what is coming up. I think it is crucial to be ready when everything starts again, with a good campaign and a great line-up. We are in constant discussions with the government, asking for additional support in terms of promotion. When cinemas reopen, we must let people know that they can go back to the theatres, and also show them that there are good films in the pipeline.

On a personal note, what brought you to film distribution in the first place?

I started working at Warner Bros. in 1999, in the marketing department. Then I got the chance to produce the first local DVD for the film Beresina, or the Last Days of Switzerland (Daniel Schmid, 1999), because Warner was involved in the development. I stayed there for a while, and in 2004 I created my own company, doing DVD production, and started working closely with Praesens. I released all their classics on DVD, and we started buying films together. At some point, we were approached by producers, who said they couldn’t sell us DVD rights only, so we decided to merge the two companies and relaunch the theatrical releases with Praesens.

How should tomorrow look in your view?

I think we have to be more involved with our films at an early stage, taking part in the development of European co-productions. I also believe the theatrical experience will survive. You can’t replace it with anything at home. Of course, there is also great quality in the home entertainment market, but I think everything will coexist. For me, the theatrical experience will always be there. I’m sure we will have discussions about windows in the upcoming months, and it makes sense. We have to be careful and flexible, because we can’t treat every title in the same way. We also need to understand that people are now used to having everything everywhere, so cinemas will probably have to offer new options as well. It’s going to be an interesting time. 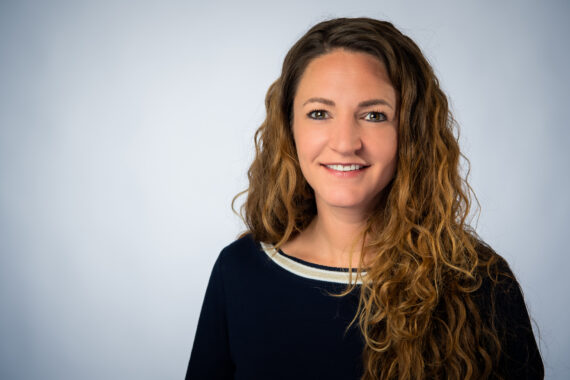