We caught up with Daniel Goroshko, Head of Acquisitions and CEO of A-One Films, to discuss the Arthouse movie market in Russia and how distributing movies gets even more unpredictable with the need of the ministry of culture’s authorisation. After the lockdown, cinemas reopened in August and September, little by little. But now, the lack of financial support from the government, the disrupted schedule of US releases, and the possibility of a second wave makes it still harder to plan ahead.

How would you describe A-One films’ line-up?

I established the company twelve years ago in Saint Petersburg. We started with hardcore arthouse movies, like Pedro Costa’s films, with just a few prints. Since then, the company grew: we work with director driven projects and release ten to twelve films a year with 100-150 prints.

Our editorial line is divided into two parts. The first part distributes movies by established directors, such as Lars von Trier, François Ozon, or Jim Jarmush. The second part focuses on American Indie for young audience (16-25 years old), and we work a lot with the American distributor A24, who often has a similar line-up.

Can you tell us about your local market and its challenges?

Distribution in general is a challenge. We mainly pre-buy, it’s very rare for us to buy finished films. So it’s basically a gamble: you bet on a script, an idea or a synopsis.

Another challenge is our governmental policy: you never know what will be allowed and what won’t. If it’s animation for kids, with no touchy subjects, you have almost zero risk. The risk increases when it’s something explicit, with sex, violence, strong LGBT elements or political elements. But anyway there’s always a risk.

Last year we were releasing François Ozon’s By the grace of God, but we were not allowed to release it on the eastern holidays. It was never a marketing idea to release the film at that specific time; it was just a good date. But we got rejection from the Ministry of Culture just the day before the release, telling us to postpone for a few days because it dealt with a very touchy subject for people. You can imagine: we spent P&A (= the release budget), we paid MGs (= the acquisition costs), the campaign was launched, and then we had to delay it for four days. Of course, it affected the box-office.

How is the arthouse cinema market in Russia?

We have a pretty solid base of people who are really into those movies. Ten years ago you couldn’t imagine releasing a Jim Jarmush film with 250 prints in Russia; it would have been 5 prints max. Now it’s not perceived as arthouse anymore, it’s cool cinema for a younger audience, getting mainstream, open to a wider and wider audience. Partly because of TV series: it’s normal now for stories to have weird main characters, and people are getting used to see alternative approaches to filmmaking.

What was your most successful release?

The Great Beauty, by Paolo Sorrentino, which we released in 2013 with 50 prints, was a huge success. The numbers got crazy and it stayed in the cinemas for many months. Since then, we release all Sorrentino’s films. Youth was very successful too, but it was predictable.

Another very successful project was The house that Jack built, by Lars von Trier. Russia was one of the best box-office results in the world, with 280.000 admissions. We were super happy about it because we started to work with the film very early, we marketed properly, we joined efforts with another distributor (Russian World Vision), and, of course, Lars von Trier is a big name in Russia, so we were expecting good results, but it got even better than expected!

I like unexpected results a lot. When you release a film and suddenly it goes big, like it happened with The Great Beauty, that’s the biggest satisfaction a distributor could get. For this latter, the campaign was not huge: we put a lot of our forces on social medias and did a couple of special screenings with guests, and the film worked itself. If we were doing it now, we would do it differently, we have had more experience. Recently, with Mid90s, by Jonah Hill, for example, we had a different approach. We collaborated with a street wear brand and a skateboard brand, with some hip-hop parties, we had nice premieres, we put a lot of efforts, time and money in the campaign and it paid back.

What’s the income split between the different revenue streams?

How did the Covid situation impact the split and your distribution work?

Sometimes it makes sense to do things differently, and with the pandemic situation, theatrical got shaky. When cinemas opened in August in Moscow, we did ten or fifteen special screenings and than launched the film on SVOD. The ratio was different: maybe 20% for theatrical and the rest was SVOD. The platforms started then to be a bit more aggressive and hungry for films. If you do great campaigns for your special screenings, they can give significant MGs for films you have.

But now, since all the US indie films are being postponed, we mainly focus on European releases. Before, we were planning a year ahead. Now it’s more realistic to think about the next three months and just wait and see what the situation is.

How was it to release a movie during the reopening of the cinemas?

Cinemas closed down in March in Russia, and then re-opened in Moscow and some other regions on the 1st of august, but only on the 20th of September in Saint Petersburg. It was not a national opening, it happened region by region, and we started to release films in a few cities in August. Our first proper countrywide release happened in October: it was Summer of 85, by François Ozon. The result was not a flop, and we are still happy, but we feel people are afraid to go to cinemas, and those are at reduced capacity (one seat out of two). Films we work with are less affected than the family movies because our audience is pretty young and cares less, they are not as afraid as the older audience is.

What can you expect with today’s situation in Russia?

It doesn’t look like they are going to close the cinemas in Russia. They may reduce the capacity, but there is no such panic as there was in March, and they are afraid the economy collapses with another lockdown, so I don’t think they will close. But you never know, it changes so quickly it’s impossible to make predictions. Maybe we will have a curfew in late November like in some European countries.

What kind of help would the distributors need in this situation?

We need financial support from the government; at least a credit line from the state bank with a 0% interest. Today we have zero support in Russia. Distribution companies are not considered like they’re affected by the pandemic. The government made a list of parts of the economy that is affected, and if you’re in it, you can ask for a credit line with 0% interest to pay salaries. Producers and exhibitors can apply for those kinds of credits, but not us. So basically, we need money. We can survive, we can have deals with SVOD and theatrical releases are not that bad… But it’s very very shaky.

What movies do you plan on releasing next?

Our next release is Mogul Mowgli, by Bassam Tariq, then Lux Æterna, by Gaspard Noé and DNA, by Maïwenn, in December. If the cinemas are open, we go wide: we plan on 200 screens for Gaspard Noé, because his films have a big potential in Russia. We plan to go theatrical for the next three months, but if the second wave hits the country and closes the cinemas, we might go to SVOD.

How did you come to be a film distributor?

I became a distributor, or curator, thanks to my parents because they were always showing me good films. In the Soviet Union, in Saint Petersburg, we only had one cinema showing arthouse movies, European and American, and as a teenager, I would go with my father to see early films by Lars von Trier, Werner Herzog, or Jim Jarmush. To me, they were the biggest stars, and I couldn’t have imagined I would work with their movies one day. 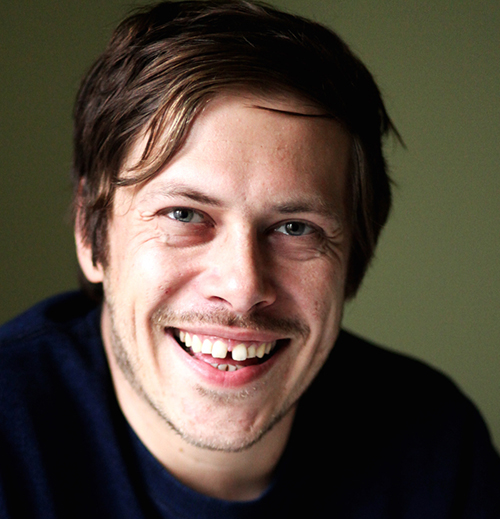