We sat down with Eric Lagesse, CEO of Pyramide Distribution, to discuss the secrets behind France’s “very creative, vivid and risky” film scene. During the pandemic, the collaboration between independent distributors and the CNC has been crucial in terms of adopting different measures to sustain the market. However, the considerable drop in cinema attendance might compromise the funding available for the sector in the upcoming months.

Pyramide Distribution has always been active on two sides: international sales and French distribution. On the French distribution side, we focus on arthouse films, working with authors like Aki Kaurismäki, Claire Denis, Fatih Akın, Céline Sciamma or Emmanuel Mouret, with whom we had a big success last year with Love Affair(s) (2020). We also work with Philippe Faucon, Andrey Zviaguintsev, Lucia Puenzo, Danielle Arbid and many others in terms of international sales. We try to follow directors we love collaborating with, and we are very faithful to them. Furthermore, we are also very focused on first-time directors. Out of the 15-17 films that we release every year, we always have at least 5-6 first features. In terms of language, I would say 60-65% of our titles are French-speaking, although many foreign-language films can also be French co-productions.

Some people describe the French market as a “paradise” for film distribution. What would you say are the main particularities?

We have a system which works very well. The funding we get from the CNC (Centre national du cinéma et de l’image animée), which is a public institution, comes from the tickets sold in theatres. It is a close circuit, so French citizens cannot say they pay taxes for French films. Just by going to the theatre, there is a small percentage of the ticket that goes to the CNC to support French productions. Even if you go to watch a James Bond film, there is still a part that goes to the CNC to maintain the French industry. Those funds are later dispatched to exhibitors, producers and distributors. This really helps the production of national films and also allows theatres and distributors to keep taking risks. It is an incredible system that I still don’t understand why other countries don’t emulate. I think that’s the secret for our very creative, vivid and risky film scene.

Apart from that, we have many theatres in France, so you can release films widely. I think that almost everybody in the country has a cinema nearby, whether it is a multiplex or an arthouse theatre. We also have a strict media chronology that respects all windows, starting from theatrical. Another specific aspect of the French market is that all TV channels have to invest a part of their revenues in national productions. And there is a clause of diversity, so they cannot finance only 10 big titles, they have to spread the money. This is another reason behind the strength of French cinema.

What about the particular challenges of the market?

When you have that many films being produced and released, the competition becomes very tough. Even though we have many screens, some weeks we have 15 new films coming to the theatres, and some of them fade rather quickly to leave space for new titles. At the same time, releasing a film in France is very expensive. For a company of our size, a small release means 30-40 copies. An average would be approximately 80, and a big release can go up to 300 prints. It’s very difficult for us to release a film with less than 120k euros of investment: you need a poster, trailer, copies, partnerships, … When you establish a partnership with a newspaper or a radio station (except Radio France, which is free), you invest in advertising, but you can focus on the specific target audience you want to reach.

How do you see your job as a film distributor? What do you think is the added value it brings to the market?

I’m actually co-president of a union called DIRE (Distributeurs Indépendants Réunis Européens), which groups 16 independent distributors. When I talk to my competitors and colleagues, I have the feeling that we are all encouraged by a real passion and motivation to find great films and bring them to the audience.

On a more practical level, a huge part of my job is to read scripts from French producers who need a distributor before knocking at the door of other investors. Very few national films are made without distributors. And this is another risk for us, because we have to pick films at the script stage. The other big part of our job is the marketing. We try to make the best trailer, poster and promotional campaign to convey our love for the films and convince people to go watch them.

What has been the most successful or special promotion campaign for a European film that you had so far? What was the secret ingredient?

It is always easier to build a great campaign with a great film. I’m much more inspired when I have a great product in my hands. I can give you two examples: one was Loveless (2017) by Andrey Zvyagintsev, which I’m very proud of. First, because of the title. It was not an easy one to adapt. You cannot bring French people to the theatres with a title like “Sans amour”. We came up with “Faute d’amour”, which has a double sense: there is a lack of love, but also a mistake, so it really connects with the story. Moreover, when I saw the film for the first time, I instantly noticed a beautiful frame that could work for the poster. Finally, the trailer we made was a real masterpiece. When you have this combination of elements, I feel nothing can go wrong. Eventually, the film made around 230k admissions, which is fantastic for that kind of title. I’m also very happy with my campaign for the Berlinale winner There is no Evil (Mohammad Rasoulof, 2020), which we couldn’t release yet. I’m very proud of the promotional materials, and I have the feeling it is going to work very well if the situation allows it.

What is usually the split of income between the different windows?

It is very difficult to say because it depends on the number of admissions you make theatrically. This can lead you to sell the film to TV and make more income from VOD and DVD. Also, because of everything I told you about the obligation of TVs to invest in national productions, many films are co-produced by TV channels, so we don’t have all rights. For French films, I would say 70% of the income comes from theatres and 30% from DVD and VOD. As for foreign films when we have all rights, the split would be 40% for theatrical, 40% for TV and 20% for DVD and VOD.

When it comes to the Covid-19 pandemic, were there any kind of specific Covid-recovery measures related to film distribution put in place to help you mitigate the effect of the crisis on your businesses?

All French companies could temporarily lay off their employees, and the government covered up to 84% of their salaries. They also unlocked a significant amount of money for culture, and part of that went to the CNC. One of the measures they implemented after the first lockdown was to increase the percentage of the “fonds de soutien” (“fund of support”). Every time you release a French film, each ticket you sell gives you a bit of money which is saved in your “account” on the CNC. This is called “fonds de soutien”, and you can use it afterwards to release or buy a French film (or a co-production considered as French by the CNC). The rule is not to exceed 50% of public funding. It is a very useful system because you don’t have to invest all your own cash flow, so it is less risky. These funds have been increased considerably for all the French films released last summer. It was an incentive to push distributors to release their titles, because theatres needed content after the reopening. They were actually very scared that nobody would dare to release films, so this was a good decision which definitely helped to save last summer.

What about the second lockdown and the films that were supposed to be released during this time?

In October, there was a curfew at 9 pm. This made it impossible to have an 8 pm screening, which is a big loss for us. There was some money unlocked for distributors releasing films during the curfew to compensate for this missing screening, which represents approx. 40 to 50% of the receipt of the day. This measure didn’t last long, because the second lockdown came and many films were shut down. For this, the CNC has put in place a new model, and we will be reimbursed part of the release costs which cannot be recoverable. For example, we were about to release The Singing Club (Peter Cattaneo, 2019) right before the lockdown, so we had posters all over Paris and had spent a lot of money already before making the sad but wise decision to go directly to TV.

How do you see the future of independent film distribution?

Life is really tough at the moment for all independent distributors, but I have to be optimistic. The first lockdown showed that people need films, they love to go to the cinema, and I think they will go back. I’m more concerned about the situation with American studios. If they finally decide that the right model for the future is to go straight on their platforms… I’m not sure how cinemas will survive. France has usually 200 million admissions every year. In 2020, we made less than 70 million, and we know a big part of that was lost because of the American blockbusters. The big problem today is how the government is going to arrange with the CNC. As you can imagine, their budget is based on admissions, so when you have a lack of 130 million tickets… If the government doesn’t pay the check, it is going to be extremely difficult for everybody and might ruin a wonderful system. 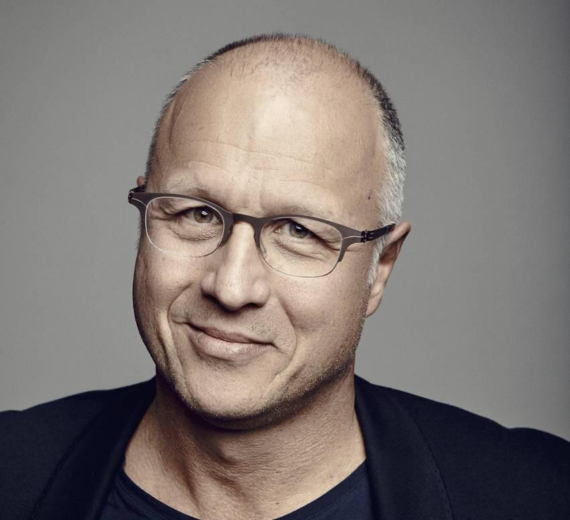