We caught up with Florent Bugeau, Head of Sales and Acquisitions of Rezo Films, to talk about the particular traits and challenges of the French market. Cinemas have reopened in the country on 19 May, but independent distributors are concerned about the high number of films that have been piling up during the lockdown, most of which will have a hard time finding a place in theatres.

Could you walk us through your company’s line-up and strategy for acquisitions?

Rezo Films has always worked with young talents, both French and international. We released the first features by authors such as Xavier Dolan, Abdellatif Kechiche or Albert Dupontel, among the most renowned. French films represent the main share of our catalogue, and we always buy these on script, but during the last ten years we have also acquired many international and European titles within the arthouse segment. We release about 12 films every year, and we are also involved in the production of French films, and soon TV series. We used to do international sales, but we closed that branch a few years ago.

What is your view on the particularities and challenges of the French market for independent film distribution?

As some of my colleagues have already explained in previous interviews published on Cineuropa and Europa Distribution’s blog, we are very lucky. The French market is the biggest in Europe in terms of admissions, number of screens, diversity, … We cannot complain. We have a very virtuous system that supports the creation and distribution of films. Likewise, there are about 2,000 theatres across France, and half of them are classified as arthouse, which means our films could potentially go out on a huge number of screens.

On the other hand, the competition is very strong. There are many independent distributors working in the territory, and we all look for the same films. If you go to a market in Berlin or Toronto, when you enter a screening room, half of the audience can be French. There is also big competition in theatres every week, with 15-16 new releases. It is very challenging to promote our titles, and we have to spend a lot of money, which means bigger risks for us. The lifetime of a film is much shorter now. Sometimes you release a title and one week later it loses 70% of the screens. It can be really violent.

What do you think is your role as an independent distributor? What is the added value you bring to the market?

I’ll give you an example: In 2019, there were around 740 films released in France. Out of those titles, 140 made 80% of the admissions, and the other 600 made only 20% of the share. It is more and more concentrated. We have to fight for independent films to access theatres and find enough screens. We try to work early on our titles, mainly with exhibitors, building mutual trust and finding new ways to engage with the audience. We send them a lot of promotional materials, like short videos to use on their website or even on the big screen. Moreover, I am convinced that organizing events around a film — such as a debate with the director or some expert on the topic— remains the best way to attract the audience. I have to say that, even though most of our admissions come from Paris, we also work a lot with small towns in France, because those are the ones that make the difference in the long run.

On top of that, we are also the first step to finance a film in France. It is nearly impossible to produce a film without a distributor. However, we are a lot more careful now than some years ago because the market is tougher.

Can you share with us a specific example of a European film that worked particularly well for you? What was your marketing approach?

One of the titles that comes to mind is I Lost My Body (Jérémy Clapin, 2019), the animated adult film. When the producer first came to us, with just a hand drawing and a script, it was a real challenge. We don’t do much animation, and there was no TV or other financing involved in the project. Finally, we decided to get on board, and 6 years later the film was in Cannes’ Critics’ Week, where it became a real event. It was a difficult release, though, because many people weren’t sure about its theatrical potential. We worked a lot with the press during the campaign: reviews were amazing, and we built our communication around all the awards the film received until its Oscar nomination! It was the only way to convince people to come and watch a French animated adult film. All exhibitors in France, both commercial and arthouse, supported the title, but they were a bit scared about the booking, so we had to fight for it. In the end, it made 200k admissions.

What is usually the split of income for your films in terms of the different windows?

The results of TV and VOD are always linked to the theatrical admissions. It changes a lot, but we could say that theatres represent around 65% of the revenue, 15% for TV and the remaining 20% for DVD and VOD. The VOD market is growing, but it really depends on the type of film. Things are changing in terms of windows, and we will have to adapt, but right now, it is clear that theatres are the only way for us to make a profit.

What is your opinion on the different measures adopted by the government to support the market during the pandemic?

All the support schemes were essential and helped to save many films, although we didn’t benefit that much from some of them because we didn’t have any titles released at the end of the year, so we couldn’t apply for the reimbursement of the P&A costs. However, the most important thing now is to help companies to stay alive after the pandemic. The situation will turn very violent when cinemas reopen because everyone has a pile of titles ready to be released, and most of them will be “sacrificed” in the market. Admissions and revenues will go down, and next year will be very risky.

In the weeks before the announcement, there were discussions concerning the possibility of a gradual reopening. What is the situation at the moment?

For the first time ever, France’s anti-trust board authorized companies to cooperate and discuss how to reopen in the safest way, but major companies preferred not to be part of it. Our main challenge is not in terms of the calendar —it is impossible to “softly spread out” more than 400 films in a few months! —, but to alert the public authorities. If in the next few months, we find it impossible to release our titles due to a lack of screens, the CNC and the médiateur du cinéma (cinema’s mediator) will have to intervene and make sure independents have some space in theatres. CNC knows diversity is essential, the system relies on it, so we have to stand for it more than ever. This is our real fight. Major companies have no interest at all in these discussions because they have nothing to win. It is not a balanced situation.

Do you have many films waiting to be released?

We have 7 titles to release in the upcoming months, but other companies have more than 15, which means there will be a war for booking. We are facing something that we had never experienced before. It is an unknown world, and we don’t know what will be the outcome. Maybe things will change. Maybe big exhibitors will suffer a lot, as the majors have realized they could release their films in platforms and cinemas simultaneously with good results. We cannot yet evaluate all the changes that will come. It is pretty exciting and scary at the same time.

How did you start working in film distribution, and how do you see the future?

As for the future, I’m pretty optimistic and motivated because I have some good films ready for the audience. But the main challenge is to decide when will be the best time to release them. In any case, I think people will get back to the theatres —although admissions were behind all hopes for the reopening—. We will have to adapt our strategy for acquisitions, but we need to keep our space and continue supplying the market with arthouse films. I think this is the biggest challenge for independent distributors, and this is the reason for our job. We have to keep on finding new films, new voices, new approaches. Independent distributors have to protect their identity and their role in the industry. 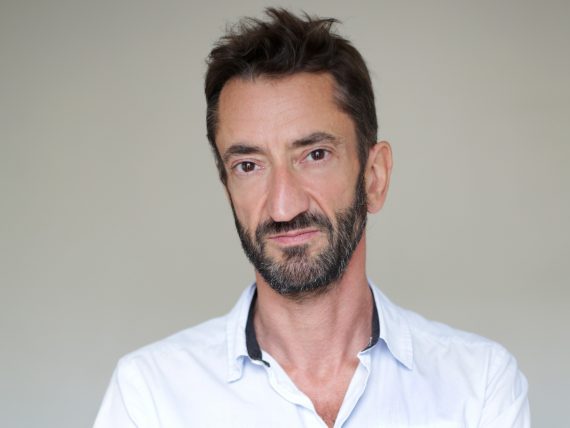