Gábor Böszörményi, CEO of Mozinet talks about distributing independent European films in Hungary, describes his tasks and ideals as a publisher and the campaigns he sets up to reach the public and get his films known. Having worked for over twenty years in Hungary’s film industry, he speaks about the difficulties and successes of the past ten years, his need for independence and the uncertainties of the current situation.

We started distributing films fifteen years ago; we aim at top-level festival movies. We distribute fifteen films a year, half of it European, a few international films and two or three Hungarian films. National movies need more energy and time to be released than foreign films because we have to produce the trailer and the poster together with the producers and we have to brand the movies ourselves. We also have our own festival, the Mozinet Film Days.

Can you describe for us the specificities of the Hungarian film market?

The market is Hollywood-driven in terms of box-office (90% of the market share). The Hungarian movies usually represent around 5% of the market share, then there are the French films (3%), and finally the other European and international films. Besides that, we have plenty of arthouse cinemas where films can be screened, but in general 5.000 admissions already means success for an arthouse title.

How would you describe your work as a distributor?

Usually, we consider ourselves as curators. When working on a foreign film, we are like divers who go into the sea, search for pearls to take them to the Hungarian public. When working on a Hungarian film it’s different, as we are the first to talk about the movies, we start the promotion before the international premiere, we write the synopsis, we select the stills: the responsibility is bigger of course. How to brand these films? What are the most important things that we would like to communicate about? What picture do we want the public to remember? For that part we are not distributors but publishers: we select the projects from the bunch of movies that the Hungarian producers present to us, and we work on building the film’s reputation before the release.

Of course, a big part of our work is the promotion, the marketing. We get articles published on the movies and the topics they deal with, organise pre-screenings to start the PR and word-of-mouth before the release: without these, the films don’t take off. And we are “distributors” as well, in the sense that we get the movies onto as many screens as possible.

What is your daily work as a publisher like and how should it be in your view?

What I do like is that we try to approach differently every film. We always need to come up with new ideas: what’s special about the film? What’s its topic? What can we communicate about? It shouldn’t be a routine. Ideally, I would like to just focus on the films and think about how it’s possible to change society a bit with our films, how to get people to think about some important issues, or how to make them feel for other people and increase their empathy. That’s what’s important. But of course, most of my work is with contracts and data. Not surprisingly, I don’t like the paperwork. I am always dealing with high-pressure deadlines and we don’t have enough money to hire people to do all that. It’s part of the package.

What was your most successful campaign?

Our biggest result was with Son of Saul (László Nemes, 2015). When we started to work on the film before it was finished, we thought it would be a hardcore arthouse movie and we aimed for 10.000 admissions. When we saw it, and it went to Cannes, we still didn’t know it would be such a success. We came up with the idea of pre-screenings, to give the impression it is hard to get tickets to this movie. We had several screenings in the pipeline, but we always only communicated about one at the same time, so a big crowd wanted to buy tickets for the same screening, and a lot of people didn’t get in. Tickets were sold out in a few hours for the first few screenings, weeks before they were held. A hype started that Son of Saul is not only a critical success, but it will be a commercial one too. The biggest TV channels announced it was impossible to buy tickets for this movie because it was already a huge success. We had only sold 3.000 tickets at that time… Months later, some people still thought it was impossible to buy tickets. Eventually, it made 270.000 admissions in Hungary.

Another campaign I’m proud of was made for System Crasher (Nora Fingscheidt, 2019), a German film that sold 6.000 tickets. It’s about a nine-year-old girl that is very aggressive and frightening to her foster parents. As a viewer, you understand she just wants to be loved but you walk on a very thin line, shifting from « she is so cute » to « she is frightening ». It’s a taboo in Hungary: nobody speaks about being afraid of your own child like that. So we did a call for testimonies a few months before the release, we asked for stories from people who had a similar experience. And we started to work with NGOs to show the audience how hard it is for social workers and the children. The press went crazy about this call and people started to talk about the movie and the topic. There were radio programmes about this, a lot of websites wrote about the movie, websites that usually don’t care about German arthouse movies. To be honest, nobody ever sent us any story. But the campaign took off, and we felt something changed in society: the perception about this topic evolved. It was a marvellous feeling, even if the number of admissions was not something fantastic, only double of the films that we took as benchmarks for ourselves.

What is the repartition of income between each support for your films?

Theatrical is our starting point and that’s where most of the money is coming from. After a flop in the cinemas, it’s very hard for us to recoup. Four months later we have the VOD release. There are two big IPTV platforms in Hungary, to whom we sell our films, Telekom and Vodafone, and a TVOD/SVOD website for art house films, Cinego. We usually sell our Hungarian films to HBO and Netflix afterwards, a year after theatrical release. We stopped releasing DVDs two years ago. It changes a lot from a film to another. For a European arthouse movie, theatrical is usually 80% of our income. Some films we can sell to FreeTV, but it’s very hard to predict which films they will buy.

Now we are working on a Hungarian film called Preparations to Be Together for an Unknown Period of Time (Lili Horvát, 2020) released in September, it had 20.000 admissions (a very nice number as people don’t go to the cinemas so much because of the pandemic), now we are organising online screenings. That’s exciting again; it’s not like selling the film to a platform, we see the number of people buying tickets changing every day. How many online screenings are we going to organise? What’s going to be the next step? That’s like a normal distribution job.

Was there any recovery measure put in place to help distributors in Hungary in regard to the pandemic?

So far, we received 3.000 euros and that was the maximum a distributor could get in Hungary. There is support from the state on the wages, but it’s not such a big help for an independent distributor in Hungary, as we usually work with freelancers, the wages don’t make up to a big portion of our monthly expenses.

What’s the strategy for the next months for European film distribution?

The cinemas are closed for at least two months since the 10th of November. Mainly what we do is cutting the expenses… This year we only bought films with a very low MG and even then, without the MEDIA subsidy, we would lose money on these films.

For the time being, we focus on the digital distribution of our previous movies, for some films, we are shortening the windows and we are releasing films on VOD in December that came out in the cinemas in September.

However, cinema is our core business, we won’t skip the theatrical release. For next year we have eight movies that we screened during our festival, the Mozinet Film Days. Two of them have selective support from MEDIA programme: Charlatan (Agnieszka Holland, 2020) and Nowhere Special (Uberto Pasolini, 2020). For these two it’s easier. MEDIA will cover 50% of the P&A but I am not sure the other 50% is going to be recouped from the admissions made in the cinemas. They could get some support from the Hungarian cultural found (we are waiting for the results). But we are postponing the releases of course.

Mozinet started when I was eighteen, in 1998. I was a university student and wrote film reviews for a website that was founded by Bálint Szalóky, who was still in high school then. We have been working together ever since. In 1998 an amateur website had different standards than what you would expect now, of course, new content was published every month, for example. The website grew and we started publishing a film magazine in 2004, we started a TV-show, operated two arthouse cinemas and tried to get involved in as many different fields of the cinema as possible. In the beginning, it was a hobby for us, but it became serious, a real career opportunity: it was amazing to do something that we love and make a living of it.

In 2006 we started releasing films. But in 2010, with the change of the government and the recession getting deeper, Hungary simply stopped supporting the film culture for a while and we almost went bankrupt. We had to close our cinema, our arthouse magazine and had to send away most of the crew that gathered around us. Then we rebuilt the company focusing only on film distribution. We wanted to be as independent as possible of Hungary funds, so we chose to work on European films, where we could get subsidies. After a few years, the Hungarian subsidies restarted, we have good cooperation now with the National Film Institute that supports both the production and the release of the national movies here, and also with the National Cultural Fund, which supports most of our foreign releases. And after some successes, we were able to go for films without subsidy and take more risk… except for this year. 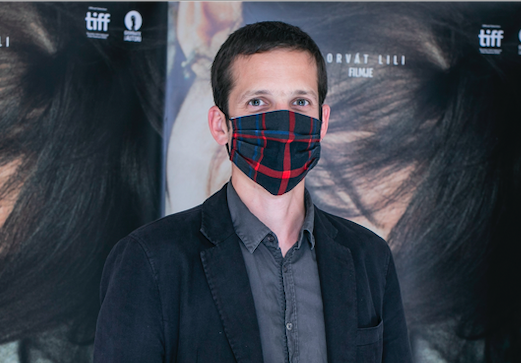