Holger Recktenwald, CEO of Cologne-based outfit mindjazz pictures, discusses the particularities of releasing independent arthouse documentaries in Germany. One of the main challenges when working with such a specific line-up is to reach the potential audience for these titles, making it crucial to build relationships with different players and organisations. When looking at the impact of the Covid-19 pandemic and the future of the market, Recktenwald highlights the importance of exploring more cooperative business models.

mindjazz pictures has a very particular line-up. Could you explain your editorial policy and your strategy for acquisitions?

We basically distribute documentary films focusing on social, philosophical, political, gender and spiritual issues, as well as features dealing with sustainable cultures and lifestyles. We have a special slogan in our company: “Jazz up your mind!”, which pretty much sums up our editorial policy. Our aim is to find films that can stimulate people’s minds, presenting a different point of view on a topic. I would say 30% of our line-up is made of German titles, another 30% are European productions and the remaining ones come from all over the world. As for our scope, we release our titles in German-speaking territories and sometimes collaborate with other companies in Austria and Switzerland. We have been involved in the co-production of a couple of German films and we also handle some world sales.

With such a specific line-up, is it difficult to find screens for your titles? What are the main challenges of the German market?

Actually, we have a very good relationship with our usual network of cinemas, because they know we work a lot on our films. The biggest problem is actually to finance the promotional campaigns and to bring people to the cinemas. That’s why we have a strong focus on target group marketing. We don’t have a lot of money for the campaigns, so we have to address the audience directly. We focus on building relationships with different organisations which can help us reach more people. Finding cooperation partners is actually the core of our promotional activities, that we develop mainly on social media.

Overall, I would say the German market is quite diverse regarding the distribution landscape. Of course, there is a big difference between the commercial companies and the arthouse distributors, but there is still a big market for small and midsize independent companies. It is also worth mentioning that Germany has a federal system where every region presents many possibilities. It’s not all concentrated in the capital, like in other big European countries, so that is also an advantage.

How do you conceive your work as a film publisher?

We are building bridges between the films and the audience. We select titles with special topics and through them, we manage to reach people who have never been to the cinema before. We believe it is really important that people experience emotion in the cinema, so they can later spread the word. We want to offer them something that they can’t get at home. That’s our goal.

Apart from theatrical distribution, what other windows do you usually exploit? What is the repartition of income between all of them?

We surf all platforms and possibilities, but our strategy always starts with cinemas. It is impossible to give you a clear answer because it really depends on each title. Sometimes we have films that work primarily in cinemas because they are targeted at an older audience who is not so keen on consuming content online. In those cases, up to 70-80% of our income would come from cinemas and only a small amount from other windows. In other cases, it is really difficult to bring people to the cinemas to watch certain films and we only make 20-30% of our revenue theatrically, so that we try to release them earlier on other platforms. However, we always discuss with cinema operators and producers how we can convince younger audiences about the added value of watching films in the cinema.

As for the other windows: There are very few slots for documentaries on German TV, especially for our kind of films, so this is not a relevant market for us. However, some documentaries with special target groups still work very well with DVD. In Germany, there is still a market for physical home entertainment, even though it is getting smaller every year. Nowadays, VOD sales are growing and compensate a little bit the decrease of DVD.

What has been your most successful campaign for a European film and what was special about it?

A few years ago, we released an Icelandic documentary called Innsaei (Hrund Gunnsteinsdottir & Kristín Ólafsdóttir, 2016), which deals with the special topic of intuition. It is a story about self-questioning, science, nature and creativity, and it was very successful because it managed to touch a lot of people. It’s a film directed by women and the main target group were also women. We got a big response from the audience because the film encouraged a lot of people. Usually, we organise special screenings for every movie and try to invite the director or special guests for a theatrical tour. In this case, we had a lot of special events, the social media campaign worked really well and we generated more than 25.000 admissions. It is also very important to work with the press, and for Innsaei we managed to have a lot of interviews with the directors. We also organised some events in collaboration with the Icelandic embassy, with live music performances and national beverages.

What is the situation in Germany after the second lockdown and how does it affect your calendar of releases?

Cinemas are closed all over Germany, and they won’t open until next year. This affects our calendar heavily, because we had scheduled 3-4 titles between October and December, and we had to postpone everything, even though we had already spent a lot of money on the marketing campaigns. With some titles, we might go to our own “Solidarity Cinema VOD Channel”, meaning that people can watch them on our Vimeo platform and then we share the revenue with the cinemas. However, for most of them, we still plan to make a real theatrical release next year.

Meanwhile, did you receive any specific state support during the pandemic?

There were some general measures available for all companies in Germany, such as short-time work compensations for employees. There was also some special help for cinemas and production companies, but no specific support for distributors. We are in discussions right now to get some additional help, because the government launched a new scheme, but it is absolutely unrealistic if we have to prove that we generated 80% of our turnover in cinemas. Right now, the best for us would be to receive some compensation based on the admissions from previous years. Unfortunately, at the moment we still don’t know anything. Currently, we need help based on the real work of film distributors, which is not so easily transferred to that of the overall economy. On a European level, we did not receive any MEDIA support for distribution.

Why did you start working in film distribution and what do you expect from the future?

My love for documentaries brought me to this business. It is a great pleasure to bring good films to the audience, to wait for their reactions and listen to them discussing the titles. It is really important for our society that people come together to exchange different points of view.

Here in Cologne, we are optimistic by nature. I hope that once the pandemic is under control, we can rethink the situation and find new ways for the future. We have to discuss the situation of the film market with the whole industry chain and focus on more cooperative business models. In Germany, as in many countries, the society is more and more divided into different “echo chambers”, and I think it is important that we get closer, also in the film industry. 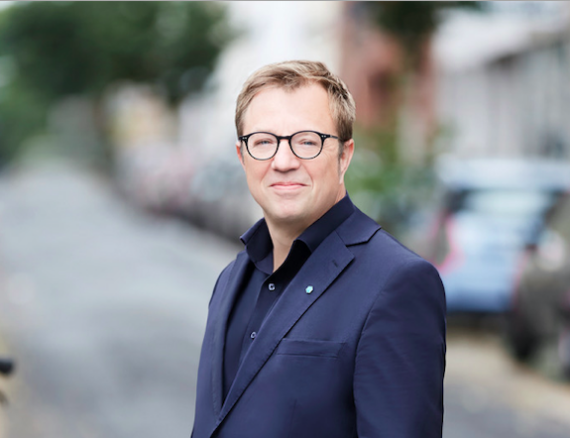