We caught up with Ignacio Segura, General Manager of DeAPlaneta, who opened up about their editorial policy, the particular traits of the Spanish market for independent distribution and the difficulties undergone by the sector during the global health crisis. Since the outbreak of the Covid-19 pandemic, most of the films released in Spain were launched by independent distributors. However, there was almost no specific support for their work, enhancing an already existing deficit.

How did the company come about? How would you describe your editorial policy?

DeAPlaneta was founded in 1999, as a result of the union between Grupo Planeta and the Italian outfit DeAgostini. From the very beginning, the aim was to become a leading distributor in the independent sector. As you can see in our catalogue, throughout the years we have released titles of great quality, but also with a high commercial value. We focus on films that are suitable both for cinema and free-TV, which are our main targets. One example could be The King’s Speech (Tom Hooper, 2010), an awarded film with a great cast and director. At the same time, we have also acquired titles like Saw, which is not so much an author work but clearly a very commercial franchise. I would say 40% of our catalogue is European cinema, mostly British and French. Apart from distribution, we are also active in the field of production, both for cinema and TV series.

What can you tell us about the market of independent distribution in Spain? What are the main particularities and challenges?

I think we are overcoming one of the traditional deficits of the Spanish market regarding the appreciation of national cinema. Each year, we find more local productions at the top of the box office, competing with Hollywood blockbusters. It was something normal in markets like the French, but we used to be way behind in this sense. Fortunately, I think we are gaining ground. The fact that most of these titles are not distributed by independents is a different discussion…

Likewise, I also think the importance of European cinema has increased in recent years. The majors still hold 80% of the box office in Spain, but there has been a new wave of European productions, especially French, that had quite an impact on our market. In this regard, I think we are going in the right direction.

How do you see your work as an independent distributor? How do you think it benefits the market?

To be honest, I think we add quite a lot. Some of my colleagues work with very niche arthouse cinema that would never be produced or distributed by the big studios. This type of products would never be released in cinemas if it weren’t for independent distributors. On the other hand, those of us who work with more commercial and crossover titles still go out of the mainstream franchises. If it was up to the majors, we would all be doing Spider-Man. Without independent distribution, truly risky and innovative cinema would never reach the screens.

Another contribution we make is the adaptation of the campaigns for the local market. This allows us to be more creative when it comes to the promotion, and to better reach the Spanish audience.

In this sense, do you remember any specific campaign for a European title that was particularly successful for you? What was your approach?

The King’s Speech was tremendously successful, especially after the awards season. However, I would mention The Physician (Philipp Stölzl, 2013), the German film based on the novel of the same name by Noah Gordon. We worked a lot in the adaptation for the Spanish market, both in terms of materials and also exploiting the fame of the author, who was very popular in the 80s. Moreover, I think it was a smart move on our side to position it as a Christmas film. I believe it was the European film that better worked for us, apart from British productions and comedies. It was a big box office hit, which made around 7 million euros.

What is usually the repartition of income for your films between the different distribution windows? How is it evolving?

It depends on what you take into account, because we invest most of our budget in the theatrical window. If we split it proportionally, it would be roughly 35% for cinema, 30% for pay-TV and SVOD, and the rest for free-TV. We still release all of our films on DVD, and we respect the transactional window ― even though platforms skip it sometimes ―, but those represent very little. Pay-TV and SVOD have grown significantly in recent years, whereas TV is more or less stable.

In general, the increasing strength of the platforms has become a problem in terms of acquisitions. They buy for the whole world, meaning they have much more power than any independent distributor. This makes it more difficult to access titles within the independent market, but it has also caused a boost of production that can be beneficial for us. There are many talented people creating content, both in Spain and abroad, and this allows for more product available to bring to the screens.

What has been the effect of the pandemic on your work and your calendar of releases?

It has been a crazy year. Many films could not be released, while others didn’t even finish filming or editing. Besides, every day we had a different scenario. In our case, we decided to prioritise films with potential for TV, as well as those family-oriented, which were clearly working better. It is worth mentioning that 90% of the films that have been released in Spain since March 2020 were launched by independent distributors, because the majors postponed all their titles. Obviously, we had to be very cautious in terms of marketing and investment, which in our case is usually very high. The box office was at 20-30%, but the cost of advertising was the same, which meant we had to be much more careful.

What kind of measures do you think were needed to help distributors during the pandemic?

On a national level, we would have appreciated more support. There were some measures for exhibition and production, but virtually nothing for distribution. This is something that already happens in the general framework of state support, but frankly, I thought it would have been easier to understand our situation during these months. We have people working, we have acquisitions, investments, pending releases… The only support we got was some credit lines and loans, but always with interest. Back in May, there was the annual call from the ICAA (Spanish Film Institue) to support independent distribution, which is always appreciated, but not enough to cover the great investments required for acquisitions and P&A. We presented 5 titles and only 2 of them received support. We also didn’t have much European aid. In this sense, it has been a continuation of an already-existing deficit.

On the other hand, we were expecting more flexibility from exhibitors, in terms of supporting our releases. In fact, I can share a specific example we experienced with the film Below Zero (Lluís Quílez, 2021). We intended to release it in cinemas, but it was a risky decision since the third wave was approaching, so we asked exhibitors to give us some guarantees in terms of keeping the film on their screens, as well to shorten the cinema window, so it could go sooner into other platforms. Unfortunately, there was an unclear and quite confusing response from a large number of exhibitors, which surprised me a lot and gave us no other option than to give the movie back to the producer. It was an excellent film, and we were going to invest a lot of money on publicity. Eventually, the producers went directly to Netflix, where the film became top 1 world-wide… It is a pity, because we are cinema people, and we wanted to release it in theatres, but it was too risky.

How did you start working in film distribution? How do you see the future?

Everyone who starts working in the cinema business has some kind of passion for it. It is something that motivates us. I began in the production and distribution of animated TV series, within the same company, and eventually joined the cinema division.

I’m optimistic about the future. We have to remember that the Spanish box office was in a very good moment. In 2019, we were above 600 million, figures like the ones we had before the financial crisis. I think it will slowly recover. The pandemic has accelerated the implantation of platforms and VOD releases, but I believe there is nothing like the cinema experience. 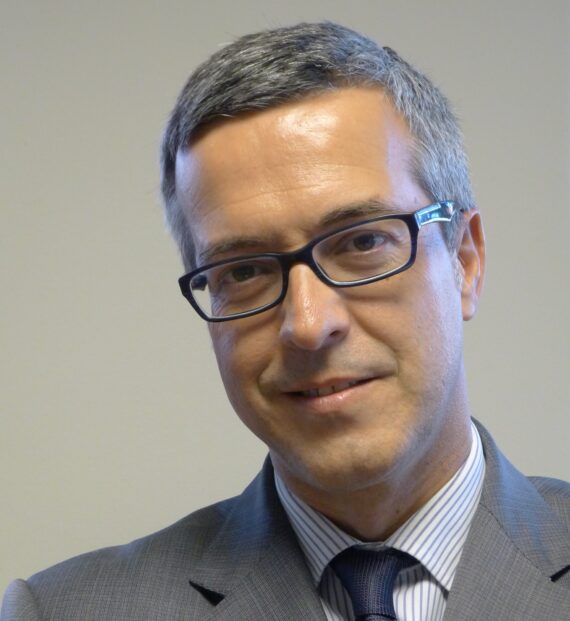