We met with Irini Souganidou and Soli Beraha to talk about the Greek film market, concentrated in two main cities and dominated by multiplexes. They describe for us their most creative campaigns and tell us about the challenges and consequences of the Covid-19 pandemic, since in Greece, until now, there have only been general measures.

We have a portfolio that includes major Hollywood studio movies (we represent Sony and Disney in Greece and Cyprus) and European independent production. We love good films, whether they come from Hollywood or independent studios. We can support the releases of blockbusters and, at the same time, we work on small gems, only screened on one or two screens, from known and unknown directors.

We release around fifty films a year, half American and half independent. The variety of our acquisitions in arthouse movies includes directors like Ken Loach, Stephen Frears, Ruben Ostlund, and of course Yórgos Lánthimos whose Dogtooth (Yórgos Lánthimos, 2005) was the movie with which we started the company.

How is the Greek market and which are its challenges?

There are many multiplexes (70% of the market) but many single screens as well (30%). On the geographical side, Athens accounts for around 60% of the box-office, Thessalonica for around 20% and the remaining 20% comes from varied provincial towns.

There are too many films released in Greece, more than 400 films per year. Usually, with ups and downs, there are 10 million admissions every year. Almost 65% goes to Hollywood studio’s movies and the 35% left goes respectively to American (10%), local (5%) and independent movies (15% for both EU and non-US).

Besides the big number of films released, we face another big challenge: it’s very difficult to keep a movie on-screen for more than two weeks. Exhibitors are very keen to change movies very often, making it hard to get enough decent sustainable booking for those movies that need to stay longer on-screens and grow thanks to word-of-mouth. You need to fight and use all your negotiating power and leverage to make a friendly environment and to keep the film on-screen.

There is another peculiarity in Greece: the open-air cinemas. Greeks love them: you got the stars, the sky, the drinks… There are many of them and people prefer to go there in the summer rather than in multiplexes, even before the Covid-19 pandemic.

How do you see your work as a distributor?

What we actually do is more than distributing. We work to create the best conditions and environment for European movies. It’s a difficult process: nobody does it only for profit. People who are just interested in profit work only with American studio films. In our distribution business, there is no safe bet: it’s always a gamble. We are also involved longer in advance in the creative process, especially for the films we acquire on script-basis and in pre-production, hence it’s a curator’s work. In order to let these movies flourish and blossom, you have to do creative work. And you work on building the film’s reputation long in advance too, so at the end, they can get as much audience as possible when they are finally released.

With a studio movie, the campaign comes to us ready-made and there is no much liberty to create materials so our main input on the marketing side is on securing local promotions and publicity, and on the sales side the right programming and the best bookings. With the independent films, it’s totally different. Sometimes they are films made by completely unknown directors, or it’s a film that you just personally have liked and for some reason, you felt that this is going to be great for your line-up. For those movies, you really work from scratch on all sides, both marketing and sales. And the competition is huge nowadays, so you have to do way more hard work to impose some films in which you believe in. The festivals are a big help but the large audience doesn’t know about them and, locally, all the work has to be done from the beginning.

What was your most successful/creative campaign?

Florence Foster Jenkins (Stephen Frears, 2016) is the story of a very bad singer who thought she was great. We didn’t have enough budget (you never can compare the independent P&A to the studio ones) so we needed a clever way to make the audience know the film. We found two funny, creative, and not costly marketing ideas that were effective and in accord with the spirit of the film.

First, our marketing department made a great social media campaign by sending an old-fashioned vinyl player to various influencers as a present to unwrap on their videos. And through this, people started to talk a lot about the movie.

At the same time, we managed the get in touch with the local and popular TV station that hosts the Greek music competition show (like the X-Factor). We decided to get the Greek jury to audition Meryl Streep as Florence Foster Jenkins and say if she had a good voice or not. So, we used a movie sequence and edited a very funny video with the jury’s reaction to her voice, which gave us very good word-of-mouth and coverage on social media.

What is the repartition of income and how is it evolving?

Theatrical income accounts for 70%. DVD is almost non-existing. After theatrical, the next important income is Pay-TV and Free-TV. VOD is still in a very early step in Greece: Netflix is not interested yet in our movies and some local platforms are being launched but with very small subscription base for the time being.

How did you manage this year, with the Covid-19 pandemic?

Cinemas closed in March, opened during the summer, and stayed open till September, early October. Now they are closed till the end of December, but I don’t think they will be allowed to reopen soon, considering the numbers of contamination. And even if they open, there is no blockbuster film to release, and people are afraid to enter an indoor theatre…

In Greece for 2020, there was a 70% drop of admissions compared to 2019. And that’s thanks to very good numbers in January and February. The open-air cinemas did a limited performance compared to previous years, because there was no big release to attract the audience, not enough content, and only the small independent films were released.

For the time being, the Greek government hasn’t supported the audio-visual sector in particular; we all fell under the general relief measures that apply to all the industries. More specifically, we managed to get some cash loans by applying to the Ministry of Finance, which, based on an algorithm that included a variety of factors (percentage of the turnover drop compared to last year, number of employees, size of company, etc.), granted some cash to enable the severely hit companies to stay alive.

Just recently, the Greek Ministry of Culture announced a programme to support the Greek exhibitors and will grant them a small amount depending on whether they played local films or not. There hasn’t been any programme associated with distributors yet.

Support for the distribution itself is a very necessary programme. At the EU, the commission understands better the work a distributor does, in order to make films travel throughout Europe and promote European films. The MEDIA supports are very helpful and have been an invaluable supporting tool for many years now. In Greece we have the feeling the government cannot really understand the work we do. It’s easy to support the theatres because we all see theatres are empty or closed. But they don’t realise that even if theatres were open, without distributors there would be no films to be screened, hence there wouldn’t be any business going on. So for us it’s very important to pass the message that European distributors also need to be supported during this very difficult period. Our role is vital for the audio-visual sector and one needs to understand that on top of our operating expenses, our business requires a significant upfront financial investment to secure the rights of films (payment of minimum guarantees) and also payment of all the release expenses, hoping that we will be successful and recoup our above investments.

What brought you to film distribution and what makes it special for you?

Soli Beraha: It’s the best job on earth. I got into this industry as a lawyer and advisor on Intellectual Property issues and very quickly I started doing acquisitions. I love reading scripts, I am always thrilled when I get a new one in my hand, always hoping it’s the next big hit. I try to assess scripts and ask myself: can it work for us? We try to find the right film for the right public. I love to see the different reactions people have seeing a movie. And of course, taking risks and running the numbers, which is also part of the job is very challenging but also very exciting.

Irini Souganidou: It’s both a very uplifting and at the same time, a very stressful work, because there is no recipe for a guaranteed success. You can never be sure if the amount of effort and investment you spent will pay back – you may do everything you can and still have a flop. You’re never bored: every film is a new product. You have to invent new ways to market it and re-invent your role and business model constantly. In this business, you meet the most interesting people in the world. For me, what makes it more than just a job, is my belief that we can contribute, even if we are a drop in the ocean, to make the world a better place, by presenting important films that can change people’s hearts and minds. I am proud to be a part of that: our choices can make a difference.

Our industry has suffered very much from this crisis. I am not sure people understand that. Of course, it’s not food, it’s not medicine, but culture is very important to people even if they don’t realise it. I really feel we have been left out. All cultural fields in Greece, directors, composers, actors and musicians, that is, everybody involved with culture is currently in a very difficult situation and everything can collapse if we are not supported. Without culture, people would lose a lot of their everyday life and pleasure. Without films and music and books, I don’t know how people would enjoy life. That’s what keeps people sane and why they are not losing it during these lockdowns and unprecedented crisis. Having to deal with the stress of what’s coming next and the impact on everyone’s income… without culture, it would be unbearable.

Europe and the Governments need to be much more generous and braver to make sure that support is granted to all industry stakeholders (distributors, exhibitors etc.). As distributors, we matter because we are part of the creative process: we inject money for pre-production so the film can be made and once it’s completed, we invest again in order to help them reach the audiences! We need to stay alive and play our role in this circle of life. 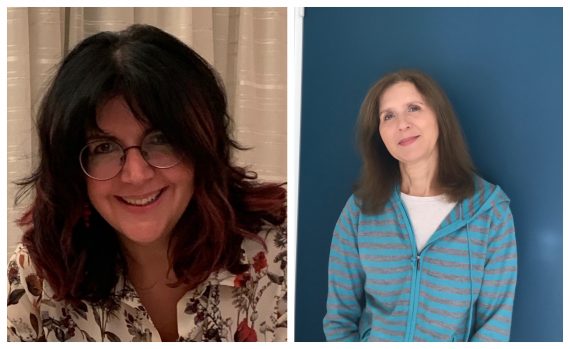