We talked to Jean Labadie, CEO of France’s Le Pacte, about the particular traits that make the French market “the healthiest in Europe” for independent film distribution. Labadie also opened up about the key role of French distributors in the financing of national films, the impact of their media chronology and the recent measures launched by the CNC to support the audio-visual sector.

What are your company’s lines of work and editorial policy?

We work in distribution, international sales and production, but our main job has always been film distribution. We release around 20 films every year, 90% of them acquired based on script. The majority are French films, but we also acquire many European productions and a few English-speaking titles. We have been distributing dramas, comedies, horror films, documentaries… Our editorial policy is more linked to the authors than the genre. We focus on director-driven films, which have the potential of crossover. Some authors we have been following over the years include Nanni Moretti, Arnaud Desplechin, Jim Jarmusch, Ken Loach…

What are the main traits and challenges of the French market?

I would say the French market is by far the healthiest in Europe, in terms of admissions and diversity. There are more than 30 important distributors operating in the country, and 700 titles released every year. We also have a significant number of cinemas across the territory, a lot of them classified as arthouse. A film by Loach or Moretti would usually open in 200 cinemas, but in the end, it would be shown in more than 1,500 different cinemas over a 4-5 months period, because France has a fantastic network of arthouse theatres in small villages. The independent segment represents around 15% of the market, which is not too bad considering the majors work mainly with American blockbusters. Moreover, we might be one of the few countries in Europe where local distributors release national films, at least among the bigger territories. If you look at what’s happening in Italy, Germany or Spain, independent distributors are mostly importing.

Of course, it is also a difficult market. First, because of the high level of competition, and second, because the gap between success and failure is now bigger than ever. The market is very expensive in terms of P&A, so everyone needs one box office hit every year.

How do you see your job as a film distributor? What value do you think it brings to the market?

Basically, you cannot finance a French film if you don’t have a distributor attached to it in advance. We are also one of the few countries where distributors would pay more than 1 million for an arthouse title, so the prices are really high. If you ask sales agents and producers, they would tell you it’s essential to find a distributor in France, because if a film doesn’t work here, it will be very difficult in other countries.

We also build a specific marketing campaign for our audience. For years, it was forbidden to advertise films on French TV. This was an excellent thing, which maybe explains why there are still a lot of distributors working in the market. The fact that our colleagues in Italy, Germany and Spain have to invest in TV campaigns makes the P&A incredibly expensive, almost impossible for some arthouse titles. We have found ways to make films visible by developing efficient marketing tools. This ban on TV advertisement was removed recently, but it is still very difficult to see the results because of the current situation. I guess it will have an impact, but it will take longer than in other places, where it basically killed many independent distributors who couldn’t cope with the amount of investment required for TV.

Can you elaborate on your marketing approach? Do you remember any specific campaign for a European film that worked particularly well?

We work a lot in advance with the press. Once the film is ready, we try to get involved as many target groups as possible. We organize screenings for exhibitors and for the press. We contact schools, unions and other specific groups, depending on the topic of the film. With an arthouse title like Exit Through the Gift Shop (Banksy, 2010), we worked a lot with art magazines and schools, and we organized different events. Of course, whenever we can, we try to invite the cast and director for the screenings. With French films, we really tour the country. Sometimes we visit up to 60 cities with the crew, so we can have a direct contact with the audience.

What is the situation in France at the moment?

Cinemas are closed, and we have no idea when they will reopen again. We haven’t been able to release a film since the end of October, which means that every distributor has a stock of titles piling up. We are worried about all these films. Where will they go? Will they be able to recover the money we already spent? And if not, how are we going to invest in future titles?

What kind of measures were launched by the state to help distributors in these difficult times?

We basically got the same measures as other businesses. In our company, most people are in partial unemployment. That means that the government is paying 84% of their normal wages. We could also apply for a state-guaranteed credit starting at 0.5% interest. That has been crucial for many of us because we paid a lot in advance for the films that we couldn’t release. As for the titles which were released during the two weeks before the last lockdown, and the ones which were supposed to go out during the following two weeks, we will be reimbursed up to 80% of the expenses we can’t recover, like part of the marketing campaigns.

Apart from that, the CNC has raised the automatic funding we receive for each admission of our French films. The idea behind it is to relaunch the market and to encourage distributors to release films in these uncertain times. It doesn’t really compensate, because the market has been roughly 40% of what it was last year, but at least we could release some titles.

What is the usual repartition of income for your films between the different windows? How is it evolving?

With French films, we only have the theatrical and video rights, because TV is pre-sold in 90% of the cases. For these titles, theatrical represents 90% of our revenue, and only 10% would come from video and DVD, which keeps going down. As for international films, theatrical would be 60%, TV 30% and video 10%. We don’t really have an SVOD market, because we have a strong media chronology which does not allow platforms to screen a film released in cinemas before 36 months. However, that is also going to change because of the new AVMS Directive, a new EU legislation that will require platforms to invest in French and European films, so that might alter the windows.

What brought you to film distribution in the first place and how do you see the future?

I was very lucky to have a cinephile family. We watched many films in cinemas when I was a kid, as we did not have TV at home. When I grew up, I basically wanted to work in the cinema business, but I didn’t know how. One day, I saw an advertisement in the newspaper. There was a company looking for someone to sell films, so I applied and got the job. I stayed there for six months, and then opened my own company in 1986, called BAC Films. In 2007, I founded Le Pacte, and everything has worked quite well so far.

Right now, we are undergoing a crisis, and it might take 1 or 2 years before we come back to normal. But then, I think the market will recover, and the audience will be looking for new films. I’m very optimistic about that. It’s just a matter of working and adapting. During the pandemic, it was very interesting to see that independent distributors were the ones releasing most of the films. It was one of the rare times when big exhibitors with multiplexes, which are not our usual customers, were really in need of our films. And these worked, which means that the audience was looking forward to going back to the cinemas. I also believe the reduction of middle-size American films releases in the theatrical market is going to be a fact. Studios will be releasing some of these titles directly on platforms, and that will create some space in the multiplexes. Eventually, maybe this crisis won’t be so bad for European and independent distributors. 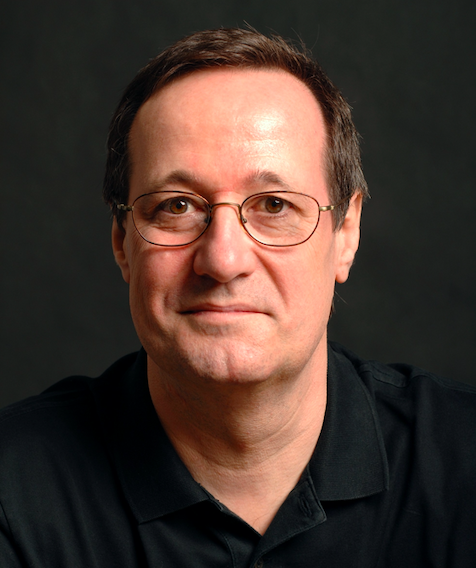