We talked to João Paulo Abreu, Managing Director of FILMS4YOU, about the special features of the Portuguese market and the current tendencies in the field of independent distribution. In the midst of a second pandemic wave, cinemas all over the country had to reduce their operations, while distributors decided to pull out most of their releases before Christmas, struggling to keep afloat with their already diminished resources.

How would you describe the editorial policy of your company and your set-up?

FILMS4YOU focuses on the distribution of European films, from French comedies to German and Italian productions, including animated features. We also distribute commercial titles originally produced in the US, as well as some arthouse films. Just to give you an idea, in 2020 we released the documentaries Honeyland (Tamara Kotevska & Ljubomir Stefanov, 2019), which was in the race for the Oscars, Women (Yann Arthus-Bertrand & Anastasia Mikova, 2019) and Aznavour by Charles (Charles Aznavour & Marc Di Domenico, 2019), made from the personal recordings of the famous artist. Those are the kind of films that fit our selection criteria. Apart from distribution, we also own two cinemas: a commercial chain operating through the brand Castello Lopes Cinemas, and a more arthouse theatre in Cascais called O Cinema da Villa.

What are the particular features of the Portuguese market when it comes to independent distribution? What are the main challenges?

Independent distribution is suffering from a shortage of arthouse screens. These are basically concentrated in Lisbon and Porto, but all over the country there is a lack of independent cinemas. Moreover, the existing ones usually belong to other distribution companies, which leads to unhealthy situations. On the other hand, a big commercial chain (Cinemas Nos) dominates the market with 65% of the share in exhibition. The remaining market is divided between 4 and 5 players, including ourselves. In terms of trends and audience taste, the Portuguese market is quite driven by English speaking movies, most of them coming from Hollywood. When it comes to European films, French comedies usually get good box office results, as well as independent animations.

I think the recent announcements made by big studios, such as the decision to release Mulan (Niki Caro, 2020) directly on VOD or the simultaneous release of Wonder Woman 1984 (Patty Jenkins, 2020) in theatres and HBO Max, will definitely impact the traditional relationship between distributors and cinemas. The narrowing of the theatrical window is here to stay, and I don’t think cinema operators are powerful enough to go against it.  This means we have a couple of challenges now: we have to adapt to this new reality of shorter windows and we have to generate a healthy competition with streamers. It is important that, all together, the whole industry makes the market grow.

In that sense, how do you see your role as a distributor? What do you think is the added value of your work?

I would say the acquisition of a film involves a large number of skills and special knowledge. First of all, the film business is a people’s business. You need to know the right people and establish long-term relationships. After that, there are some important steps: you need to know your audience, understand where the films are coming from, you need to know how to work with sales agents, follow directors, build new relations, travel to festivals and markets, read scripts, watch films,… and in the end make financial decisions taking risks. Basically, our goal is to put all those skills together and make them interact like an orchestra.

What has been your most successful promotional campaign for a European film and what is usually your marketing approach?

Normally, we try to build connections with local film festivals in order to invite the directors and stars of our films. For instance, we always try to screen some titles at the French Film Festival in October, an event supported by the French government to promote their national productions. Last year, we also collaborated with the Lisbon Independent Film Festival, inviting director Nadav Lapid to present his latest film, Synonyms (2019).

I wouldn’t highlight any particular campaign in the last few years, but there is definitely a new trend in the way we communicate and market our films, which is a movement from the traditional media to the digital world. Our budgets are now more allocated in social media and digital communication, and this is a growing tendency.

Looking at the numbers of 2020, around 7% of our income comes from DVD, 20% from cinemas, 45% from TV and the remaining 28% from the different types of VOD. Of course, this year was quite difficult in terms of theatrical distribution because of the subsequent lockdowns. Usually, cinemas would account for 40% of our income, 5% from DVD, 30% from TV and 25% between TVOD and SVOD, but with theatres closed, we increased our TV sales and VOD results. This split can obviously change based on the potential of the line-up we release each year. Overall, there was a movement from the physical video to the new platforms, and in the last two years we have seen a growing tendency with the streamers (Netflix, HBO, Disney+, …).

Could you explain what is the situation in Portugal regarding the restrictions forced by the pandemic?

After the first lockdown in March, cinemas were allowed to reopen in the first week of June. This happened in two waves, first the arthouse cinemas and then the commercial ones. By the end of July, all the industry was operating, and we managed to release 5-6 movies during the summer, such as the French comedy Docteur? (Tristan Séguéla, 2019) or the Norwegian animation Captain Sabretooth and the Magic Diamond (Marit Moum Aune & Rasmus A. Sivertsen, 2019). However, in October the government announced special measures such as curfews, meaning we had to shut down cinemas at 10:30 pm. With the increased numbers of cases over the last few weeks, we were also obliged to stop our operations at 1 pm during the weekends. If nothing changes, this will continue until mid-December. The situation is pretty much the same all over the country, with small differences between regions. We had announced some releases for Christmas, but right now we decided to pull out everything, and all distributors are doing the same.

Were there any state measures put in place to help you get through this period?

We had two types of measures. First of all, there was some general support available for all companies, including layoff schemes, delayed tax payments, special credit lines… As for our particular industry, there was some additional support for independent distributors and exhibitors, controlled by the Portuguese Film Institute. Bigger distributors and cinema chains didn’t get any specific support so far. There are some measures announced, but nothing officially confirmed.

What we need right now is basically some support for the rental costs of the cinemas, as well as some cash to relieve our treasuries, because we had to face all these months of lockdown with our existing resources. I think the whole industry is short in cash at the moment.

How did you start working in distribution and how should the future look like in your view?

I started working in distribution back in 1998, coming from an industry background. During these 22 years, I have seen the end of VHS, the launch of DVD, the beginning of digital cinema, the death of the DVD market, the end of 35mm projections, the birth of streaming services and the consolidation of the big platforms… All those things happened while cinemas kept running and distributors adapted to the new situations. With the pandemic, we are suffering a sort of cataclysm, but I expect the business to recover, although it will take some time. We basically need to adapt ourselves to the new challenges, open our minds and reinvent our job. 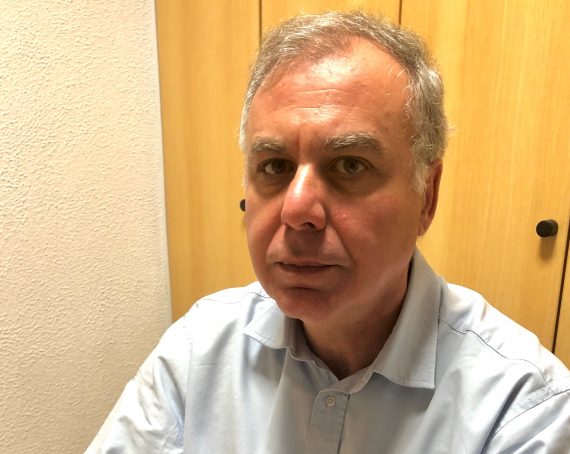