We met Michael Höfner, founder of GMFilms, and asked him to tell us about his company and Germany’s market and situation during the Covid-19 pandemic. He describes his work as a sole trader, explains the small arthouse audience, and shares his interrogations for the future.

I am a sole trader and my company releases picture films and documentary films, not focusing only on European films. I am not dealing with big sales companies or go to festivals to watch twenty films a day. When I go to festivals, like the Berlinale, the International Film Festival Rotterdam, the Karlovy Vary International Film Festival, or San Sebastian Film Festival, I make a pre-selection. I need to like the films I release. Sometimes they just come to me: a director, a producer or a sale company I worked with years ago, writes to me about a film, and if I find it interesting, I take it into my portfolio. I usually release between three and six films per year.

What is the German market like and how is it to distribute European independent film?

The German market is very small in regard of the population. Compared to France, who had more than 200.000.000 entries in 2019, Germany only had 118.000.000, for a larger population. Let’s say a film in France makes 500.000 admissions, in Germany you will be lucky if you have 10% of that. During the 1930s, all the important movie artists had to leave and I think the system never recovered. It seemed it would have in the 1970s early 1980s, with directors like Wim Wenders, however the German arthouse audience didn’t get the importance it has in some other European countries. German audience is also expecting the films dubbed. They are not accustomed to watch a film in the original language.

So it’s a very small audience, and I am part of twenty to twenty-five small independent distributors who are serving that audience interested in arthouse and documentary films in foreign language. In this market, 10.000 tickets sold can be considered a success.

How would you define your job of distributor/publisher?

I think distributors are playing the role of watchdogs, we are part of a selection process, choosing which films will come in the market. The word publisher is not bad but I think it’s more complicated than publishing a book. A book publisher is used to translate books – that’s part of his job – but for us, language is a very tricky problem. A lot of movie-goers are aged 60+, and they are just not accustomed to watch film in a foreign language, let’s say because they never learned English or whatever reason you may find for this behaviour. However, dubbing is necessary at least when you want to sell rights to a TV station or even to Netflix. TV sales are a crucial element to refinance a release. The quality level for dubbing is very high in Germany, meaning that dubbing is expensive. In former years TV paid the dubbing also for theatrical release but these times seem to be gone.

What was your last success and what was its secret ingredient?

The last success, cut short by the lockdown in March, was a documentary: Heimat is a space in time (Thomas Heise, 2019). The story starts in 1914 and ends in 2014: it’s about the director’s family. The next step was at the Berlinale where it premiered in 2019 and was heavily acclaimed by critics. I started the release process from November 2019 with twenty prints: of course, it was not screened for seven consecutive days in twenty theatres and exhibitors can only screen it once or twice a day, but it made 2.000 entrances, which is quite good for a film that is four hours long. It went quite well until March, and then it was over.

The secret ingredient was the film! You need to be successful on an international festival: this really helps. But you have to win a prize or at least be critically acclaimed, not only be seen. When you have this as a sale factor, you can sell the movie to exhibitors. Because they are the gatekeepers.

Usually, I am trying to keep a film in theatre for at least six months, then release it on video, which means DVD, Blu-ray and online. For Heimat is a space in time, theatrical represents 50% of my revenue. A new distribution opportunity came up in March 2019 when a distribution company called Salzgeber discovered you could make money on Vimeo. They released Head Burst (Savas Ceviz, 2019) a film about rape – which is a difficult subject – on vimeo because of the closing of cinemas and they made 25.000 “entrances”, or sold tickets, in a week, which is far more they would ever make in a movie theatre with such a film. A lot of distributors, including me, tried to do the same, but it’s working so and so. For a film in theatre you get your money after the screenings but releasing it online takes longer, there are a lot of steps and you never how many items are really sold, nor if the film is watched or not. This means theatre is still the major factor, and not because films are “made for theatre”, but because it’s still a way to make money.

What was the impact of the Covid-19 pandemic on your business?

Cinemas closed first on the 20th of March, re-opened in June (but it was too late to plan a release for summer) and closed again in October. I had ten screenings in the summer, no more, so my theatrical business ended in March last year.

Was there any kind of specific Covid-recovery measures put in place?

As a sole trader, I received help from the state, but bigger companies didn’t yet.

They can get help for salaries: the company pays ten hours and the rest of the weekly hours is paid by the state. There was support for the movie industry, but not for distributors. Cinema is mixed up with its physical location, and some people don’t understand what distributors are doing. Producers got support and can now produce their films. The arthouse exhibitors received money in regard of how many tickets they sold in 2019, thanks to the independent exhibitors’ association, AG Kino, who did a very clever lobbying for many years. I don’t know what will happen next, it seems many cinemas around the world are waiting for James Bond to arrive and save them, which I think is funny: nobody would have thought a fiction hero would become such a factor in the real world like James Bond.

It happened one step at the time. I come from the book industry. I was working for a publisher’s company who released a book about Fassbinder and I redacted it. My boss started to send me to film premieres where we were invited. Later I worked in a film bookseller and a friend of mine was organizing a festival, looking for a partner, so I helped him. After this festival I met a Canadian director who asked me to do something with his film in Germany… I helped him distributing it, and I became a distributor! 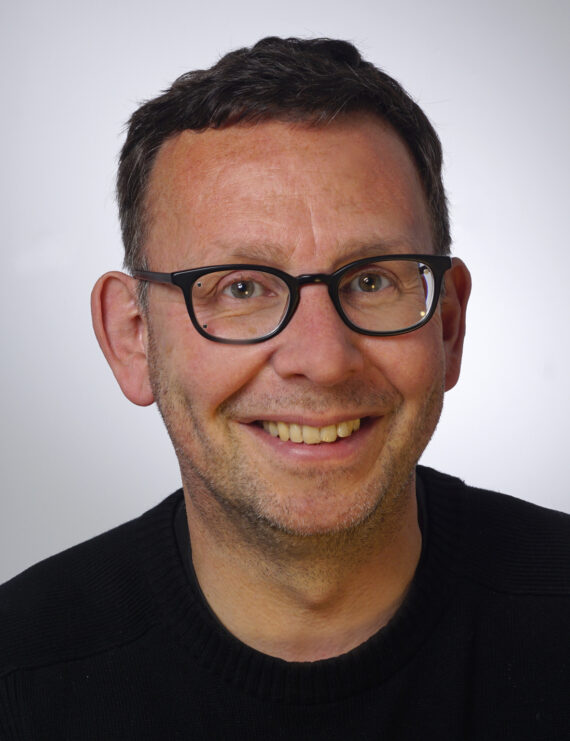