We sat down with Mira Staleva, Distribution Manager at Sofia-based outfit Art Fest. We discussed the company’s editorial policy, the current challenges posed by the COVID-19 outbreak and the Bulgarian film distribution landscape.

Our editorial policy focuses on arthouse titles. We’re constantly trying to distribute titles that are made by interesting voices that otherwise wouldn’t find audience in Bulgaria. That’s our primary mission. We do not limit ourselves to a certain geographic area or genre. We look for high-quality projects that possess good potential for our audience. Some of our recent titles include Lorenzo Mattotti’s animated flick The Bears’ Famous Invasion of Sicily (2019), Agnieszka Holland’s drama Charlatan (2020) and Tamara Kotevska and Ljubomir Stefanov’s documentary Honeyland (2020). Before the pandemic, we’ve been working on Alice Rohrwacher’s Happy As Lazzaro (2018), Sean Baker’s The Florida Project (2017), Agnieszka Holland’s Mr. Jones (2019), Nuri Bilge Ceylan’s The Wild Pear Tree (2018) – which we also co-produced – and Ruben Östlund’s The Square (2017), among others.

What are your market’s main challenges and peculiarities?

As you can imagine, this type of titles does not have great potential for a small market such as the Bulgarian one, as we don’t have many cinemas here. The lack of venues is a major problem. And – let’s put it this way – there’s basically no VoD and DVD market for arthouse films. Broadcasters very rarely buy titles – and here I must mention our public television because other players are out of the game. I can’t even recall the last time we sold a film to the state television, though. Following the 2020 pandemic, two streaming platforms appeared, called Filmira and Neterra, but they’re still not well developed. However, most of the audience will still choose Netflix and HBO over these because they offer a huge catalogue, even though these platforms tend to favour quantity over quality.

How do you see the work of a distributor? What brought you to work in this field?

I see it as a mission, especially because I work in such a small, underdeveloped market. The main mission is to build our audience. Of course, in our case, this overlaps with our festival activities [Sofia International Film Festival]. For sure, it’s a very hard task. You need to have a strong passion. That’s what drives you because this is not a really profitable business. Besides, I believe it’s important that big sales companies start realising that they cannot do business with small countries the same way they do with the big ones. Our standards are completely different. To simplify, if you don’t have enough cinemas, it means that you don’t have venues where to screen the film that you’re buying. So, more flexibility and understanding of the market would be hugely beneficial.

I can mention an example from the pre-pandemic period, namely Wim Wenders and Juliano Ribeiro Salgado’s The Salt of the Earth (2014). That has been a very good campaign! We got in touch with many organisations, we established partnerships and set up a series of events promoting environmental awareness. Funnily enough, that has been one of our most successful titles as distributors, even though it’s a documentary and there’s not much interest around non-fiction films here. Another successful example is Paolo Virzì’s Like Crazy (2016). We managed to do a very good campaign because we contacted some Italian brands – including ice cream makers – and organised joint events, which were well received by the audience. In both cases, screenings took place in cinemas but also outdoor. Sometimes, we need to travel and bring screening equipment ourselves because in many Bulgarian towns there’re no cinemas. Before stopping in these cities, of course, we work on the promotion of the events, in collaboration with the local authorities. We’re like the Lumière Brothers, just 100 years later [laughs]! We also did a good job on the campaign of Luc Jacquet’s March of the Penguins (2005). At the time, we organised screenings in zoos, catching the attention of many associations and niches interested in the film, as it follows the yearly journey of Antarctica’s emperor penguins. For sure, you need to find creative ways to attract viewers! For Like Crazy, contacting ice cream brands and Campari proved useful to invite people to come and have “a taste of Italy.” You always need to improvise and re-adapt the strategy depending on the content you’re promoting. Distributors must be more connected with the audience. The old traditional ways of marketing are not sufficient anymore. You need more imagination!

As I said, even in normal times there’s no market for VoD and DVD releases. Our two VoD platforms are brand-new and kicked off last year, so they obviously don’t have too many users yet. Thus, in normal times income would entirely come from theatrical revenues and outdoor event screenings. Moreover, when we bring our own screening equipment, we need to face additional challenges in terms of logistics, ticket sales, additional manpower and so on…

Concerning the healthcare crisis, what has been put in place by the government in terms of aid measures for distributors?

There were no measures put in place to protect distributors.

Do you believe VoD will gain larger market shares in Bulgaria sooner or later?

Yes, it’s just a matter of time. It’s something very important for Bulgaria. Here, piracy is a huge phenomenon and people regularly consume video content by downloading torrents. However, I suppose that if people could find some of the titles on VoD platforms legally, the vast majority would be ready to pay. I talked to many, and in most of the cases they download illegal copies because they cannot find the title anywhere. So, if a film that they’d really love to watch is not being screened, streamed or published on a DVD, what can they do?

That’s a very good question. Why do I do this? Passion for films? Love for films? I started working for Sofia International Film Festival at the beginning of the 1990s. The festival was created after 1989, a crucial phase for all of the former socialist countries. At the time, organising a film festival was perceived as a very innovative, progressive endeavour. We’ve been working for the festival purely driven by passion and with very little resources. The idea of distributing films came later, when we realised it was essential to grow our audiences. There were so many great titles screened three, four times during the festival, but that wasn’t enough! We needed to intercept more viewers.

Distribution in Bulgaria is a true challenge. Maybe that’s why it keeps you alive. But sometimes you’re so tired [laughs]! Furthermore, bureaucracy is not friendly at all and we’re quite tired of negotiating screening rights. It’s really exhausting as sales outlets don’t understand that their prices are not relevant to our market. They should know how many venues a particular market can offer and its ticket prices, in order to elaborate a proper sales strategy. At the moment, I believe it’s better to sell with lower prices. Even though this does not translate into consistent profits, it would be a better strategic choice. It’s a sort of investment, because you’re putting time, money and efforts to build a wider audience in the long run. 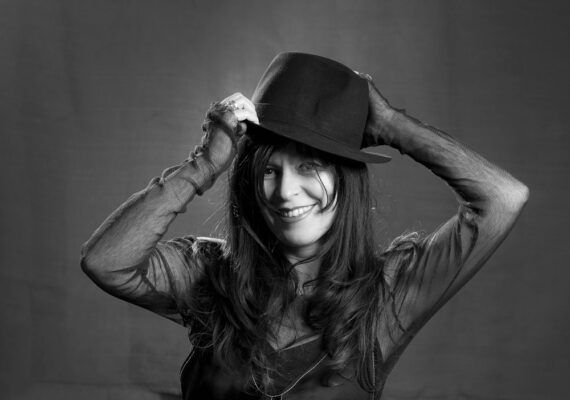