We sat down with Oana Furdea, Distribution Manager at Bucharest-based outfit Transilvania Film. We discussed the company’s editorial policy, the current challenges posed by the pandemic and the Romanian film distribution landscape.

Our company was established in 2003. We’re trying to upscale arthouse cinema as much as we can, while maintaining a sort of “crossover approach.” Perhaps it’d be good to explain what this “crossover approach” is. We do not work with blockbusters, as our focus is still on auteur cinema. However, we try to include in our slate comedies and other more accessible titles. Our catalogue features a mix of Romanian and European films. We rarely add American or extra-European titles. In terms of our most recent line-up – I’ve been working for the company for two years and one of them [2020] has been disastrous for obvious reasons [laughs] – I can say that initially I worked on distributing films that had already been acquired, but later I started buying titles that we couldn’t release [owing to the pandemic], for example Rodrigo Sorogoyen’s Mother (2020). Other films from last year’s line-up include Olivier Assayas’ Non Fiction (2018) and Kirill Serebrennikov’s Leto (2018).

What are your market’s challenges and peculiarities? How is it distributing European independent films in Romania today?

Here, one of the major challenges is that we have very few venues where to exhibit films. There’s a been a strong – and steady – decrease of available theatres in this country since the network of state-owned cinemas has been dismantled following the fall of the Communist regime in 1990. Unlike other countries having high levels of domestic production and many screens – such as Poland and Czech Republic – here in Romania this system is in deep crisis. Currently, there are about 120-130 venues nationwide, and at least 25 of them are owned by Cinema City [an international brand of multiplex cinemas active in Eastern and Central Europe]. These mostly show top-selling blockbusters. There’re at most two, three cinemas programming arthouse titles per each big town, and they are not more than 20 nationwide. Pure arthouse cinemas are less than 10, though. We try to provide them with favourable release schedules. It’s still complicated to work on gaining slots for commercial venues, though. Apart from these challenges, we’ve a rather cooperative community. I’m very thankful that Transilvania Film is part of the Transilvania International Film Festival (TIFF) family. TIFF has contributed immensely to educate arthouse audience in Cluj-Napoca and in the rest of the country. Thus, one of the advantages is that we’ve a well-established communication channel for the arthouse film lovers and, somehow, we manage to programme this type of titles all year round.

How do you see the work of a distributor? What brought you to work in this field?

I’m very happy with my role. Before becoming a distributor, I used to work in film exhibition. This change has been great for me, because one of the most frustrating aspects of my previous job was having very limited options in terms of arthouse titles. Generally, it’s very expensive for Romanian cinemas to get one-off screenings from an international sales company or a producer. Therefore, most of the films I could source already had a Romanian distributor. In the current role, I like having more control over the films I feel the local market shouldn’t miss. In broader terms, I believe that every distributor who has a passion for arthouse films is an added value for European cinema.

Well, I guess I’d have to pick an example from my own experience. As I said, I’ve been with the company only for two years. I don’t want to give examples of other people’s campaigns, but I can mention some from 2019. For instance, I was very pleased with how the campaign for Serebrennikov’s Leto turned out, as it gave us the opportunity to experiment new forms of promotion. Specifically, we have had a couple of concerts attached to screenings taking place in informal venues, and not just in theatres. We also had a few talks with people specialised in Russian underground culture. Both talks and concerts took place in the first week following the release of the picture. There’re many Romanian and Moldovan writers that know a lot about the film’s subject and this opened up interesting conversations. Besides, it’s been an occasion to rediscover with the audience the Romanian underground music of the 70s and 80s. Overall, that campaign was very well received.

First of all, DVD is so steadfastly declining, and it doesn’t really constitute an essential part of our income anymore. Currently, half of our income is represented by theatrical distribution, and the remaining 50% is equally split between TV and VOD (25%) and physical event screenings revenues (25%). The former in particular is a very important part of our activities. As there are not so many theatres in Romania, we also present films at various local festivals or other types of venues, such as bars, outdoor arenas, cultural centres, museums or anywhere you can organise a screening. These are the trends recorded in the pre-pandemic period, though. For obvious reasons, VOD revenues are now gaining a much larger share, as theatrical distribution has been almost non-existent in 2020.

How do you think the pandemic will affect the repartition of income in the long run? Do you think VOD will gain ever larger market shares?

I think that’s inevitable for the time being. But I also think that what we’ve seen last year is definitely not going to be the rule for distribution. Even though we’ve recorded a tremendous increase in VOD income, we can also see sold-out screenings – even right now – after a few venues have reopened at 30% capacity. Most screenings that we’ve had during the past weeks in Bucharest have been sold out, for example. There is an enthusiasm for cinema-going that we haven’t seen for a very, very long time. As soon as theatres will reopen, I’m sure there will be a lot of people ready to fill those seats. Thus, I believe that reopening is going to reset the balance a little bit. But I do expect that we’ll be thinking more in terms of VOD releases as well. The distribution landscape is definitely transforming, and in this sense the next couple of years will be crucial. Besides, this process was already ongoing, regardless of the pandemic. I would like to highlight that even though the outbreak has accelerated the shift towards VOD, it has also pushed us to think through the response of our audience and engage with the spectators in an even more committed way. It has been a sort of awakening.

Concerning the healthcare crisis, what has been put in place by the government in terms of aid measures for distributors?

There were no official government measures. Actually, this is still a very hot subject here. The Ministry of Culture has provided very little support and no backing came from the Romanian Film Centre. We did find ways to go through the crisis, though. Festivals and NGOs in particular kept the industry going for a bit over the summer. The only measure that helped was the lifting of some restrictions that allowed to organise select outdoor events. 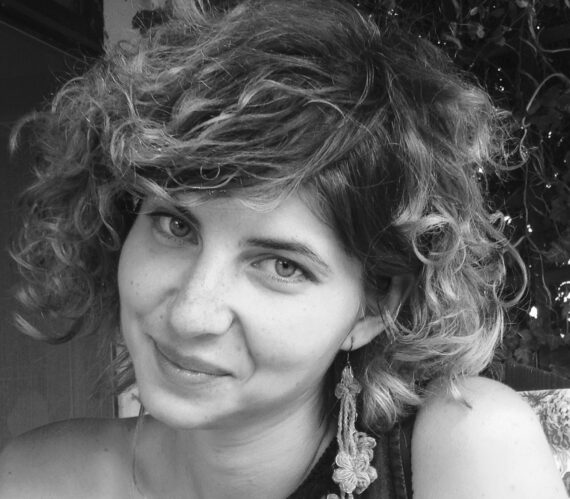