We talked to Richard Mowe, Co-Director of CinéFile, about the Covid-19 situation and how the company reacted by focussing on the VOD back-catalogue. Moreover, he describes for us his perception of the distributor’s work and speaks about further releases.

What is your company’s line up? Your editorial policy and why?

Our general policy is to release films that would benefit from a niche rather than a supermarket approach. With only a handful of titles a year we can devote extra care to nurture them along and help them discover an audience. Many titles are tested as part of the French Film Festival UK, which takes place during November and December and in the Glasgow Film Festival in February. These two events give us direct audience feedback, but obviously our net is cast wide at Festivals and film markets throughout the year. Our most recent release before lockdown was The Lady in the Portrait (Charles de Meaux, 2016), a Franco-Chinese costume epic which continues to circulate as national Government guidelines allow as part of the pandemic restrictions.

We are looking for titles now to release in the latter part of next year – for obvious reasons. Titles on our hit list include The Translators (Régis Roinsard, 2019) and The Mystery of Henri Pick (Rémi Bezançon, 2019), both French productions. Another title under consideration is How to be a Good Wife (Martin Provost, 2020), UK-premiered as part of the French Film Festival online.

How is your local market?

The UK is considered a difficult market for foreign language cinema, partly because of the dominance of English language cinema, particularly from the States. With presence of multiplex chains such as Cineworld, Odeon and Vue the independent sector struggles to find suitable product, yet Picturehouse, Curzon, and Everyman in the independent sector have been in expansionist mode by opening new venues. The arthouse sector has been nurtured through support from regional Film Hubs covering most of the country. In addition there is healthy grassroots demand from film clubs and societies. At least that was the case until the current situation…

How do you see your job of distributor/curator/publisher? What is the added value it brings, especially when it comes to European films and their circulation?

We seek to throw a spotlight on films that might otherwise be overlooked by traditional distributors and help those titles reach audiences who again might be neglected by larger companies. We take a boutique approach and look to market our titles in close contact with specific interest groups. Each title is dissected to uncover its points of appeal – from the likes of book clubs for literary adaptations to community organisations. Preview screenings in advance of release have proved useful in stimulating all-important word of mouth.

What is the most successful promotion campaign on a European film that you had so far? What was its secret ingredient?

When we released The Divine Order (Petra Volpe, 2017) – dealing with women’s liberation in Switzerland –, it coincided with International Women’s Day. This was a strategic choice, meaning we were able to build on nationwide and international events tied to the occasion. The film had broad appeal across the generations and, although Swiss women came relatively late to the emancipation debate in the Seventies, the film captured the mood of the moment and provided an eye-opener for many. With a retro soundtrack, a Me Too bounce and various awards or nominations keeping the momentum alive, the film performed beyond expectations. The promotion was also supported by director Petra Volpe who conducted many interviews. Building on the film’s subject matter was the key to helping it to break through while tying in a key date consolidated the work.

What is the repartition of income between each support/release for your films? How is it evolving?

Theatrical income still is regarded as a mainstay of the budgetary stream (around 75%) and while DVD sales in common with many territories have declined, VOD sales have begun to pick up (representing around 25% of the remainder). With the closure of many cinemas for considerable periods of time audiences have begun to discover that streaming has provided a useful antidote to normal television programming. Festivals also have promoted selections online and we expect to see VOD activity grow as the situation returns to a more normal game-plan next year and beyond.

When it comes to the Covid-19 pandemic, how do you see the close future for the circulation of European films and its reaching audiences?

During the various lockdowns the company took the decision to replace cinema box office streams by launching our back catalogue on VOD and put in place a wide-ranging marketing campaign to promote the titles involved (hitherto they had only been available on DVD). We used Vimeo for this purpose but would look to employ a more secure platform in the future and discussions are under way with a new initiative that would combine festivals and distributors and cinemas under a single platform umbrella. More details of the initiative will be revealed shortly.

Our theatrical window was kept open for longer to allow cinemas more time to programme current releases due to the disruption caused by the on-off closures. Cinemas were eligible for the furlough scheme to compensate laid-off staff while affected cinemas also received funding from the BFI Resilience Fund, the Film Exhibition Fund and Pitch Pot funding, as many organisations moved activity online. Sustainability of the sector has been a main priority for public funders and an engagement programme has been launched to define the way ahead for 2021 and beyond. Before the current lockdown in England independent cinemas were faring better than multiplexes in that audiences felt safe going to a familiar environment where the duty of care was scrupulously observed. Regional cinemas in low risk areas including Oban, Inverness and Dumfries have continued to operate and have even added on showings to meet demand.

What brought you to film distribution and how should tomorrow look in your view?

With experience in running various film festivals I wanted to ensure that Festival selections received a longer exposure than just on one or two screenings during a Festival. The goal was to support the huge creativity of film-makers from various countries to be more widely seen and also to learn more about the global village and open wider the debate on common concerns. Audience demand has been stimulated and the public are now more willing to take a chance on subjects that may not seem at first glance to be appealing.

At the moment the day is unpredictable as the industry responds to changing restrictions but the company has sought to be extremely flexible and innovative in helping cinemas to come back from the challenges of the pandemic. This has been further complicated by different tier rules for different areas of the country. Film will continue to be consumed across an increasing range of platforms although the theatrical experience, we feel, will remain dominant with a pent-up demand for the collective cinema experience simmering in the background and ready to be unleashed when circumstances allow. The more interest there is in cinema in general across the board the better for everyone in the industry. Fresh approaches need to be taken to traditional ways of working which in turn will provide both challenges and benefits.

The key to the future is finding more ways to collaborate together, within such organisation as Europa Distribution and other initiatives. Above all let’s keep a sense of perspective and optimism for the future of film and human kind. 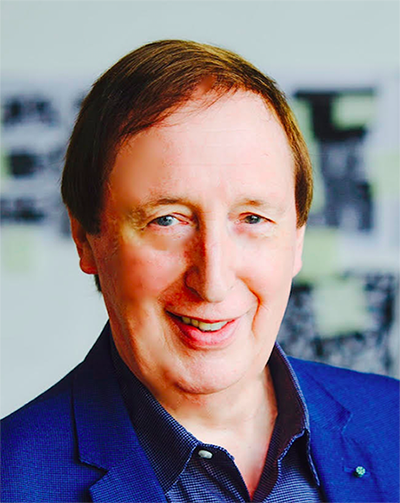