Thomas Verkaeren, O’Brother‘s General Manager, discusses for us a line-up built on taking care of specific Belgian producers’ films rather than on acquiring quantities of films on the markets. He walks us through the complexities and challenges of the Benelux, a multiple and divided territory, partly dependent on France, and speaks about what matters most in his work, what moves and motivates him.

What is O’Brother’s editorial line and how was it defined?

O’Brother Distribution was created twelve years ago by Versus Production to distribute its Belgian films and co-productions, the line-up being completed with films bought on markets. These acquisitions are meant to be crossover, or more commercial films, in order to finance the promotion and releases of Versus’ films. Now things are different; I joined the company four years ago to expand the line-up to a broader spectrum of films.

We release about fifteen films a year, including those of other Belgian producers (such as Artemis, Kwassa Films, Tarantula), and films bought on markets. We only focus on European arthouse films and look for those that can broaden the audience and open the public’s eyes with a strong stand, an important subject or innovative artistic ideas. We distributed for example, Sink or Swim (Gilles Lelouche, 2018), Mothers’ Instinct (Olivier Masset-Depasse, 2018), Climax (Gaspard Noé, 2018), and are waiting to release Mandibles (Quentin Dupieux, 2020), Faithful (Hélier Cisterne, 2020) or Teddy (Ludovic Boukherma, Zoran Boukherma, 2020)

What are the main particularities of the Benelux market when it comes to distributing independent films?

The Benelux is a rather large territory, around 27 million inhabitants, but it is divided into three parts: the French-speaking public (Belgian and Luxembourger), the Belgian Flemish public and the Dutch public. Some films are successful in French-speaking Belgium but are not released in Dutch-speaking Belgium or in the Netherlands due to different type of theatres and publics.

The other specificity is the number of theatres: in the Netherlands it is larger and denser than in Belgium, where there is a lack of arthouse theatres. So, there are three very different territories and three very different audiences. Our team deals with Luxembourg and Belgium and we work closely with Gusto Entertainment in the Netherlands, with whom we have a distribution agreement.

Do you have highly differentiated promotional strategies?

Of course! The Netherlands’ team has its own specific way of doing promotion, but when it comes to taking risks, we discuss it altogether. We pay MGs (Minimum Guarantee) for the three territories combined, and we have common print-marketing expenses which we divide according to needs and estimates.

How do you see your job as a film publisher?

O’Brother is not a big buyer on the markets and does not define its editorial line with its acquisitions. We are at the service of producers who bring in Belgian films or co-productions, so our role as publisher is extremely important. Each film is a new product and we do not benefit from the film’s international reputation, like films bought during festivals do, since we take them in before we know if they will attend such events. We fight tooth and nail for every film we release, to defend the subject and how the author tackled it. And we do that one film at a time, in a craftsman’s way. We will follow the promotion campaign very closely and go with the author and the actors on their promotional tour in Belgium. So more than publishing, it’s craftsmanship.

For every release, we become experts in a subject for two or three months. When we released The Monopoly of Violence (Davd Dufresne, 2020), we became experts in police violence for two months. But the next two months we can be experts in another subject, like in agriculture when we released In the Name of the Land (Édouard Bergeon, 2019) or synchronised swimming for Sink or Swim. Every time, we dig in a specific subject, call all the specialists, get information, and bring along as many people as possible to get the film as far as possible. This is our job, this craftsman’s work, this publisher’s work.

What was your most important or original campaign?

We wanted to defend In the Name of the Land at all costs because we considered it to be a socially and politically important film. The subject – agriculture – concerned everyone. Everybody knows that agriculture in Europe is in a difficult situation and it’s getting worse: empires are thriving while small farmers can’t make ends meet, and more and more in the farming community commit suicide. Our campaign succeeded in showing that the subject was important for Belgians, and, more than the campaign, the film’s success proved it.

We aimed primarily at farmers, we were not looking for an urban audience, so we tried to understand how they get informed. We had to reconsider our whole way of working because when you start a campaign, you have habits and reflexes, like posters in major cities and social networks campaigns. This time, we got in touch with farmers’ unions and lobbyists, and we ended up getting an appointment at the European Commission. We showed the film to the European Commissioner for Agriculture and an audience of collaborators, with the film’s crew coming back to Brussels to promote the film. These are very important moments, it moved me a lot, and this is precisely why we release films, why we do this publisher’s work.

What is the usual repartition of income for the different windows and how has it evolved in recent years?

Our income is based on admissions, less on TV sales, since we do not buy many films. Belgian producers finance their movies through TV sales before the shooting, so when the film is finished, we generally cannot sell it to TVs. Theatres’ admissions represent 2/3 of our income, the other 1/3 is coming from VOD, pay-TV or free-TV sales. Some of our French speaking films make it well in Flanders and TV sales are possible then.

The shares changed a lot in the past years. DVD has fallen to nothing and when they are made, they are merely business cards or gifts but in no way sources of revenue. TVOD has not compensated for the fall of the DVD. The pay-TV income was important to us but dropped drastically since the arrival of Netflix or Prime Video, companies that do not buy our films because they buy mostly multi-territory rights. So, lots of evolutions indeed and many more to come (smaller windowing, new platforms, Premium VOD, new way of programming films, …)

Did O’brother benefit from structural support since cinemas closed for the second time in October?

Like several other distributors, we benefit from annual support given by the Fédération Wallonie-Bruxelles to the cultural operators which is very helpful.

Due to the closing of cinemas, we also benefited from an extra support calculated on the losses during the first lockdown. Part of our expenses for films that could not be released have been compensated this way.

Otherwise, no support or news since August. We still have some income from TV sales for films released in 2019, but we are coming to the end of that too, and if it keeps going on like this, we’re going to have real problems. New support for culture was approved in December but it has not yet been distributed. The Centre du Cinéma (Cinema Centre) promised to give us some news in March.

What will your strategy be for the next months and the reopening?

There are several uncertainties: When will theatres be able to reopen? What will be the amount of the support we get if we get one? How damaged, in terms of public attendance, will the theatres be? What’s for sure is that we have an incredible line-up ready and we cannot release anything. We have eight films that were supposed to be released between January and the end of May. But if theatres only open mid-April, for example, we will only have a month and a half to release the films because we need to be as synchronised as possible with the French releases.

We are contractually dependent on France, through holdbacks, which specify that we cannot release films in Belgium before they are released in France. The different French distribution companies of the various films we will release will define our strategy. If one of them wants to postpone its film until November, we will have to do so too. This is the fourth uncertainty: what will the line-ups be in France? Once we know this, we will be able to make decisions, because it’s generally interesting to release films in Belgium and Luxembourg at the same time they are released in France, to benefit from the French medias’ coverage.

What has been your career path and why were you attracted to film distribution?

I studied industrial design so I’ve always been interested in the links between artistic and commercial aspects. I started my career as marketing manager for commercial films at Cinéart, did that for six years, then the mermaids of automotive industry attracted me into their lair. But after a few years I wanted to come back to movies, so I started working as General Manager for video label Twin Pics (PIAS). We distributed DVD’s for Cinéart, Arte, Carlotta, or MK2. When it became clear that DVD would become a small niche product, I found my way back to my first love, film distribution in theatres. And it feels great! 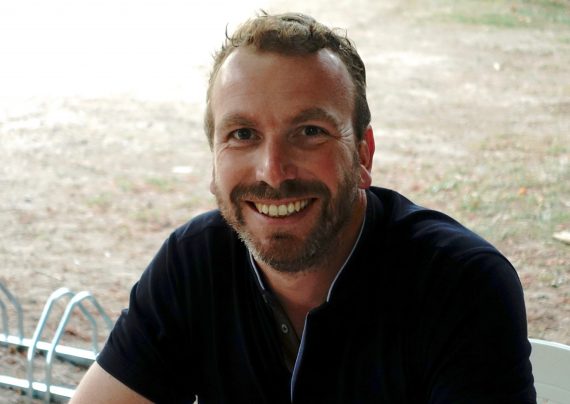