Tobias Lehmann, Managing Director of Alamode Film, discusses the role of independent distributors, the particularities of releasing arthouse films in Germany and the effects of the COVID pandemic on their business. Once a paradise for home entertainment, the German market is becoming more competitive while increasingly relying on theatrical revenues. Distributors had been releasing new films since July, scoring decent results despite the restrictions, but the lack of specific support and the second lockdown for cinemas since November 2 cast a long shadow on the market.

Alamode Film was founded in 2001 by my partner, Fabien Arséguel. I joined the team in 2005 and since 2008 we have been running the company together. Our line-up is pretty clear: we focus on arthouse films, releasing 8-10 titles every year. We are a small company, so we can choose films that we personally like. Most of the time, these are the ones that work better, because then you are really committed to the films. We try to acquire big arthouse films which premiere at the main festivals, such as Portrait of a Lady on Fire (Céline Sciamma, 2019), The Square (Ruben Östlund, 2017), On Body and Soul (Ildikó Enyedi, 2017) or The Killing of a Sacred Deer (Yorgos Lanthimos, 2017). The German market is pretty competitive, so it is not easy to get these films, but from time to time we succeed. We also have smaller titles in our line-up, and for the last 9 years, we have been acquiring more German titles. We also have another label of the company called Pierrot le Fou, focused on straight to DVD releases, particularly of classic and genre films.

How do you see your role as a distributor? What do you think is the added value it brings?

I like to compare it to a book publisher. We are curating a certain programme for the audience, and giving each film the promotion that we think is necessary for the German market. With German films, it is much more challenging and time-demanding because we have to create all the materials from scratch, but it is also a very creative process which we enjoy a lot. We have a lot of discussions with the filmmakers and it is not always easy, but in the end, it’s a very interesting job. We usually pick films from festivals, but the market is getting more competitive, so now we are pre-buying a lot. This way we are also involved in the final editing of the film and also in the artwork. On top of that, I think that we have created a specific portfolio over the years, so people recognise our brand, which is also very nice.

What are the main challenges of the German market when it comes to the distribution of independent films, especially European?

This probably goes for all the territories, but we have by far too many films being released in theatres. There is not enough space for every title, and it is getting more and more difficult for a film to stand out. Another problem in Germany is that the audience is not very cinephile, so they don’t really care about directors and awards… In France, for example, they follow their auteurs, but the German audience is very different. You really need to find films with a special topic that you can market. Of course, Germany is a big country, so you can get a lot of funding from MEDIA and have bigger acquisition and promotion budgets. We are also operating in Austria, and the situation there is very different. You can’t obviously work on such big budgets there, but the size of the market, and the audience that you can reach, brings a lot of opportunities compared to a smaller territory.

What was the most successful campaign you had for a European film? What was special about it?

Maybe not the most successful in terms of admissions, but one campaign that really stuck to mind was Exit Through the Gift Shop (Banksy, 2010), the documentary about the famous street artist. This was a very young and fresh film, so we organised special screenings in very unusual locations, and we had some artists spreading the word. It was really wild. These kinds of campaigns are very recognized in the film industry, which means you are later approached with a lot of offers for this sort of films. It is very difficult to make them work, but sometimes you have great success. Obviously, it is nice to have a film that is very easy to promote, but I think the more edgy and demanding titles stick in mind for much longer.

What is the usual repartition of income between the different windows? How is it evolving?

It is very difficult to answer this question because it really depends on the film. If we talk about a typical European arthouse title, like Portrait of a Lady on Fire or The Square, I would say theatrical is by far the most important. It can go from 50% to 80% of the total revenue. We also had films that did not work that well in cinemas but had better results on DVD and VOD, particularly genre films. Germany used to be a paradise for DVD; 10 years ago, you would make a lot of revenue, but now it is going down and VOD is not really filling the gap. I think theatrical is getting even more important. TV sales are very difficult because only public stations are buying arthouse films and they are doing less so. Pay-TV doesn’t really exist in Germany. There is only Sky TV, and they don’t buy arthouse titles, only from the majors. The chance now is to sell to the subscription platforms like Amazon or Netflix, but it is really hard to get your films in there.

What is the situation of the market at the moment, after the effects of the COVID-19 pandemic?

Not very good. Right now, cinemas are closed until further notice. Before that, I would say the capacity of the theatres in Germany was around 25%, depending on the region. There had been theatrical releases starting from July, with some decent successes, but overall the numbers were way lower than they could be. Everyone was afraid, so a lot of films were postponed. The cinemas are completely scared about the future, and the next couple of months will be very tough for distribution.

Were there any specific measures related to film distribution put in place to help you mitigate the effect of the crisis on your businesses?

The German funding system is not very flexible. They are launching different support schemes for cinemas and producers, but there is no specific support for distributors so far. The federal funding body BKM has additional money from the Corona emergency relief (a program called “Neustart Kultur” = “cultural new start”), which will be given to distributors, but you can only apply for it if you have a majority of German films ready for release. For the 2nd lockdown, the German government has announced to pay 75% of the November 2019 turnover for all companies directly affected by the lockdown (i.e. cinemas, which had to close). Companies which are indirectly affected, like distributors, which can’t screen their films in theatres anymore, will only get the payment if their income from the now-closed sectors is minimum 80% of their total revenues. Film distributors that also exploit home entertainment and TV rights will not reach those numbers. And still, we have lost around 500.000€ with the total halt of theatrical exploitation of only one film! Hopefully, there will be some changes so distributors will be able to access these funds as well.

What about on a European scale?

European support is generally good, and MEDIA is giving more money for the next Automatic call, but the problem is that it takes too long to process. We are still waiting for money from the Selective scheme for films we have released last year. For a small company like ours, you cannot really depend on this. For sure we won’t reach enough numbers on European films to gather new support for admissions in 2020. We’re of course hoping that the Automatic scheme might adapt to the situation, but if they are only going to postpone the next deadline, of course the increased funding is not that great a benefit. A few days ago, the German funding body FFA just made it public that the new Creative Europe budget starting from January 2021 might be in danger, as there is no agreement on it yet in the European institutions. So, I don’t know if we have to be worried…

What brought you to distribution and how do you see the future?

After graduating from Film Studies, I worked at a film festival and wrote some applications. I would say distribution sort of found me. I thought it was a great job -and still do- because you have to deal with films every day, which is what I’m interested in. It doesn’t get boring, and I’m very happy doing something that I really care about. I think it is all you can ask from a job, especially these days.

We had just released our biggest film this year, the German Oscar contender And Tomorrow the Entire World by Julia von Heinz, and went right into the 2nd lockdown, so I’m feeling quite low at the moment. However, in general, I think that there is a big chance for independent distribution and there will always be a niche where we can find the right films and the audience for them. I believe that cinemas will survive, because they are places for people to get together. I’m not pessimistic, but the question is: what will be left when all of this is over? If this goes on for another year, I think a lot of cinemas might close down for good, and maybe also distributors and producers… This is a really tough time to get through, but I think there is a future. 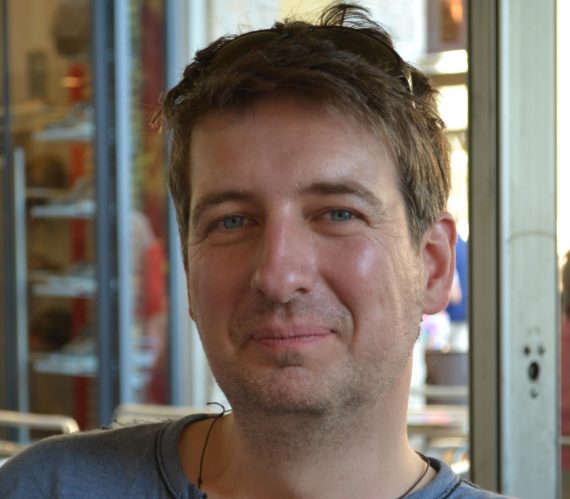