We caught the opportunity to chat with Yves Blösche, Managing Partner at Zürich-based distributor Filmcoopi. Our conversation revolved around the peculiarities of the Swiss market, the company’s editorial policy, its recent line-up ahead of Cannes as well as its distribution and marketing strategies.

Our Cannes line-up is pretty representative of Filmcoopi’s DNA. We focus on national and international arthouse cinema. We’re an old distribution company, as we were founded in 1972. We started off as a co-operative created by a bunch of Swiss filmmakers with the aim to promote their own films. It became a professional business later in the 1980s. In our Cannes line-up we’ve names such as Nanni Moretti [Tre piani], François Ozon [Everything went fine], Leos Carax [Annette] and Asghar Farhadi [A Hero] – all well-established directors! But we’re also supporting young talents such as Valdimar Jóhannsson, director of Lamb [an Icelandic-Polish-Swedish co-production taking part in the festival’s section Un Certain Regard], and he is a first time’s filmmaker. He made a really intriguing movie. Generally speaking, we’re trying to establish long-term relationships with producers, directors, sales agents and we’re keen to find new talent in order to build up a rich, diversified catalogue. Among other titles, we distributed Parasite two years ago, and all films of the likes of Ken Loach, Jim Jarmusch and Aki Kaurismäki. A younger generation is now taking over the business here at Filmcoopi and forming new relationships.

What are the Swiss market’s main challenges and peculiarities?

The main complexity is definitely handling three language-based territories in a market of 8 million people. We organise three promotional campaigns in three different languages – German, French and Italian. Our films require subtitles – even bilingual subtitling [with German subtitles on the first line and French ones on the second] – as well as different marketing strategies. For example, an actor may be famous in the French-speaking territory so you decide to sell the film through his image. Meanwhile, in the German-speaking territory you might want to focus on the film’s narrative and you need to change your angle. It’s a marketing challenge! And it’s getting more and more complex, as the market tends to think more in terms of language regions rather than territories. When it comes to distributing European titles, however, what is great is that in Switzerland we still screen many films in its original language, as we’ve a cinephile audience. Another positive aspect is that we’ve developed a good network of independent cinemas –in total, we have approximately 600 screens in Switzerland – and even in more peripheral and rural areas, cinemas screen arthouse films! Luckily enough, thanks to this wide network and the continuous engagement of exhibitors, we can satisfy the cinephiles’ demands. They’re a very reliable, loyal audience. In terms of the challenges, I’d say that the window for each film is getting smaller and smaller, so their time in cinemas is decreasing dramatically. Thus, the titles’ full potential is not fully exploited or valued, and the word of mouth cannot really spread. But that’s something we are facing all over Europe, I believe.

How do you see the work of a distributor? What is the added value it brings?

I see us as curators. We try to find films that are timely, with a relevant topic and inspiring for the Swiss audience. Distributing timely, urgent films is also part of our mission. Another important thing to add is that this is how Filmcoopi is being perceived in Switzerland. People tend to say that when they see our logo at the beginning of a film, they know it’s a quality stamp. It’s crucial that our titles must be of high artistic quality, timely and inspiring.

I’ll be talking about a very personal film, entitled Tomorrow [directed by Cyril Dion and Mélanie Laurent, 2015], an environment documentary. It’s one of these titles where you could experience something unusual as a distributor, because the best box-office week was the seventh! In fact, the film had a very strong word of mouth. We bought this film after receiving a booklet, and we were deeply inspired by what the directors wrote there. They wanted to prove that there’re already viable solutions to solve our environmental crisis. We started the campaign with a screening in Geneva at the UNO attended by diplomats and the filmmakers. We received a lot of press coverage and further attention was raised by the diplomatic world. We released the film just two weeks before Christmas and the word kept on spreading. It even inspired Geneva’s residents to make their own local movie [Demain Genève, 2018] as there were projects and groups forming inspired by the film. This is surely the most sustainable campaign we created. People used to write me about their reactions following the screenings every day. In the end, it’s all about the film [’s strength] … It speaks for itself. But I helped the film to find its audience and this is deeply satisfying.

What is your company’s main source of revenue?

Our main revenue comes from theatrical distribution followed by TV and VOD profits .Of course, lately we did more business with the VOD sector owing to the pandemic. But we still face challenges in selling arthouse films to the big Swiss platforms. They are very commercially orientated. Especially documentaries are quite difficult to place. VOD platforms are very selective. As of today, our main business remains theatrical.

Concerning the coronavirus crisis, what has been put in place by the government in terms of aid measures for distributors? What initiatives did you kick off to combat the downturn?

Our industry is very fragmented. I felt that at the beginning of the pandemic the Swiss professionals came together to defend the national industry. I think that’s something really important to highlight and a very positive outcome of this crisis. We’re now cooperating on a better level. Our political commitment in finding solutions to save the cultural sector allowed the government to allocate funds that helped us to go through the pandemic. As you know, many cinemas need to pay their rent, and it’d have been a disaster if most of these had to shut down owing to the crisis. Cinemas reopened at the end of April and things are tough It will be a very critical phase for the film industry and there might be some consolidation… Speaking about Filmcoopi, already before the pandemic we were looking for new ways to develop our company. In this respect, we started the company Setieme to coordinate the digital marketing campaigns of both distributors and cinemas This allows to communicate through the cinemas’ B2C channels and to spend the distributors’ media budget more effectively. We started following this approach in 2019, with the campaign attached to Ladj Ly’s Les Misérables, and we gradually got more and more cinemas and distributors involved. Next, during the outbreak we started this project on filmlivestreaming.ch. It is a collective virtual film experience, where we live-streamed titles already shown in theatres and invited directors or members of the film’s creative team. One of us at Filmcoopi was introducing the film, followed by a trailer and the actual screening of the picture. After the screening we had a virtual Q&A session with the invited filmmakers, allowing people to chat throughout the event and turn on their camera to ask questions directly to them. Now, as cinemas are reopening, we’re adapting the concept for real theatres, by streaming the event simultaneously in multiple venues and propose ways of interaction between the digital and the real world. We recently had our first event of this kind and it worked out very well. We need to face new ways of communication from a local and worldwide perspective.

My dad used to work at Filmcoopi. We’re now three young partners – Claudia [Badoer], Marco [Brazerol] and I. I’m the only one who has family background in distribution, as I was kind of born within this industry. I studied Business Administration & Tourism and then I worked in a marketing agency operating in the sectors of tourism, hospitality and event organisation. In 2010, I joined Filmcoopi’s marketing team, and now I’m one of the company’s partners. 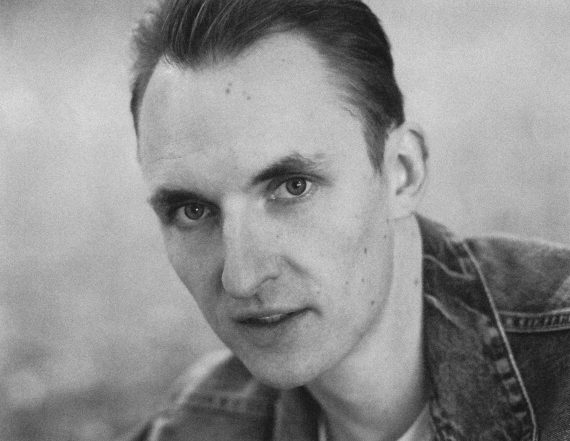