Igor Stankovic, CEO of MCF Megacom, offered us some insight into their diversified business model, explaining the particularities of the Serbian market and the importance of film festivals as promotional platforms for the release of arthouse titles in the region. Stankovic also shared with us his view on the need to support bigger distributors to achieve better results and visibility with small independent films.

The company was established 20 years ago. We started distributing European and independent titles, supplying festivals in the ex-Yugoslavian countries. In 2010, we started distributing and representing Hollywood studios in the territory. Apart from releasing European and independent films, we are also distributors for Disney and 20th Century Studio. At the same time, we hold a significant part of the distribution of domestic films in Serbia, with some of them making great results.

What can you tell us about your other lines of work?

We are also exhibitors, operating several cinemas under the companies Vilin Grad Cinema and CineGrand-MCF, and running the iconic Kombank Dvorana in the city centre of Belgrade, a 60 years-old venue with several screens, coffee bars, gallery, children’s area, conference centre, … On top of that, we are running MojOFF, a transactional VOD platform that will soon become subscription-based. We are now making cross-promotion, offering people who come to the cinema an opportunity to get some benefits on the platform and vice versa.

What are the main particularities and challenges of the market when it comes to the distribution of European and independent titles?

We are active in Serbia, Bosnia, North Macedonia, Montenegro and Albania, and we deal with partner companies in Croatia and Slovenia. Most of our films are screened at least at festivals in those countries, and many of them find a way to be distributed in cinemas and other platforms. Since we are also exhibitors, we are not facing that many issues when it comes to distributing European and independent films, especially combined with domestic titles. We release over 50 titles every year, so things are going smoothly. Talking specifically about the Serbian market, I would say it is very particular due to late development. The first multiplex in a shopping mall was opened only twelve years ago. In the last ten years, multiplexes have expanded, and thanks to that we had a raise in admissions of around 10% every year up to 2019.

However, I do believe there should be a paradigm shift in terms of European funds and support. Bigger distributors should be supported to get better results and visibility with independent films. Many times, smaller distributors lack the strength to handle those titles and compete with all the other films, while big distributors can always stand against other players. Big films could be easily distributed by smaller companies in a very successful way, because those titles are strong enough for themselves. On the other hand, big distributors should be supported to work on smaller films, so these can have a wider reach.

Have you noticed any particular audience trend within your market?

Every market is different, and everything is based on local tradition. In Serbia, films coming from Spain and France work really well, and the audience here is very familiar with directors from those countries. In Croatia, Italian films work better, while German titles are definitely the most successful in Slovenia. Across the board, good directors are the first thing that attracts the audience and makes them interested in a particular film.

How do you see your role as a film distributor? What do you think is the added value of your job?

I believe our added value comes from working closely with film festivals and providing them with quality titles. We are trying to create good platforms for the promotion of arthouse films, using all the tools available to reach the target audience for each film. At the same time, more commercial titles are also well promoted in the multiplexes using our knowledge and skills in that field.

Can you share with us any recent example of a successful campaign for a European film? What was special about it?

Every film is different, and we always try new things. For dubbed titles, for example, we organize premieres with the local talents and voice actors. We always generate great publicity out of that. The actors appear in different media, giving interviews and promoting the films, also using their social media accounts. It is all part of the agreement. Sometimes we organize quizzes, events or calls to action. For Astro Kid (Éric Tosti, 2019), the French animation film, we got in touch with all the schools in the country and encouraged students to participate in a contest to create their own planet. The prize was some equipment for the school, as well as organizing a special screening for the students. Eventually, we received over 200 different stories and drawings, and the film made over 10k admissions in Serbia, so it was quite successful.

What is the usual repartition of income for your films in terms of the different windows?

On a regular year, before the pandemic, theatrical would represent around 60% of our income, 30% for Free-TV, and the remaining 10% between Pay-TV, TVOD and SVOD. Theatrical and TV can vary in some small percentage, but those numbers have been more or less stable in recent years. Of course, when I say theatrical, I mean all the different approaches: cinemas, festivals, events …. As for this year, we still don’t know for sure, but I would say approximately 10% is coming from theatrical, 80% from TV and another 10% from VOD.

Were there any kind of measures put in place to support distributors during the pandemic? What kind of support do you think is needed and what is the situation now?

Cinemas were regularly open from May, although we decided to close our theatres for a few weeks at some point. At the moment, all cinemas should be closed by 9 pm, and there is a 50% limitation in capacity. We had to postpone many titles and moved a lot of them directly to platforms. Now we are more familiar with the situation, so we are not announcing our releases until a week before…

How do you see the future of your business? What is it that still motivates you to do this job?

We have struggled in our history and suffered from many other and worse disasters. Less than 30 years ago, terrible things were happening in the Balkans. Now we are all disappointed and feel really exhausted, but it will pass, sooner or later. We just have to wait and diversify our businesses. Maybe cinemas will not be the same, but once all this is over, people will be hungry for new films, and perhaps theatres will be even crowder than they were before.

Cinema is never going to die. Films make theatres something more than just popcorn stores, and films will last forever. That is what motivates me to keep going, acquiring films and working on them to find different ways to reach the audience. We will never get tired of films. 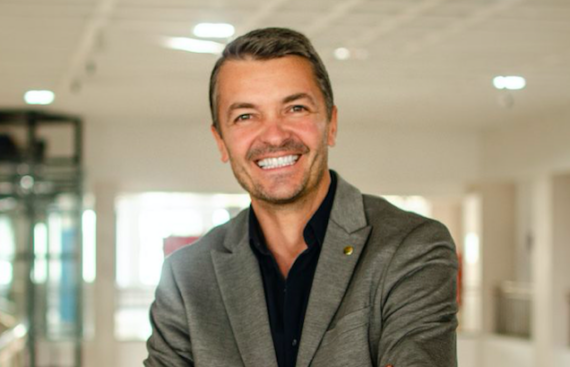